The first quarter of 2020 saw the highest number of announced North American metal forming transactions in the past eight years. Quarterly transaction volume increased 60% over the fourth quarter of 2019 and almost 80% over the same quarter last year. Private equity buyers continue to drive deal activity, accounting for approximately 75% of transactions announced in the first quarter. A closer look at the data, however, illustrates a significant slowdown as the impact of COVID-19 takes hold: Only seven transactions were announced in March and three in April. While there remains abundant private equity capital available to invest, both buyers and lenders are approaching new deals with caution. Sale processes that were prepared to launch have been put on hold while sellers assess the impact of COVID-19 on their businesses and travel restrictions impair buyer due diligence. The payroll protection program has provided liquidity for metal forming companies and allowed lenders to exercise patience, but an increase in special situation transactions is likely if company performance suffers for an extended period.

Financial buyers accounted for approximately three-fourths of metal forming transaction volume, roughly in line with the same period last year. The number of Aerospace transactions increased 100% over 2019 and represented almost a quarter of deals announced year-to-date. Industrials continue to constitute the bulk of transaction activity, increasing 38% year over year. Volumes in the remaining metal forming sectors were relatively flat versus the prior-year period.

Share of Transactions by Buyer Type (YTD through April) 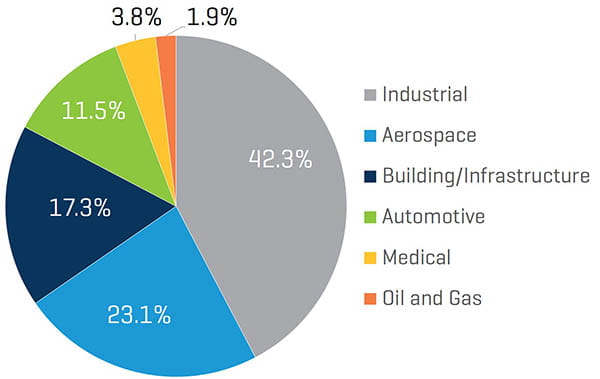 Notable transactions announced through April 2020 include:

After a bull market that has lasted for over a decade, the U.S. stock market saw one of the worst quarterly declines in history as the COVID-19 crisis unfolded. For the first three months of 2020, the Dow was down approximately 23%, while the S&P 500 and Nasdaq were down 20% and 14%, respectively. Within the metal forming industry, EV/EBITDA multiples for all sectors were down in April as compared with the end of 2019.

As expected, all metal forming indices have seen negative impacts from recent market volatility surrounding COVID-19; all sectors are trading at or below April 2015 levels.  Despite the downward pressure caused by the broader market, the Medical, Building & Infrastructure, Industrial and Aerospace sectors have seen stable increases from the market rally beginning the last week of March.

Domestic metals prices suffered in the first quarter from anticipated declines in automotive, commercial aerospace, building products and other industrial production. The collapse in energy prices and drilling activity have also taken a toll on finished metal and scrap prices, although ferrous scrap prices have rebounded in the second quarter as automotive and scrapyard shutdowns crimped supply.

Advised on sale for leading provider of turnkey packaging solutions 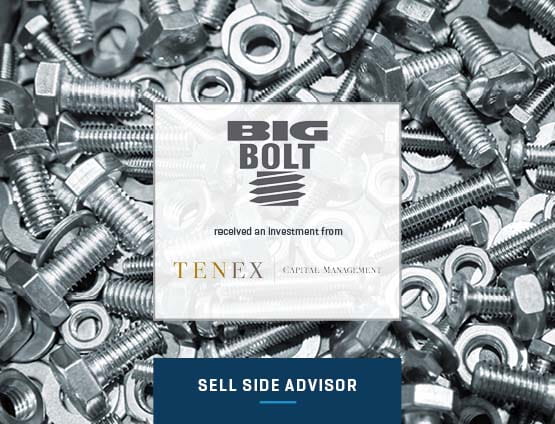