There were 399 plastics industry M&A transactions in 2019, a 4% decrease relative to 2018. This decline was largely due to a 20% drop in fourth-quarter 2019 volume, year over year, as well as a decline in cross-border and international transactions. Despite the slightly lower activity, there continues to be significant interest in plastics companies across processes and end markets, particularly in the U.S. market. Industrial plastics led the charge during 2019 with an 8% increase, followed by automotive with a 5% increase, while medical and plastic packaging deals declined. From a process perspective, several smaller, ‘niche,’ categories saw increases with prototyping, machinery, and tool and die transactions increasing 133%, 29%, and 14%, respectively. From a seller’s perspective, privately held businesses saw a slight increase, while private equity and corporate carveout sales were down. From a buyer’s perspective, financial buyers acquiring businesses as new platforms increased 20%, while strategic and hybrid activity declined. In addition, there was a slight increase in domestic transactions, while cross-border and international transactions were down.

Industrial plastics M&A activity was the biggest driver during 2019 with an 8% increase. Within the industrial plastics segment, most process types were up, although injection molding, resin/compounding, machinery, and distribution were particular bright spots. While a smaller segment within plastics M&A, automotive activity also increased 5% during 2019. Medical plastics and plastic packaging, the second largest segment, ended with 37% and 16% declines, respectively, for the year. There is somewhat of a scarcity within medical and plastic packaging, which could be a contributor to the decline given that there continues to be high demand for these businesses.

M&A activity involving seven out of the 10 plastic processes tracked by Stout were flat or up during 2019. Bright spots for the year included resin/compounding, machinery, tool and die, prototyping, and distribution.

Strong stock market performance continued in 2019 with most public companies and indices, generally speaking, continuing to be at or near all-time highs. For 2019, the Dow was up approximately 22%, while the S&P 500 and Nasdaq were up 28% and 34%, respectively. Within the plastics industry, all public company segments continue to maintain relatively high valuation levels, with all eight plastics industry sectors that Stout tracks ending up for 2019.

Key macroeconomic indicators, including GDP, consumer confidence, unemployment and other metrics remained strong during 2019. Capital markets continue to be favorable for M&A activity and there remains a relatively low cost of capital environment. Crude oil prices increased 35% during 2019, while natural gas prices were down 26%. Resin pricing for commodity plastics generally declined during 2019, while engineering grade resins were generally flat. 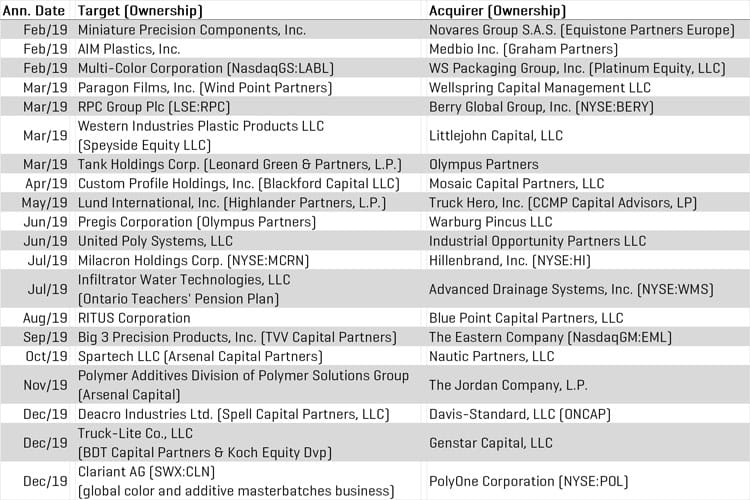 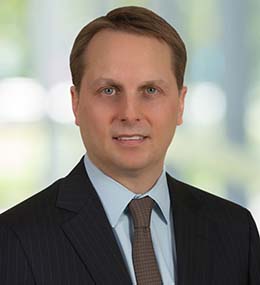 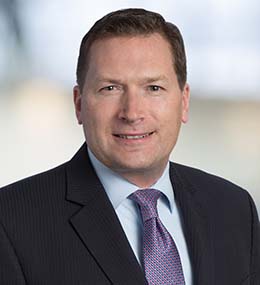 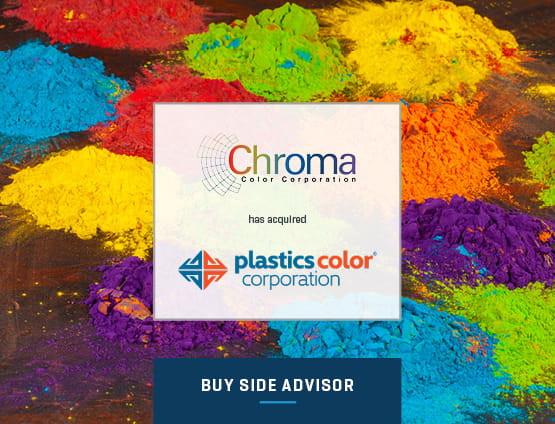 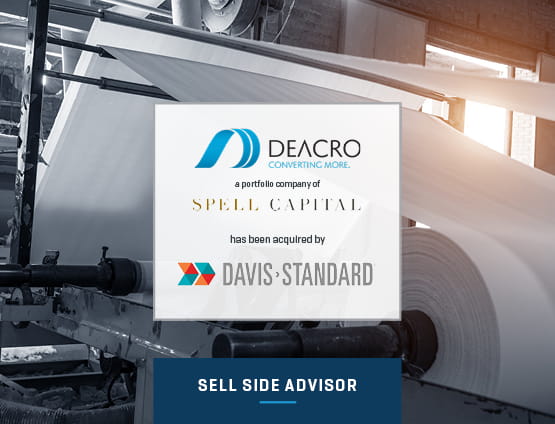 Advised on sale of manufacturer of slitter rewinder equipment