Practitioners should be aware of theoretical and methodological concepts before using forward-citation analyses to allocate patent value in portfolio licenses.

One method for allocating value among patents in a portfolio license that has been used with increasing frequency is a citation-based analysis. Certain practitioners and academics believe that forward-citation counts can be used to measure the significance of one patent relative to other patents under the theory that citation counts can be used as an indicator of patent value.[1] Recently, the courts have been asked whether it is appropriate to use a citation analysis to determine relative patent value. While it appears that the courts have in some circumstances accepted the use of forward-citation analyses, there remain certain unresolved issues and pitfalls of which patent practitioners should be aware.

For example, in Finjan, Inc. v. Blue Coat Systems, Inc., No. 5:2015-cv-03295 (N.D. Cal. 2016) the plaintiff's expert used a forward-citation analysis in an attempt to allocate value to the patents-in-suit. The court held that while a qualitative analysis based on forward citations may be probative of a reasonable royalty in some instances, the expert’s analysis should nevertheless be excluded because the expert did not adjust for self-citations. The ruling stated, “Surely a patent’s objective quality cannot be based on the number of times an inventor cites himself in prosecuting related patents.”

Alternatively, in Better Mouse Company, LLC v. Steelseries APS, et al., Case No. 2:14-cv-198-RSP (E.D. Tex. 2016) the court admitted the defendant’s forward-citation analysis despite the fact that it did not adjust for citations to related patents in the same family. The ruling stated, “The Court does not … propose a blanket rule that … [citations] to related patents must always be” accounted for.

An Overview of Patent Citations

A specific patent can cite another patent as prior art – this is a “backward citation.” Alternatively, the specific patent can be cited as prior art by another patent – this is a “forward citation.” Patent citations exist because a patent examiner searches the patent prior art to identify any prior disclosures of the same or similar technology. If a prior art document is found, then the examiner cites that document in the record. Citations are also created by applicants when they cite relevant prior art on an Information Disclosure Statement.

Within the last few years, damages experts in patent infringement litigation matters, with limited options available for determining the relative value of the individual components of complex patent portfolio licenses, have attempted to incorporate forward-citation analyses into their damages opinions. It appears that these experts rely on the findings of the academic literature; that is, there is a positive correlation between forward-citation counts and economic value. While certain district courts have allowed damages experts to rely on forward-citation analyses, the Federal Circuit has yet to weigh in on the issue. Until it does, the debate over the correct use of forward-citation analysis will continue. Below we identify and consider certain factors that patent practitioners may want to evaluate.[3]

Some intellectual property practitioners have proposed the theory that a large number of forward citations to a patent is evidence that the patent holder was an early entrant in a field that is now crowded with competitors. This implies that a highly cited patent is potentially very valuable because it can be used to exclude multiple competitors from the market. But it is unclear whether a forward-citation analysis can determine whether a patent actually has value, or the degree to which specific infringers derive value from the patented technology.

Certain practitioners note that forward citations relate to potential value – not to actual value.[4] A stark example of this point is the now infamous “Stick Patent” (USP 6,360,693). In 1999, an applicant filed a patent for an animal toy that can be used by a dog to either fetch, carry, or chew. The patent issued in 2002, but upon reexamination the U.S. Patent and Trademark Office (USPTO) canceled all of the claims in 2006. The Stick Patent presents an interesting case study because its 38 forward citations – a high number considering the median forward-citation count is zero are not determinative of its value.[5] In fact, because all of the claims have been canceled, the Stick Patent has zero value. While one example may not undermine the full body of academic work, it reinforces the notion that an observed average relationship might not hold true for a specific patent.

Another consideration that can impact the reliability of a forward-citation analysis is the age of the relevant patent. All else being equal, a recently issued patent may have fewer forward citations than older patents in the same technology space, simply due to the fact that the older patents will have had more time to accrue forward citations. This is not necessarily a reflection of the relative value of an older patent compared with a recently issued patent, but rather a byproduct of the amount of time that patent applicants have had access to the disclosure of the respective patented inventions.

Despite the seemingly simple concept of measuring value through citation counts, a citation-based evaluation may involve a number of methodological decisions, all of which could materially affect citation counts and in turn lead the practitioner to assign an erroneous value to the patent.[6] At present, there is no consensus regarding how an expert should address certain citation-based variables, including citations to published applications, self-citations, and certain prosecution-related issues. Because of the lack of consensus, users of a patent citation analysis must be aware of the differences in available methodologies and of the pros and cons of using these methodologies.

Citations to published applications and patents

Since the passage of the American Inventors Protection Act, the USPTO publishes patent applications 18 months after filing, though applicants can request nonpublication under certain circumstances. These “pre-grant publications” (or “PG Pubs”) are referenced by practitioners with a unique 11-digit number (e.g. 2009/0005814). In general, each PG Pub contains the full text, drawings, and claims from a utility patent application. Once published, the PG Pub becomes available to the examining corps and to the public as prior art. Taking the current allowance rates as a benchmark, we can assume that approximately 55% of PG Pubs ultimately mature into granted patents.[7] The implication is that approximately 55% of all applications will have both a PG Pub number and a patent number. This may be cause for concern where an expert might not understand the double-counting implications.

For example, USP 5,459,717 was cited by both PG Pub No. 2001/0050912A1 and USP 7,103,053B2, both relating to the same application (09/841,189). It may be necessary to adjust the forward citation count of the ’717 patent to exclude reference by one of the PG Pub or the subsequently issued patent. While this counting issue may seem trivial, it is worth noting that academic studies generally agree that the mean number of forward citations is relatively small, at 13, while the median number of forward citations is zero.[8] [9] In order to capture the whole picture, it may make sense to adjust forward citation counts so that the analysis does not double count the citation to both the PG Pub and the subsequent patent, and thus inflate the economic impact of the patent-in-suit.

The duty of disclosure results in self-citations

The underlying premise of a forward-citation analysis is that the analysis can be used to measure knowledge spillovers (defined herein as “an event when the knowledge of one entity facilitates the innovation by another entity”). Experienced patent practitioners will understand that a company with a long history of patenting in a particular field will likely disclose numerous of its own patents as prior art because the company and its attorneys have a duty to disclose any patent documents that might have a material impact on patentability. This duty of disclosure often results in self-citations (references to an applicant’s other patents), and a self-citation is, by definition, not a knowledge spillover.

For example, USP 6,950,430B2 is assigned to Broadcom and is cited by other Broadcom patents, including USP 7,136,381B2 and USP 8,274,971B2. Thus, a practitioner performing a citation analysis may want to consider whether it makes sense to adjust citation counts to exclude self-citations, which are, by definition, not measuring knowledge spillovers.

The same invention can be disclosed in numerous patents

Certain academics have questioned whether and to what extent a forward-citation analysis should adjust for the disclosure of the same invention within related patents.[10] As experienced practitioners will appreciate, a portfolio of continuation patents will, by definition, describe the same inventive subject matter in its specifications. In many cases, the specifications of subsequently filed child applications are identical to their parent application(s); the same may be true regarding their abstracts, drawings, priority dates, assignees, and inventors. Given the possible existence of multiple patents disclosing a common invention, an analyst may want to perform a patent citation analysis on a patent-family by patent-family basis so as not to inflate or deflate the relative value of the patent-in-suit.

While patent citation data is often used as an indicator of relative value of patents, there are numerous factors an expert may want to consider before using a forward citation in apportioning value among patents in a portfolio license. The expert may want to support his or her assumption that a forward-citation analysis is an indicator of relative value to a specific party, and may also want to demonstrate the degree to which the resulting damages opinion accounts for commonly raised concerns, such as noninfringing alternatives, the frequency of use, and remaining economic life, among others. 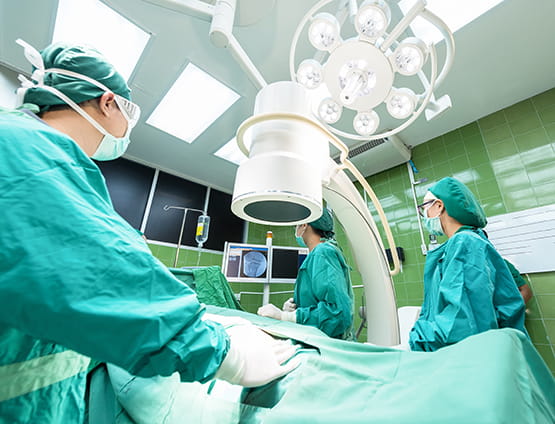 Valuation of intellectual property for contribution to a pharmaceutical joint venture