'Market Value' Damages What Are the Implications of Aqua Shield?

'Market Value' Damages What Are the Implications of Aqua Shield?

In its 2014 decision in Aqua Shield v. Inter Pool Cover Team, et al. (“Aqua Shield”), the United States Court of Appeals for the Federal Circuit (the “Court” or the “Federal Circuit”) stated:

An especially inefficient infringer — e.g., one operating with needlessly high costs, wasteful practices, or poor management — is not entitled to an especially low royalty rate simply because that is all it can afford to pay without forfeiting or unduly limiting its profit if it uses the patented technology rather than alternatives. Thus the royalty the particular infringer could profitably pay by going about its business in its particular way does not set the market value that the hypothetical negotiation aims to identify.1

Later in the same opinion, the Court cited the copyright case Gaylord v. United States2 (“Gaylord”) as support for the idea that “the ultimate royalty determination must reflect the two-sided nature of the posited negotiation”3 and that copyright law “uses a hypothetical negotiation to estimate fair market value in a similar way” .4

This article has two purposes: 1) to explore the differences between fair market value and another potentially relevant standard of value, investment value; and 2) to highlight two other U.S. federal court decisions, in addition to Aqua Shield, in which the courts appear to have utilized both investment value and fair market value standards in deciding appeals related to the proper determination of reasonable royalty damages.

Defining the Standard of Value Issue

First, we want to step back and provide a framework for considering the Court’s statements from Aqua Shield. When patents are valued in non-litigation settings, the valuation analyst typically defines the standard of value under which the valuation is performed. “Standard of value” has been defined as “the identification of the type of value being utilized in a specific engagement; for example, fair market value, Fair Value, investment value.”6 “Fair market value” has been defined as “the price, expressed in terms of cash equivalents, at which property would change hands between a hypothetical willing and able buyer and a hypothetical willing and able seller, acting at arm’s length in an open and unrestricted market, when neither is under the compulsion to buy or sell and when both have reasonable knowledge of the relevant facts.”7 Alternatively, “investment value” has been defined as “the value to a particular investor based on individual investment requirements and expectations.”8

Given these perspectives, the Federal Circuit’s use of the terminology “market value” and “fair market value” in Aqua Shield, if taken literally, could cause a damages analyst to consider hypothetical, unspecified licensors and licensees in the market in place of the specific plaintiff and defendant in the relevant litigation matter. Notably, a pure fair market value perspective appears to contradict certain Federal Circuit and U.S. federal district court patent damages case law.

In the Aqua Shield decision, the Federal Circuit appears to refer to both fair market value and investment value standards. As described earlier, the Federal Circuit explicitly used the terms “market value” and “fair market value” in Aqua Shield to describe the nature of the reasonable royalty that is to result from the hypothetical negotiation. However, the Court commented that “the ultimate royalty determination must reflect the two-sided nature of the posited negotiation,” which may indicate that the Court focused on the two specific parties to the hypothetical negotiation and does not appear to account for other unspecified players in the market, which a fair market value standard would typically require.10

Again, despite the Federal Circuit’s use of the term “fair market value,” its use of the article “the” appears to reference investment value concepts (i.e., the value of the patent-in-suit to the specific parties involved in the transaction).

The well-known reasonable royalty damages case, Georgia-Pacific Corp. v. United States Plywood Corp. also appears to reference both fair market value and investment value concepts. In many of the 15 Georgia-Pacific factors, the U.S. District Court for the Southern District of New York (SDNY) referred to “the” patentee, “the” licensor, and “the” licensee, indicating an investment value perspective. For example, factor 6 considers “the effect of selling the patented specialty in promoting sales of other products of the licensee; the existing value of the invention to the licensor as a generator of sales of his non-patented items” [emphasis added].12 Factors 1, 2, 4, 5, and 11 similarly indicate investment value concepts. The focus on the benefits of the patent-in-suit to the specific parties to the hypothetical negotiation is exactly the type of analysis an investment value perspective requires, thus contradicting a reliance on a fair market value standard.

However, when the SDNY finally got to Georgia-Pacific factor 15, it appears to have considered a hypothetical licensor and licensee in a manner more consistent with a fair market value perspective. In factor 15, the SDNY switched away from using the article “the” in reference to patentees, licensors, and licensees. Instead, it used the article “a,” which is more hypothetical and less specifically defined as the parties to the suit:

The amount that a licensor (such as the patentee) and a licensee (such as the infringer) would have agreed upon (at the time the infringement began) if both had been reasonably and voluntarily trying to reach an agreement; that is, the amount which a prudent licensee — who desired, as a business proposition, to obtain a license to manufacture and sell a particular article embodying the patented invention — would have been willing to pay as a royalty and yet be able to make a reasonable profit and which amount would have been acceptable by a prudent patentee who was willing to grant a license [emphasis added].13

As another example, the Court’s decision in LaserDynamics, Inc. v. Quanta Computer, Inc. (“LaserDynamics”) also indicates both fair market value and investment value concepts.14 In LaserDynamics the Court stated: “Our holding is consistent with the purpose of the hypothetical negotiation framework, which seeks to discern the value of the patented technology to the parties in the marketplace when infringement began” [emphasis added].15 The use of the term “the parties” seems to indicate an investment value standard. The Court, however, went on to state: “Indeed, the basic question posed in a hypothetical negotiation is: if, on the eve of infringement, a willing licensor and licensee had entered into an agreement instead of allowing infringement of the patent to take place, what would that agreement be?” [emphasis added].16 Here, what appears to be a reference to a more generic licensor/licensee pair may instead indicate a fair market value perspective.

A literal read of the “market value” quote from Aqua Shield may indicate that it is appropriate to apply a damages approach consistent with the fair market value standard as the term of art is used in the valuation profession. However, this perspective seems to be inconsistent with other U.S. federal court cases, which suggest a mix of investment value and fair market value considerations.

The terminology in the Federal Circuit’s Aqua Shield opinion brings into sharper focus the ambiguity regarding whether a market value approach (i.e., fair market value standard) or a specific-party approach (i.e., investment value standard) is the more appropriate lens through which to determine reasonable royalty damages. In certain instances, this ambiguity can reduce the ability of courts and experts to determine reasonable royalty damages with the consistency that most constituents with a stake in patent litigation desire. 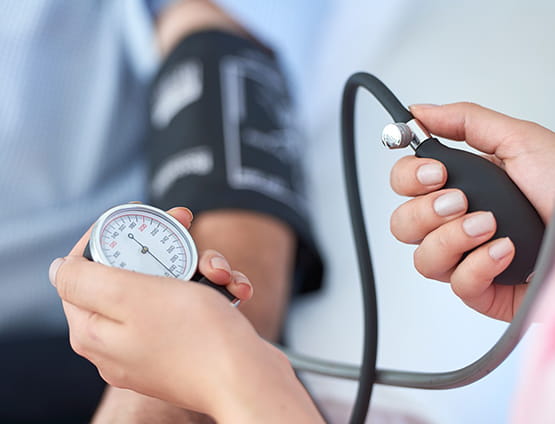