In the patent infringement dispute between Summit 6, LLC (“Summit”) and Samsung, the Court of Appeals for the Federal Circuit (“CAFC”) considered a number of issues related to damages. The CAFC’s opinion addressed issues related to the standard judges consider in their determination of the admissibility of damages experts’ testimony, the sufficiency of the evidence in supporting the jury’s damages award, and whether the jury’s damages award compensates the Summit only for Samsung’s past infringement or for Samsung’s past and future infringement.

This article provides background regarding the case, Summit 6 v. Samsung, the CAFC’s reasoning regarding these issues, and key takeaways to keep in mind as a result of the ruling.

In 2011, Summit filed suit in the Northern District of Texas alleging patent infringement against a number of parties, including Samsung, Research In Motion (“RIM”) and Facebook. Summit alleged that the parties infringed U.S. Patent No. 7,765,482 (“the ‘482 patent”),1 which describes an “improved web-based media submission tool.” The embodiment of the invention described in the patent specification focused on a tool (software) that enables a user to submit a photo to a website by two means:

Following the court’s claim construction ruling in May 2012, RIM settled with Summit. Likewise, Facebook settled following the court’s summary judgment rulings in February 2013, leaving Samsung as the only remaining defendant. A six-day trial began on May 29, 2013.

Summit’s damages expert testified to a running royalty of $0.28 per phone, which amounted to a reasonable royalty of approximately $29 million. Based on two license agreements, Samsung’s damages expert testified that a lump-sum royalty of $1.5 million was appropriate. The jury ultimately found that the asserted claims of the ‘482 patent were not invalid and were indeed infringed by Samsung. The jury awarded Summit $15 million in damages, which it specifically identified as a lump-sum award.

Should the Testimony of Summit’s Damages Expert Have Been Excluded?

Summit’s damages expert utilized what is generally known as an income approach to arrive at his damages opinion. An income approach typically involves determining a royalty based on the profit attributable to the patented invention.

After considering Samsung’s annual reports, internal cost and revenue documents, and interrogatory responses, Summit’s expert determined that 6.2% of the phone’s overall production cost was related to the camera component. As such, he attributed 6.2% of the revenue generated per phone to the camera, concluding that carriers pay $14.15 to include a camera component in Samsung’s phones.

To apportion the camera-related revenue further, the damages expert relied upon surveys Samsung commissioned in the ordinary course of business and one survey he found independently. Based on the surveys, he found that:

Using Samsung’s annual reports, Summit’s damages expert estimated that of the $2.93 of apportioned revenue, $0.56 reflected profit attributable to the patented invention. He reasoned that a portion of the $0.56 profit (the benefit from the patented invention) would go to Summit in the form of a royalty, and Samsung would retain the remaining portion. He considered the parties’ bargaining positions, found that neither had a stronger bargaining position, and concluded that the parties would have split the benefit evenly, resulting in a reasonable royalty rate of $0.28 per device.

Samsung argued that the testimony of Summit’s expert should have been excluded for three reasons:

The CAFC disagreed with Samsung.

After discussing the legal underpinnings of the trial judge’s role as gatekeeper with regard to expert testimony, the CAFC summarized its view, indicating that “where the methodology is reasonable and its data or evidence are sufficiently tied to the facts of the case, the gatekeeping role of the court is satisfied, and the inquiry on the correctness of the methodology and of the results produced thereunder belongs to the factfinder.”3 Given this standard, the CAFC found that methodology employed by Summit’s expert was “based on reliable principles and was sufficiently tied to the facts of the case.”4 Moreover, the CAFC found that because a methodology is not peer-reviewed or published does not necessitate its exclusion.

The CAFC also did not agree that Summit’s expert based his opinion on the flawed assumption that a feature’s use is proportional to its value. The opinion cited its ruling in Lucent v. Gateway & Microsoft and Georgia-Pacific factor 11 (which considers the use of the invention and any evidence probative of the value of that use) as bases for its opinion and its disagreement with Samsung.

Finally, the CAFC was not persuaded by Samsung’s argument that the expert’s use of the surveys was unreliable. Rather, the CAFC found that one “need not be a survey expert to testify about the information compiled by third-party surveys, so long as the information is of a type reasonably relied upon by experts in the field to form opinions upon the subject.”5

Was the $15 Million Award Supported by Substantial Evidence?

Subsequent to the jury verdict, Samsung filed a JMOL motion, arguing that the $15 million award was not supported by substantial evidence. The judge denied Samsung’s motion, so Samsung appealed the denial to the CAFC. Samsung argued that the award lacked substantial evidentiary support because

As indicated previously, the CAFC found that the district court acted appropriately by not excluding the testimony of Summit’s damages expert.

The CAFC, therefore, disagreed with Samsung, finding that the testimony of Summit’s expert and the RIM settlement provided sufficient evidence to support the $15 million jury award.

Did the $15 Million Award Compensate Summit for Future Infringement?

As indicated previously, although Summit’s damages expert testified to a running royalty amounting to approximately $29 million and Samsung’s damages expert testified to a lump-sum royalty of $1.5 million, the jury awarded $15 million and specifically wrote the words “lump sum” on the verdict form.6 The district court interpreted the “lump sum” wording to indicate a one-time payment that would compensate Summit for Samsung’s use of the patented technology through the life of the patent and therefore denied Summit’s request for an ongoing royalty. Summit appealed to the CAFC, contending that the award provided compensation only for Samsung’s past infringement and that Summit was entitled to recover additional damages for Samsung’s future infringement. Summit argued that

The CAFC found no basis for reversing the district court’s ruling. It pointed to three facts:

The CAFC's opinion in Summit 6 v. Samsung touched on a number of issues pertinent to damages. Damages experts and attorneys should take away the following key points from the case: 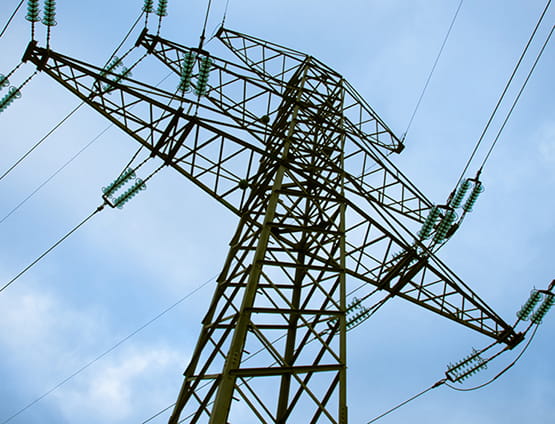