The Federal Circuit’s opinion in CSIRO v. Cisco touched on a number of issues pertinent to damages and offered some key takeaways for damages experts and patent attorneys.

This article provides background on CSIRO v. Cisco, explains the Federal Circuit’s reasoning, and offers key takeaways from the ruling.

On January 23, 1996, U.S. Patent No. 5,487,069 (“the ‘069 patent”) issued and was assigned to CSIRO. The ‘069 patent, which generally pertains to wireless local area networks, discloses techniques directed to solving issues that arise when wireless signals reflect off objects and interfere with each other. The ‘069 patent was included in the first revision of Institute of Electrical and Electronics Engineers (“IEEE”) wireless standard 802.11a and is essential to certain later iterations of the Wi-Fi standard, including 802.11g, 802.11n and 802.11ac. In a letter of assurance submitted to the IEEE, CSIRO pledged to license the patent on reasonable and non-discriminatory (“RAND”) terms with regard to the 801.11a standard, but it refused to encumber the ‘069 patent with a similar RAND commitment for the g, n and ac revisions.

In 1999, during the early days of the 802.11 standard, CSIRO licensed the technology to Radiata Inc. (“Radiata”), a company focused on the sale of wireless chips, which was founded by three individuals including a named inventor of the ‘069 patent. The Technology License Agreement (“TLA”) between CSIRO and Radiata identified an initial royalty rate of 5% of net revenue, with this rate decreasing in 1% increments, to a minimum rate of 1%, as sales volume increased.

Cisco acquired Radiata in early 2001. As part of the acquisition, the TLA was amended, largely to allow Cisco to take Radiata’s place in the TLA. The TLA was amended again in September 2003 and Cisco paid royalties under the TLA until 2007, when it stopped using Radiata-based chips in its products. The total royalties paid by Cisco under the TLA amounted to more than $900,000.

Around 2003, CSIRO began trying to license the ‘069 patent to other participants in the Wi-Fi industry. In 2004, it began offering licenses based on a “Rate Card,” but it never executed any licenses.3 The Rate Card was structured with different rate ranges depending on the number of days between the offer and the acceptance of a license. Moreover, within each range, rates decreased as sales volume increased. The lowest rates — applicable if a license was accepted within 90 days of being offered — ranged from $1.40 per unit (for sales greater than 20 million) to $1.90 per unit (for sales less than 1 million).

In 2004, while still licensing the technology under the TLA, CSIRO offered to license Cisco based on the Rate Card rates. Cisco declined the offer. The following year, Cisco’s Vice President of Intellectual Property suggested that a rate of $0.90 per unit would be more appropriate, but still the parties never agreed to a new royalty rate structured as an amount per unit. The $0.90 per unit royalty rate was not much lower than the rate Cisco was paying at the time under the TLA, but over time, Cisco’s royalties declined significantly due to rapidly decreasing chip prices.

In 2011, CSIRO filed suit against Cisco in the Eastern District of Texas for infringement of the ‘069 patent. Nearly two years later, Cisco stipulated that it would not contest infringement and validity issues. The parties subsequently agreed to a bench trial to determine damages.

He determined that Cisco generated a profit premium for those products that practiced the ‘069 patent, ranging from $6.12 to $89.93 per unit for Linksys-branded products and $14 to $224 per unit for Cisco-branded products. After considering the Georgia-Pacific factors, CSIRO’s expert opined to a volume-tiered royalty rate ranging from $1.35 to $2.25 per unit, which resulted in damages in excess of $30 million.

On July 23, 2014, the district court issued its findings of fact and conclusions of law, in which it rejected both experts’ damages models and opinions. The district court rejected the opinion of CSIRO’s expert for various reasons, including his “performing [an] ‘arbitrary’ final apportionment and having broad profit premium ranges.”4

With regard to Cisco’s damages expert, the district court found fault with his use of the TLA, indicating that the TLA was not comparable to the license that would have resulted from the hypothetical negotiation. The district court’s criticism focused on the fact that Cisco’s damages model based its royalties on chip prices, stating that “[t]he benefit of the patent lies in the idea, not in the small amount of silicon that happens to be where that idea is physically implemented” and that “[b]asing a royalty solely on chip price is like valuing a copyrighted book based only on the costs of the binding, paper, and ink needed to actually produce the physical product. While such a calculation captures the cost of the physical product, it provides no indication of its actual value.”5

The district court identified the following four findings as reasons to support its rejection of the TLA:

The Federal Circuit disagreed with Cisco’s first contention that the district court erred by not considering the SSPU. In its reasoning, the Court acknowledged the principle of apportionment that underlies Cisco’s argument. And while the Court also acknowledged that “the smallest salable patent-practicing unit principle states that a damages model cannot reliably apportion from a royalty base without that base being the smallest salable patent practicing unit,” the Court found that this principle did not apply in the instant matter because “the district court did not apportion from a royalty base at all.”7 Rather, the Court found that because the royalty rates the district court used in its calculation stemmed from the rates that the parties actually negotiated for the right to practice the ‘069 patent, no adjustment or apportionment was necessary to account for other factors. Furthermore, it stated that a rule that requires all damages models to begin with the SSPU is “untenable” and in conflict with prior damages models approved by the Federal Circuit based on comparable licenses.

The Federal Circuit agreed with Cisco’s second argument. It found that the district court should have modified the Georgia-Pacific factors similarly to what was done in Ericsson v. D-Link.8 While CSIRO argued that such modifications were not necessary because no obligation to license the products on RAND terms was made (i.e., the accused products did not use the 802.11a standard), the Federal Circuit found that modifications to the Georgia-Pacific factors were necessary for SEPs and not just RAND-encumbered patents. The Federal Circuit reasoned that if the Georgia-Pacific factors and analyses were not adjusted, patentees stood to receive all the benefit created from standardization rather than those benefits appropriately flowing to consumers and businesses that practice the standard. Additionally, the Federal Circuit noted that the district court failed to consider the possibility that the $0.90 to $1.90 per unit rates that it used in its analysis could have been impacted by standardization, and that some portion of those rates could have included value resulting from the standard’s adoption. In support of this notion, the Federal Circuit pointed to the fact that not even one entity had accepted a license at the Rate Card rates.

In light of its findings, the Federal Circuit vacated the damages award and remanded the matter to the district court to reevaluate damages.

The Federal Circuit’s opinion in CSIRO v. Cisco touched on a number of issues pertinent to damages. Damages experts and attorneys should take away the following key points from the case: 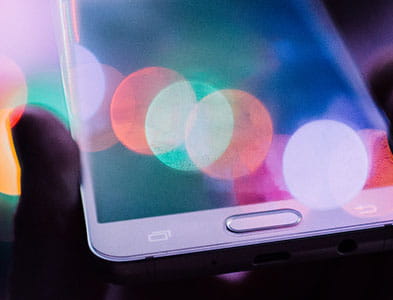