Applying the entire fairness standard, the court ruled the defendants met their burden.

The Delaware Court of Chancery recently issued a decision in the matter of Marion Coster (“plaintiff”) v. UIP Companies, Inc. (“UIP” or the “company”), Steven Schwat, and Schwat Realty LLC (“defendants”).[1] Vice Chancellor Kathaleen McCormick’s opinion resolved the plaintiff’s dispute over the control and ownership of UIP following a sale of previously unissued stock to a company executive. The court applied the entire fairness standard of review to the disputed stock sale, investigating the fairness of the sale process and sale price, and found that defendants met their burden under the standard, validating the stock sale.

Prior to the disputed stock sale, UIP was owned equally by Schwat, who was a co-founding principal of the company, and the plaintiff, who was the surviving spouse of UIP’s deceased co-founding principal. Shortly following the plaintiff’s inheritance of 50% of the company, she and Schwat encountered repeated voting deadlocks regarding a buyout of her ownership stake, board of directors elections, a custodial appointment, and other matters of ownership, ultimately leading to litigation.

In response, Schwat caused UIP to sell unissued stock representing one-third of the equity of UIP to a long-time company executive at a purchase price of $41,289.67 (the “stock sale”). The purchase price was determined based on the defendants’ independent appraisal of UIP, completed in August 2018 (the “appraisal”). The resulting change in ownership broke the voting deadlock but lead to additional litigation filed by the plaintiff seeking to invalidate the stock sale.

Vice Chancellor McCormick investigated the independence of UIP’s board. She determined that a majority of the board that approved the stock sale was interested in, or lacked independence from, a party that was interested in the transaction. This opinion rendered the defendants responsible for the burden of proving that the stock sale passes muster under Delaware’s “entire fairness” standard of review, including aspects of fair dealing and fair price. Vice Chancellor McCormick determined on evidence that the stock sale was free from material process defects and found that the plaintiff’s fair dealing arguments did not prove that the sale price for the stock sale was unfair, leaving the fair price inquiry for the court’s evaluation in order to render a decision.

Fair Price and the Appraisal

The appraisal considered the Income Approach, Market Approach, and Asset Approach to valuation. It ultimately rejected the Market Approach because of a lack of comparable companies, and it rejected the Asset Approach because it resulted in a negative book value of equity. In applying the Income Approach, the appraisal utilized the Capitalized Cash Flow Method by estimating normalized sustainable free cash flows of the company and dividing by a capitalization rate calculated as UIP’s weighted average cost of capital (WACC) less its estimated long-term growth rate.

The appraisal estimated normalized free cash flow using normalized revenue of $30 million and a 1.0% earnings before interest, taxes, depreciation, and amortization (EBITDA) margin. The normalized revenue approximated the company’s actual results for the latest 12-month period preceding the appraisal, while the EBITDA margin assumption was noted as being “consistent with market expectations based on the nature of the company’s business operations.”

The appraisal estimated a WACC of 25.0% for UIP by aggregating the following inputs: a normalized risk-free rate of 3.5%, an equity and size-risk premium of 14.1%, a specific company and industry risk premium (SCRP) of 7.5%, and a capital structure of 100% equity and 0% debt. While UIP had nearly $500,000 of debt, the appraisal concluded that the company’s debt had the attributes of equity because it was personally guaranteed by the owners. From the WACC, the appraisal deducted a long-term growth rate of 4.0% “extrapolated from a Federal Reserve forecast” to yield a capitalization rate of 21.0%. Dividing free cash flow by the capitalization rate rendered an enterprise value of $1,071,822, from which the appraisal deducted a working capital deficiency and interest-bearing debt to reach a concluded equity value of $123,869.

Plaintiff Arguments to Discredit the Appraisal

The plaintiff’s chief complaints regarding the appraisal were threefold:

Responding to the plaintiff’s complaints on normalizing adjustments to free cash flows, the defendants argued that estimating market expectations for profitability was not appropriate given unique characteristics of the company that rendered a market comparison irrelevant. Moreover, the defendants offered that the appraisal considered market compensation information during the course of the analytical process, and the plaintiff did not provide an alternative for market compensation for the court to consider. The court did not find sufficient evidence to discredit the free cash flows reflected in the appraisal.

Regarding the SCRP applied in the appraisal, Vice Chancellor McCormick noted, “This court has approached the application of a specific-company risk premium with skepticism, requiring the proponent to produce evidence on which the court can base the discount. That said, this court recognizes that some level of subjectivity is inherent in the calculation of SCRP.”

Ultimately, the court found that the defendants met the burden for supporting the SCRP given the company’s unique circumstances as a service provider to special purpose investment entities owned by UIP’s owners, introducing additional key-person-relationship risk specific to the company.

Finally, the plaintiff pointed to conflicting value indications as evidence invalidating the appraisal’s conclusions, including a draft term sheet previously circulated between UIP’s co-founders for the redemption of the plaintiff’s spouse prior to his death, which indicated a $4.25 million value for UIP. The court dismissed the plaintiff’s argument on account of the term sheet being outdated (it was prepared in 2014) and citing evidence that the $4.25 million value was idiosyncratic to UIP’s principals at the time and was not constructed using relevant valuation principles – it was constructed by projecting the principals’ combined salaries over six years. Thus, the court did not rely on this figure as evidence of UIP’s fair value.

Despite the plaintiff’s attacks on the credibility and accuracy of the appraisal, the court found the appraisal to be the most reliable indication of the fair value of UIP as of the date of the stock sale. Accordingly, the court found that the defendants met their burden to show that the stock sale satisfied the entire fairness standard, demonstrating that defendants did not commit a fiduciary breach, and decided in favor of the defendants. 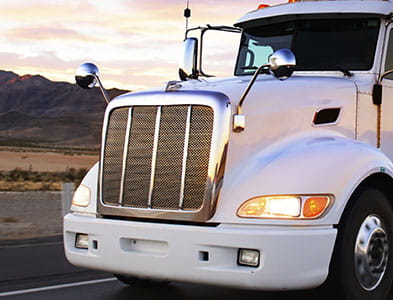