The Delaware Court of Chancery’s ruling was consistent with previous appraisal cases and found that representative DCF models were not credible.

The Delaware Court of Chancery recently issued a decision In Re Appraisal of Solera Holdings, Inc. (“Solera”) that market-based indicators of value should be given significant weight when there is evidence of market efficiency and fair play in the deal process. Specifically, Chancellor Andre G. Bouchard gave the deal price, less estimated merger synergies, sole and dispositive weight in determining the fair value of the shares after consideration of the evidence. This ruling was consistent with the Delaware Supreme Court’s reversals of the Chancery Court’s decisions in Dell, Inc. v. Magnetar Global Event Driven Master Fund Ltd., et al. (“Dell”) and DFC Global Corporation v. Muirfield Value Partners, L.P. (“DFC”) appraisal action.

Solera, a global leader in data and software for the automotive, home ownership, and digital identity management industries, was publicly traded on the New York Stock Exchange from May 2007 until March 3, 2016, when it was acquired by an affiliate of Vista Equity Partners for $55.85 per share, or approximately $3.85 billion in total equity value. Relying solely on a discounted cash flow (DCF) analysis, the petitioners argued that the fair value of their shares was $84.65 per share (approximately 52% over the deal price). Originally, the respondent argued for a fair value per share of $53.95 – which represented the deal price, less estimated synergies; however, the respondent later changed positions, instead contending that the “unaffected market price” of $36.39 per share (approximately 35% below the deal price) represented the best evidence as to the fair value of the shares.

Despite the similarities in structure, the outcome of these models resulted in a wide disparity in DCF value conclusions ($84.65 per share for the petitioners and $53.15 per share for the respondent). The major differences between the DCF analyses included:

Ultimately, Chancellor Bouchard found the petitioners’ DCF valuation “not credible on its face” and accorded it no weight. This was due to the fact that nearly 88% of the resulting enterprise value was attributable to periods after the five-year hybrid case projection period and, therefore, dependent on a prediction about Solera’s performance many years into the future in which “small variances in a DCF’s inputs can lead to wide valuation swings.” Similarly, Chancellor Bouchard gave no weight to the DCF valuation prepared by the respondent’s expert, given the expert’s own admission that his DCF valuation is “less reliable” than the merger price less synergies given the uncertainties surrounding several inputs to the DCF valuation.

Accordingly, and in light of the Dell and DFC decisions, the court ruled that the deal price of $55.85 per share less the estimated merger synergies (based on expert valuation testimony) of $1.90 per share, or $53.95 per share, represented the fair value of the petitioners’ shares as of the date of merger. 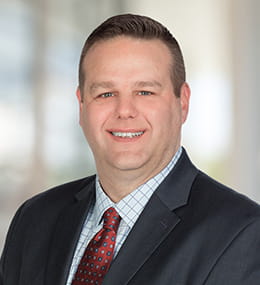