A recent GHSA report highlighted a decline in speed-related fatalities compared with 10 years ago, but more can be done to improve road safety. 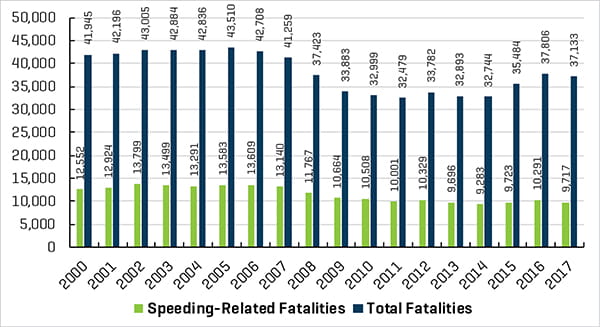 Figure 2. Vehicles Registered in the U.S. 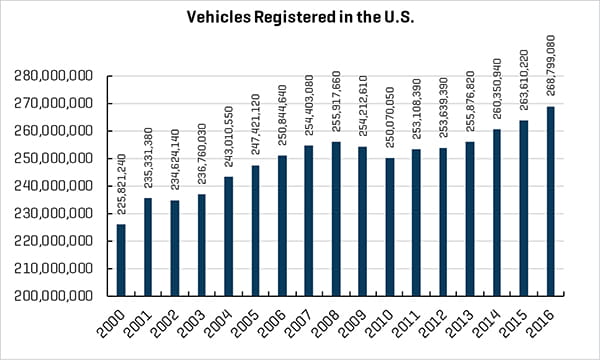 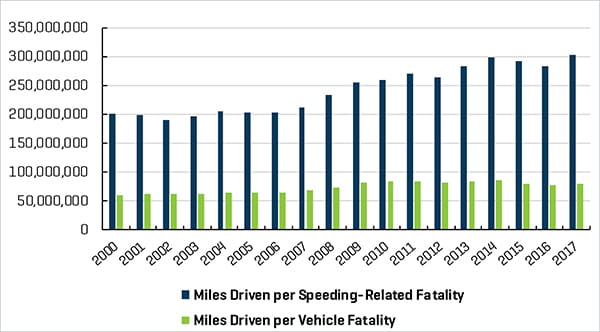 The GHSA report identified various factors that influence the potential for fatalities related to vehicle speed, including specific driver characteristics, environmental factors, and increased speed limits. These factors are summarized below.

The GHSA reported that drivers under the influence of substances such as alcohol and marijuana are more likely to be involved in incidents related to vehicle speed. The report stated that "in 2016, 37% of all speeding drivers in fatal crashes had a BAC [blood alcohol content level] of .08 or higher, compared with 15% of non-speeding drivers involved in fatal crashes."[7] After the state of Colorado legalized the use of recreational marijuana, a study was conducted by the Colorado Department of Public Safety Division of Criminal Justice Office Research and Statistics that found that more than half of drivers with non-DUI offense charges associated with speeding tested positive for marijuana.[8]

The GHSA report also noted that aggressive drivers are more likely to speed. Aggressive driving characteristics include failure to obey a traffic control device, passing on the right of regular lanes of traffic, unsafe lane change, following too closely, failure to yield right of way, or presenting an immediate hazard to another person or vehicle.[9]

A driver's perception of the acceptance of speeding can also influence his or her likelihood to speed. The report stated that "drivers often assume that they can exceed the speed limit by 10 or even 15 miles per hour before they will be pulled over."[10] The report also mentioned that a culture of "minimizing travel times" may further impact a driver's decision to speed.[11]

The GHSA found that vehicle speeding is particularly dangerous during certain weather conditions (rain, snow, etc.), as well as on rural roads with curves not anticipated by the driver. Fatalities related to vehicle speed were reported more frequently on rural, non-interstate highways in 2015 and 2016 and were associated with the prevalence of horizontally curved roads, higher speed limits, and less traffic enforcement.[12]

The danger of vehicle speeding is not limited to the people in passenger vehicles. Vehicle speeding also affects pedestrians, bicyclists, and individuals in work zones. The GHSA report highlighted that as vehicle speeds increase, the risk of injury or death to a pedestrian near a roadway increase. For bicyclists, 44% of fatalities between 2011 and 2013 were reported on high-speed urban roadways.12  Despite reduced speed limits, the GSHA noted that there has been a recent increase in work zone vehicle crashes from 2013 (593 fatalities) to 2015 (700 fatalities).[15]

As outlined above and discussed in the report, vehicle speeding can be extremely dangerous. The GHSA report highlighted efforts that have been recently implemented to prevent vehicle speeding. Such efforts include: reducing speed limits; speed enforcement (physical enforcement and electronic devices); media campaigns and roadway markings; automated speed enforcement through RADAR and LIDAR devices; use of speed bumps and roundabouts; speed alerts through GPS; telematics monitoring; and intelligent speed-adaptation systems. The report also noted various U.S. municipalities' involvement in the Vision Zero Network, which is a U.S. non-profit organization that focuses on the safety of individuals on U.S. roadways. These municipalities have adopted Vision Zero initiatives that integrate education, enforcement, and engineering with a focus on the safety of vulnerable users, speed management, and improving infrastructure safety. This organization was modeled on Sweden's "Vision Zero" effort in 1997, which has been successful in keeping individuals safe on Swedish roadways.[17]

Although many actions and initiatives have been implemented to address vehicle speeding in the U.S., the statistics presented in the GHSA report suggested that more can be done. The GHSA concluded its report by leaving the reader with some forward-looking thoughts on how the U.S. can continue to address safety for individuals on and near our roadways. The GHSA suggested: improving safety programs nationally and locally; prioritizing enforcement through speed-reduction efforts and training law enforcement officials to detect speeding vehicles; improving state and local speeding policies through speed limits and traffic-control features (roundabouts, bump outs, etc.); deploying outreach campaigns to educate drivers about the dangers of speeding; and researching additional solutions to reduce vehicle speeding.[18]

With the significant increase in safety technology being installed into vehicles and new initiatives being considered, it will be interesting to observe whether fatalities related to speed will begin to decline over time or increasingly involve older vehicles without these advanced technologies. Only time will tell.