Insurance providers generate income in two ways: 1) through the premiums charged to policyholders and 2) through investment income on the proceeds from premium payments. Given that a portion of insurance companies’ economic income is generated through returns on investment premiums, it is difficult to project the cash flows of insurance providers accurately, which limits the use of the discounted cash flow (DCF) method. Additionally, the DCF method is not typically applicable to insurance companies, as it is difficult to accurately project free cash flow as a result of the following:

The Market Approach to valuing a company first involves calculating multiples of operational performance relative to indicators of value for comparable publicly traded companies and merger and acquisition (M&A) transactions. A statistical analysis of these calculated multiples is typically performed; after taking into consideration the subject company’s size, projected growth trends, profitability, and risk factors relative to the publicly traded companies and M&A transactions, a multiple or multiples is or are applied to the subject company’s projected or historical operating metrics.

A key multiple used in valuing insurance companies is the market value of equity (MVE) / book value (BV) multiple (MVE/BV). MVE is calculated as a company’s market price per share times its shares outstanding, whereas BV is an accounting construct defined as a company’s total assets less its total liabilities. Specifically, BV consists of a company’s retained earnings plus its net income for a given period minus any dividends paid to the company’s shareholders for a given period.

MVE/BV multiples serve as accurate indicators of value for insurance companies because substantially all of an insurance company’s assets and liabilities are financial in nature (i.e., investments and policy liabilities) and contribute to earnings (premium and investment income). It is important to note, however, that BV includes accumulated other comprehensive income (AOCI), which is composed of four items not included in a company’s net income for a given period:

Once one of these four gains or losses is realized, it is shifted out of AOCI and included in net income, effectively shifting the gain or loss to the retained earnings account. Of particular importance in applying the MVE/BV multiple in the valuation of life insurance companies is the first component of AOCI.

As previously noted, a portion of a life insurance company’s economic income is realized through the gain or loss of invested premiums. The investments made on these premiums are typically classified as AFS and are marked to market on a company’s balance sheet.[1]  Including AOCI in BV when calculating MVE/BV multiples for life insurance companies can distort the accuracy of a company’s true economic income and introduce volatility, as the inclusion of AOCI subjects the company’s multiple to the fluctuation in value of its AFS securities. Based thereon, AOCI is typically excluded from BV when calculating MVE/BV multiples for insurance companies; however, for comparative purposes, MVE/BV multiples including and excluding AOCI are typically evaluated in tandem.

Applying the selected MVE/BV multiples to a subject company’s recorded book value yields an indicated equity value for the company using the Market Approach. Notably, this approach ignores the fact that insurance companies’ BVs include information about a company’s future earning potential. To capture both the market value and earning potential of an insurance company using the Market Approach, multiples conditioned on (or implied from) a company’s return on average equity (ROAE) are used. In order to calculate these conditional multiples for a subject company, a regression analysis on the guideline companies’ MVE/BV multiples and their ROAE may be performed.

In determining conditional MVE/BV multiples, a regression analysis is performed in order to determine the relationship between i) the selected guideline companies’ MVE/BV (inclusive and exclusive of AOCI) multiples and ii) the selected guideline companies’ ROAE (inclusive and exclusive of AOCI). When performing a regression analysis, it is important to consider R2, a statistical measure of how well the regression line “fits” the data points. R2 ranges from zero to one, whereby one indicates a line of perfect fit and implies that the change in the independent variable entirely explains the change in the dependent variable. In this regression analysis, a higher R2 value would indicate better predictability of MVE/BV multiples based on ROAE.

The regression yields the formula y = mx + b, where “y” is the MVE/BV multiple and “x” is the ROAE. The formula is applied to the subject company in order to calculate an implied MVE/BV multiple.

For example, a regression of the guideline companies’ MVE/BV to the selected guideline companies’ latest 12-month (LTM) ROAE yielded the formula y = 10.696x + 03857 (Figure 1). Assuming our subject company’s LTM ROAE is 9.0%, the implied multiple is calculated as follows. 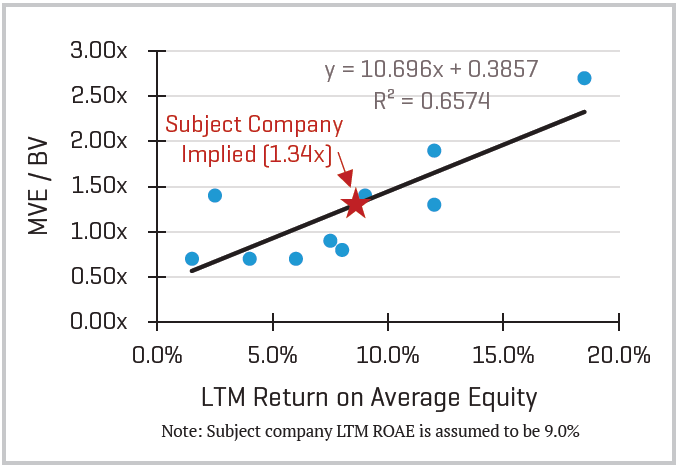 The analysis is performed inclusive and exclusive of AOCI (Figure 3). 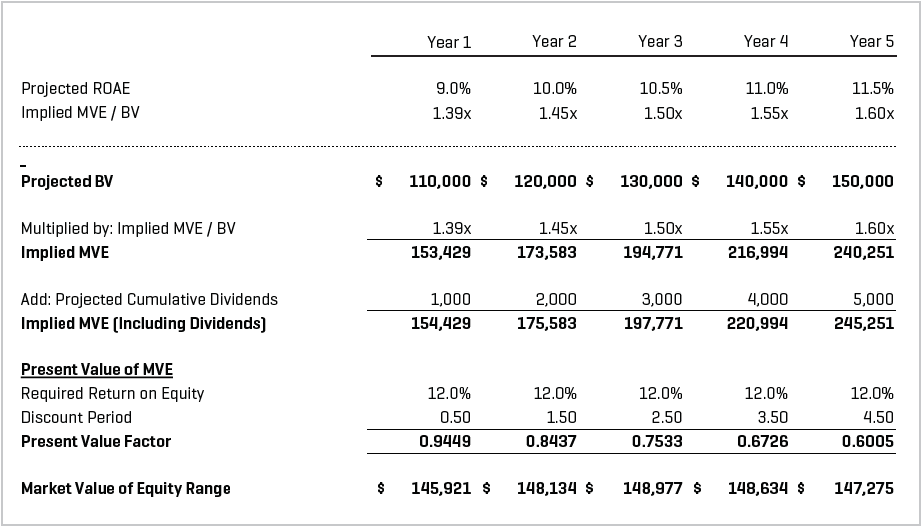 The DNI method relies on the projections developed for a subject company, while the Market Approach and regression analyses rely more heavily on observable market data for comparable publicly traded companies and precedent M&A transactions. No single method is superior to another and therefore should not be employed in isolation. In practice, the application of each of these methods, along with an in-depth understanding of a subject company’s historical operational and financial performance, provides a supportable estimate of value for an insurance company. 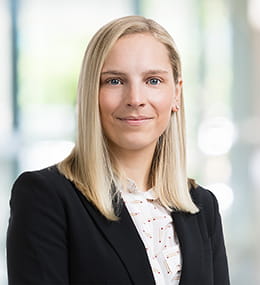