Prior to 2022, R&E expenditures could be treated as tax deductible in the year incurred. Taxpayers had the option to deduct expenditures as incurred or capitalize and amortize them over a period no less than five years. Additionally, taxpayers were able to make an election to amortize R&E costs over a period of 10 years.5 Effective Jan. 1, 2022, though, GAAP and tax treatment became mandatorily different, giving rise to a book-to-tax difference. Taxpayers are required to add back all R&E expenditures in the year incurred and amortize the expenditures. From an income tax perspective, the differences may result in a current federal tax liability and a federal deferred tax asset for future periods.

California, a static conforming state, generally adopts the Internal Revenue Code (IRC) as it was Jan. 1, 2015.6 Since California conforms to federal tax law prior to the changes enacted under the TCJA, taxpayers are not required to capitalize and amortize R&E expenditures in the year incurred. Thus, taxpayers may fully deduct their R&E expenditures in the year incurred.

Tennessee generally has rolling conformity with the IRC, but in March 2022 a law was enacted decoupling Tennessee from the IRC as it relates to federal treatment of R&E expenditures under the TCJA.8 Effective for tax years beginning on or after Jan. 1, 2022, Tennessee allows taxpayers to continue to fully deduct all R&E expenditures as incurred.

Wisconsin is considered a static conforming state, and generally adopts the IRC as of Dec. 31, 2017. This means the state conforms to TCJA with exceptions. The Wisconsin legislature passed a law that decouples from specific aspects of the TCJA, including federal treatment of R&E expenditures.9 Similar to California, Tennessee, and pass-through entities filing in Pennsylvania, Wisconsin allows taxpayers to deduct R&E expenses as they are incurred and doesn’t require the taxpayer to capitalize and amortize them over the requisite period.

Although there appears to be bipartisan support to defer or eliminate this law, as of July 2022 nothing has been passed by Congress. Since financial statements must be prepared based on current law, companies filing quarterly financials have already been impacted in 2022. Quarterly estimated income tax calculations likewise should reflect the current federal and state treatment of R&E expenditures.

Taxpayers and tax practitioners should note that any federal NOLs created after 2017 may only reduce taxable income by 80%. In addition to federal and state tax implications and the financial reporting impact, companies should take care to maintain R&E expenditure amortization schedules for both federal and state tax purposes. Lastly, federal and state R&E tax credits may be available to taxpayers performing qualified research and development in Pennsylvania. Pennsylvania allows taxpayers to sell their R&E tax credits for cash regardless of whether they are considered pre-revenue or pre-profitable. Taxpayers should analyze and carefully track their R&E expenses as well as consult with their financial and tax advisers on how to navigate the effects this law will have on their business. 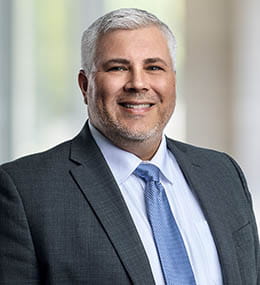 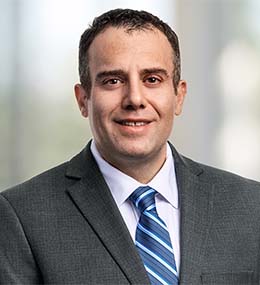