Where right to counsel efforts are advancing across the United States.

Across the U.S., millions of tenants face evictions every year with severe personal, social, and economic consequences visited upon tenants, their families, and the cities/counties in which they live. Here are some of the states where action to educate the public and advance legislation has occurred in the last few years. To read more about this growing movement, see our related article “Right to Counsel: The Nationwide Movement to Reduce Evictions.” 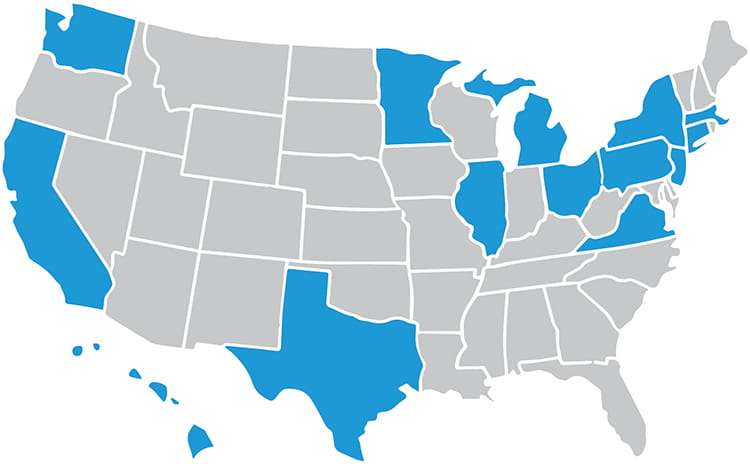 June 2018: San Francisco becomes the second city to guarantee a right to counsel for tenants in eviction cases, following a ballot referendum. San Francisco Mayor London Breed subsequently set aside $1.9 million for the 2018-19 fiscal year and $3.9 million in the 2019-20 fiscal year to implement the new law.

July 2018: Concord, CA, releases a report indicating difficulties with housing affordability in the area and a persistent fear of eviction. The report recommended a citywide right to counsel law. Also, Tenants Together releases a report calling for a statewide right to counsel bill, noting the high numbers of tenants facing eviction and the rapid pace of eviction cases.

March 2017: Lawyers for Equal Justice releases report examining representation statistics for tenants and resulting disparity in case outcomes, in which approximately 70% of landlords had counsel versus 5% of tenants.

May 2019: The Lawyers Committee for Better Housing (Chicago) releases a comprehensive data portal detailing eviction statistics throughout the City of Chicago. The committee also produces several reports addressing the overall eviction crisis, the impact on families, and the strong benefits of attorneys – particularly legal aid attorneys – in eviction matters.

January 2019: Various bills are introduced to the Massachusetts State Legislature to provide a statewide right to counsel in eviction proceedings, including the creation of a public task force and legislation to promote homelessness prevention in the state. The bills have the support of Boston Mayor Marty Walsh. A statewide coalition of tenant organizers, legal services providers, and other advocates is also formed to advocate for passage of the bills.

March 2019: Local and national housing rights advocates, attorneys, and many others convene at the inaugural Detroit Eviction Right to Counsel Summit, where speakers address the growing eviction crises in cities nationwide and tenants’ need for legal representation.

February 2019: Legislation is introduced in the Minnesota Legislature that would establish a right to counsel for public housing tenants threatened with eviction due to alleged breach of the lease.

December 2018: Newark’s city council passes a bill guaranteeing right to counsel in eviction cases, becoming the third large U.S. city to do so. The city council had previously passed another ordinance that created a non-profit organization to manage the legal services for tenants facing eviction.

July 2017: New York becomes the first U.S. city to pass legislation guaranteeing a right to counsel to tenants in eviction matters. The legislation resulted from strong grassroots efforts from tenant organizations and advocates. Stout’s cost/benefit analysis, finding that such a bill would save New York $320 million annually, contributed to the legislation.

2018: Multiple organizations release reports on the first year of the right to counsel law, focusing on the implementation of the law as well as the benefits.

June 2018: Housing Opportunities Made Equal Cincinnati and the Legal Aid Society of Southwest Ohio release a report, indicating that fewer than 3% of tenants have counsel in Cincinnati and surrounding Hamilton County, and that tenants lose their cases 99% of the time.

December 2018: Legal Aid Society of Columbus releases a report, finding that tenants receiving representation through the society’s Tenant Advocacy Project (TAP) received an adverse judgement only 1.1% of the time, compared with over 50% when unrepresented.

September 2019: Cleveland’s city council passes legislation to provide a right to counsel for tenants at or below 100% of the federal poverty guidelines and who have at least one child.

June 2017: Philadelphia’s city council allocates $500,000 of the city budget to expand legal representation for tenants facing eviction. This action followed city council committee hearings that focused on the impact of evictions on low-income tenants and potential solutions, including right to counsel.

November 2018: Stout releases cost/benefit analysis of right to counsel legislation in Philadelphia, finding such a law would save the city $45.2 million annually.

May 2019: A bill is introduced in city council to establish an ordinance for right to counsel in eviction proceedings. This action followed another measure earlier in the year to create a tenant representation fund.

July 2019: Responding to data from the Eviction Lab showing that Richmond has one of the highest eviction rates in the country, Equal Justice Works places six law fellows in Richmond to do concentrated eviction defense.

September 2018: The Seattle Women’s Commission releases report, “Losing Home: The Human Cost of Eviction in Seattle,” detailing consequences of evictions on individuals and the significant benefits of tenant counsel in eviction proceedings.

March 2019: The Washington State Legislature passed a bill creating a pilot project to study the impact of representation on 1,500 eviction cases split between larger and smaller counties.

July 2017: Washington’s city council enacts the Expanding Access to Justice Act of 2017, which includes proposals to expand legal representation for various types of eviction cases in the city.

Source: National Coalition for a Civil Right to Counsel and Stout Research 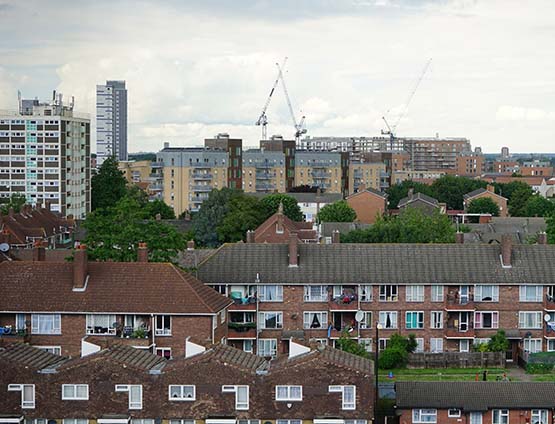