Deficient due diligence during the pandemic has allowed real estate investment schemes to proliferate amid a boom in property prices. Consulting fraud examiners and those who work for potential investors and financial institutions can help prevent these extravagant frauds.

The sophisticated promotional booklet described the “Friedrichshöhe,” in a town near Berlin, as a “former viewing tower with a restaurant” that opened in 1896. Its owners constructed additions in the ’30s and ’60s to resemble “fortresses of the middle ages.” At its zenith, “up to 50,000 visitors came to enjoy the view,” reported the brochure from the German Property Group (GPG) (formerly the Dolphin Trust), a real estate company based in Germany, that said it now owned the Friedrichshöhe. “Current planning suggest[s] an extensive redevelopment of all existing buildings,” GPG reported. “The monument will be extended by annexes that adapt to the historical design and used as modern apartments.” The prose was accompanied by stylish drawings of proposed renovations and new construction. This sounded lovely for those who could afford the rent. Unfortunately, it was too good to be true because it was an alleged fraud supported by a probable Ponzi scheme.

Since 2008, GPG purported to purchase historic sites in Germany — such as monasteries, historic military sites and castles — and renovate them into high-end apartments. GPC targeted professional and high-net-worth individual investors abroad — particularly in the U.K., Ireland, South Korea and Singapore — who wanted diversification and plush returns in cross-border and alternative assets.

GPG promised high-interest payments and the return of investors’ original capital if investors lent it money for up to five years. (Note: Such an assurance is a hallmark of an illegitimate investment.) Investors received detailed financial information, including specific projected cash flows, which GPG falsified. However, in part because of the cross-border and online nature of arrangements, investors couldn’t easily conduct meaningful due diligence. They instead relied largely on third-party analysis from financial advisors that marketed GPG.

As often happens with Ponzi schemes, an economic downturn exposed GPG’s fragile structure, forcing it to commence insolvency proceedings in Germany in 2020. Unsurprisingly, the insolvency proceedings revealed that GPG’s property holdings were worth far less than their purported value, and the majority of its holdings weren’t developed at all. News sources estimate that investors lost more than $1 billion in total. And authorities in Germany, South Korea, Singapore and the U.K. are investigating whether GPG operated as a Ponzi scheme.1, 2, 3

Media reports and anecdotal evidence suggest that Ponzi schemes like GPG’s are alive and well. They’ve been on the rise in recent years as fraudsters prey on unsuspecting investors’ fears of missing out on recent market gains, whether in stocks, real estate or other types of investments.4, 5

Indeed, with real estate markets booming across much of the globe, fraudsters have been quick to spy opportunities to scam victims keen to ride housing prices higher. And the increasing dependence on home computers during the pandemic to assess properties, conduct due diligence and transfer funds has made life easier for cybercriminals.

In 2020 alone, victims in the U.S. lost more than $213 million from real estate investments or fraud involving rentals or timeshare properties, according to a report by the FBI’s IC3 cybercrime unit. That was one of the highest amounts among the different categories of cybercrime cited by the FBI that year.6

In one example of how fraudsters are scamming real estate investors in various parts of the world, the European Union’s law enforcement agency Europol, along with Hungarian police, broke up a crime ring last year that duped victims out of millions of dollars from fake real estate ads for properties they didn't own. The crime ring reportedly asked its victims to wire deposits for rent or for the houses they were supposed to be buying while, at the same time, hacking their computers to gain access to the victims' sensitive financial information.7

Historically low interest rates and investors’ hunt for alternative assets have helped buoy housing prices, but with the pandemic forcing people to rethink where they work and live, that demand has only soared across greater swaths of the U.S. and other parts of the world. In some cases, this has led to frenzied buying among both investors looking to make a quick buck and those simply on the hunt for a new home. That combined with shrinking inventory and supply-chain disruptions have pushed real estate prices to record highs in some cities and towns.8, 9, 10

Against that backdrop, it’s hardly surprising that real estate fraud remains a favorite among fraudsters, especially Ponzi schemes, to bilk victims who think real estate investments are a sure bet. In one of many such scams, law enforcement arrested owners of California-based BNZ Capital One — Brett Barber and Louis Zimmerle — in October of last year on charges of running a fraudulent real estate investment scheme that promised investors returns of up to 10%. In all, the pair allegedly raised close to $14 million from their victims by falsely saying they’d offer guaranteed returns of between 8% and 10% from flipping properties and that their investments were safe because they were insured by the Federal Deposit Insurance Corp. And as in any Ponzi scheme, Barber and Zimmerle used money from new investors to pay earlier ones.11, 12 And this is just one of many real estate Ponzi scams amid the housing boom.

Experts believe that the COVID-19 pandemic helped create a perfect storm for these types of scams. Marie Springer, Ph.D., is an adjunct assistant professor at John Jay College of Criminal Justice in New York City and a widely quoted expert on Ponzi schemes. In a recent Fraud Magazine article, she said that 50 to 60 Ponzi scams are prosecuted each year in the U.S. alone, but she expected that number to increase due to the health crisis. That’s on top of the more than 600 Ponzi schemes that have been detected in the U.S. over the past decade, as she noted in a New York Times article last year.13, 14

And according to the Ponzitracker blog, in 2019 alone, regulators uncovered 60 Ponzi schemes that collectively involved $3.245 billion in investor funds. This figure represents an “ominous 30% surge” in the number of Ponzi schemes in recent years, as well as the “highest total amount of investor funds at issue in nearly 10 years.” Within the real estate industry, approximately 150 schemes were detected as of January 2020, according to Springer.15

These figures are disturbing but unsurprising. Ponzi schemes are often discovered when financial markets recede — the most recent recession was in the aftermath of the coronavirus pandemic.16 As Warren Buffet famously said, “It’s only when the tide goes out that you learn who’s been swimming naked.”17

Interestingly, the pandemic may have also concealed certain Ponzi schemes because of the difficulty in conducting due diligence and detecting fraud while taking health and safety precautions. In fact, the number of uncovered schemes in the first half of 2020 is at a six-month low.18

Per the Ponzitracker blog, only 46 schemes in the U.S. were uncovered in 2020 — representing roughly $1 billion in investor funds. Four of the schemes raised over $100 million each from victims, but the majority of schemes involved less than $10 million and resulted in an average scheme size of roughly $22.25 million — down over 60% from the $54-million-scheme size seen in 2019. Also, the number of prison sentences handed down to Ponzi schemers reached record lows from 2009 to 2020, down by nearly 30% in 2020.

The Ponzitracker blog also tracked 22 U.S. sentences for Ponzi schemers in 2020 without a single prison sentence handed down from March 1 to July 10, 2020. (A couple of geographic and demographic points to note: one-third of Ponzi schemers were from California or Florida, and men continue to comprise 90% of the accused.)

The cases in this article show the challenges involved with performing due diligence on real estate investments in the post-pandemic era. But targeted financial diligence can nevertheless reveal several red flags. Potential real estate investments call for more than cursory reviews of financial statements. They require targeted inquiries — remotely or in person. Here are some areas in the financial statements that may reveal fraudulent activity.

The first step in the forensic assessment of the aftermath of a fraud is always to “follow the cash” and confirm with independent third parties whenever possible. However, reviewing the balance sheet in advance with financial advisors could reveal wrongdoing. While the bottom line of a balance sheet, or the net income over a certain period, may show that a company is solvent, reviewing the debt owed to third parties or the total principal amount of debt outstanding could confirm that the figures aren’t as strong as they first appear. Make similar independent confirmations on the asset side of the balance sheet by testing each aspect of the company’s assets such as cash on hand or the value of properties. For example, in the Professional Financial Investors’ case in the sidebar below, the CEO’s claim of significant reserves could’ve been independently confirmed.

It’s important to look at the relationship among revenue, net income and expenses. (Revenue is the income generated before expenses, while net income is revenue less the expenses of doing business.) Typically, as revenue increases, so should variable expenses. Over time, this should remain consistent and align with industry norms. This type of analysis may seem more difficult when it comes to sources of revenue like real estate or loan origination. But in the manufacturing sector, for example, if a company states that it sees an increase in manufacturing by 200,000 units, then we’d expect to see raw material expenses increase proportionally.

The same holds true in commercial real estate. As revenue increases, so should expenses, such as sales commissions, professional fees and the cost of maintaining properties. If these expenses aren’t correlating to an increase in the portfolio of properties or loans, misreported revenue likely exists. In the GPG case, possible expenses from renovations could’ve been independently confirmed.

A detailed review of revenue at the investment level also would likely expose related party transactions. If a significant percentage of revenue is derived from related parties or there’s a concentration in one or two related investments, it’s worth confirming their independence and financial integrity to ensure there’s a legitimate business and, therefore, revenue sources in place.

An examination of a company’s cash flow and personal expenses of the principals of the company is also an important part of the due diligence process. This could reveal that money is being siphoned into the account of a possible perpetrator. Any disparities in the industry norms and the financial records of the potential investment entity should warrant a reasonable explanation or raise further questions. In the PFI and GPG cases, following the flow of cash from investors could’ve helped uncover the fraud earlier.

The red flags discussed here could naturally lead to additional questions from investors, plus, in a pandemic era, requests for explanations on how potential investment companies are able to record increased earnings in a depressed market.

Although the pandemic has made in-person due diligence more challenging, targeted inquiries like these can overcome hurdles. A company’s mere assertion that it has the uncanny ability to avoid losses or maintain ample reserves doesn’t address hard questions as to how those reserves could replace the necessary revenue. A simple comparison year-over-year to industry reporting or competitors would require solid financial reasoning for an exceptional performance.

Investors, professionals, regulators and those who contract with businesses must be on the lookout for outliers that may give cause for concern. They should press for meaningful due diligence regardless of restrictions on in-person investigations. And they should consider engaging fraud examiners and auditors who’ll perform the steps we’ve outlined, investigate for possible fraud and view any resistance to due diligence as a separate red flag. A mindful eye, even a remote one, could either uncover illicit behavior or assist in the right way to detect illegitimate financial paths created by fraudsters. 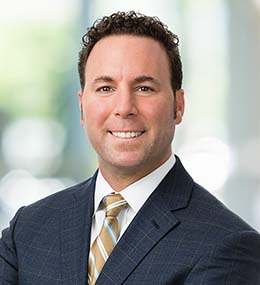