Kelly M. Campbell, Senior Manager in Stout’s Disputes, Claims, and Investigations group, was retained by OneWorld to provide an expert declaration for summary determination purposes for an International Trade Commission matter. In that investigation, 337-TA-1244, OneWorld sought an injunction against multiple foreign entities based upon OneWorld’s claim that those foreign entities infringed its three design patents. Her testimony established that OneWorld’s economic domestic industry investments pertaining to RYOBI ONE+ Battery Pack Systems were both quantitatively and qualitatively significant.

In examining the economic prong of OneWorld’s RYOBI ONE+ Battery Pack System domestic industry, Ms. Campbell evaluated the domestic industry requirement under both Prong A (investment in plant and equipment) and Prong B (employment of labor or capital). She first employed various methodologies to properly allocate OneWorld’s domestic industry investments (involving design, development, engineering, and testing; customer service and support; and technical publications and packaging investments) to the patent-practicing RYOBI ONE+ Battery Packs. She then opined that OneWorld’s economic domestic industry was qualitatively significant because the work performed in the United States was foundational to the RYOBI ONE+ Battery Packs. Quantitatively, Ms. Campbell performed an analysis of the engineering work performed in the United States compared to engineering work performed in China. Ms. Campbell also opined that a 100% bond during the Presidential review period was appropriate.

The Administrative Law Judge (ALJ) agreed with Ms. Campbell’s finding of an economic domestic industry and the appropriate remedy of 100% bond. The Commission decided to review the ALJ’s determination with respect to the qualitative and quantitative context of OneWorld’s economic domestic industry and the appropriate bond amount. Upon review, the Commission confirmed that OneWorld’s investments were quantitatively and qualitatively significant and that OneWorld satisfied the economic prong of the domestic industry requirement. The Commission also confirmed that the record supported setting the bond at 100%.

This work was performed prior to joining Stout. 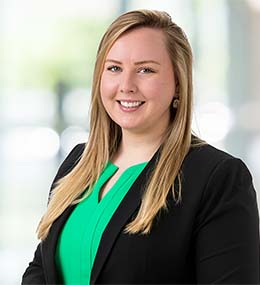