IFRS vs U.S. GAAP – Are You Ready for Impairment Testing?

IFRS vs U.S. GAAP – Are You Ready for Impairment Testing?

A Framework for U.S. Financial Statement Preparers, Auditors, and Advisors

Most major capital markets outside of the U.S. have either adopted or indicated that they intend to adopt International Financial Reporting Standards (IFRS). In modern capital markets, where U.S. companies have the option to list or register internationally / are owned by international conglomerates, it is important for companies and investors to understand the differences that exist to apply and interpret financial information. While the broader fair value standards and business combinations standards are largely aligned across the two reporting frameworks, significant divergence in impairment testing exists.

At a broad level, IFRS applies a single framework across almost all non-financial assets whereby an asset should not be carried at more than what could be recovered through use (value in use [VIU]) or sale of the asset (fair value less costs of disposal [FVLCD]). U.S. Generally Accepted Accounting Principles (GAAP), on the other hand, applies a fair value framework to indefinite-lived intangible assets and a recoverability test for finite-lived assets. Furthermore, across the two frameworks, the recognition of impairment losses as well as the treatment of any subsequent recovery in the value of an asset may differ.

In 2020 and 2021, the International Accounting Standards Board (IASB) gathered and reviewed comments from market participants to a discussion paper that proposed certain changes to the impairment testing framework under IFRS. This is a similar project to what was undertaken by the Financial Accounting Standard’s Board (FASB) in the U.S. Although no concrete changes have been implemented by IASB or FASB, the result of both efforts may see convergence in some areas but will most likely result in even more differences between the two most commonly used accounting frameworks in the world.

Why Is This Relevant to U.S. Accountants and Advisors?

Of the 166 jurisdictions (representing around 98% of the world’s GDP) analyzed by the IFRS Foundation, 144 require IFRS standards1 for all or most domestic publicly accountable entities in the respective capital markets. Of the countries that have not adopted IFRS, the most significant (from a GDP perspective) are China, India, and the U.S., each of which apply their own national reporting standards. Instances where U.S.-based preparers of financial statements may need to consider IFRS include:

Two key differences that we often encounter in relation to impairment testing of long-lived assets (other than indefinite-lived assets2) relate to the testing framework and future treatment of prior impairment losses.

IFRS – The preparer should first determine if the asset can be assessed on a standalone basis or at the cash generating unit4(CGU) level. Either way, the recoverable amount (higher of VIU and FVLCD) is compared to the carrying amount of either the asset or CGU, and any impairment charge is equal to the difference (allocation of impairment charge is discussed later). To determine if the asset should be assessed at the asset or CGU level, the preparer should consider:

We note that there may be situations where an asset would be deemed impaired under IFRS but not under U.S. GAAP as a result of the different frameworks discussed above.

U.S. preparers should be aware that, under IFRS, with the specific exception of goodwill, there is a need to perform an annual review for indicators of a reversal for prior impairment charges on long-lived assets. Gains are recognized in other comprehensive income. Under U.S. GAAP, the reversal of prior impairment losses is not allowed.

U.S. GAAP – The carrying value of a reporting unit is tested against its fair value to identify an indication of impairment and then ultimately to quantify an impairment charge.

IFRS – The carrying value of the CGU is compared to its recoverable amount, which is defined as the greater of its (i) VIU and (ii) FVLCD. In our experience, for a going-concern entity that the preparer intends to continue to operate, the entity’s VIU typically exceeds its FVLCD. The following highlights certain differences between the fair value measurement approach under U.S. GAAP and the VIU approach under IFRS.

U.S. GAAP – Cash flows used in fair value measurement are defined as that which a market participant could reasonably expect to realize from the asset, which may differ from that available to the current owner.

IFRS – Cash flows used in VIU measurement represent what the reporting entity expects to realize from its investment in the asset (i.e., entity-specific expectations). Cash flows in a VIU framework should generally be for a period of up to five years and exclude cash flows from future restructurings or enhancements of the asset’s performance. Cash flows in a FVLCD framework will be largely consistent with the fair value framework under U.S. GAAP.

In order to calculate the fair value of an asset or CGU, generally accepted valuation approaches and methods must be considered, and the value determination must be derived by applying the most applicable method(s). VIU is far more prescriptive and requires the preparer to apply a cash flow model that considers a maximum five-year discrete period, unless a longer period can be supported (usually the case with finite-lived or early-stage assets), on a pre-tax basis (discussed further below).

Impairment testing under IFRS is required to be performed on a pre-tax basis, and as such deferred tax assets and liabilities are excluded from the carrying value calculations. Consistently, the cash flow projections are not affected by specific tax attributes, such as net operating loss carryforwards. Under U.S. GAAP, deferred tax assets and liabilities are included in the carrying value calculations, and as such, the cash flow implications of entity- or transaction-specific tax attributes are reflected in the calculation of future tax payments.

Fair value is typically measured on a post-tax basis. Under IAS 36, reporting entities are required to perform and present certain metrics associated with an impairment test on a pre-tax basis. Theoretically, this is to be consistent with the tax agnostic framework discussed above. Practically, and acknowledged in the IASB’s Basis for Conclusions to IAS 36, valuation metrics (such as discount rates) are quantified using post-tax/real-world data. As such, it is generally accepted that the VIU test is performed on a post-tax basis (excluding entity-specific tax attributes) and that certain metrics that need to be disclosed (such as the pre-tax discount rate) are imputed by removing tax cash flows and solving for the pre-tax discount rate that arrives at an equivalent value to the post-tax analysis.

Measuring and Recognizing an Impairment Loss

Recent changes to U.S. GAAP have bridged certain significant differences with IFRS, such as the shift to a direct calculation of goodwill impairment under ASC 350 resulting from Accounting Standards Update (ASU) 2017-04 that more closely aligns with IFRS.

IFRS - the impairment charge is measured in a similar fashion with respect to a CGU (carrying amount less recoverable amount) however, the loss is allocated, first to goodwill, then proportionately to all other assets in the CGU, where the asset’s respective carrying amount shall not reduce below the highest of (i) the assets’ FVLCD (if measurable); (ii) its VIU, or (iii) zero.

While the income statement impact of financing and operating leases is largely unchanged under U.S. GAAP, under IFRS all leases are accounted for in a manner consistent with financing leases under U.S. GAAP. Valuation analysts and preparers should be cognizant of this when deriving certain valuation inputs from comparable public companies, such as discount rates, multiples, etc.

When a business faces a significant uncertainty about future events and potentially very significant adverse effects on entities (similar to our current economic reality in the COVID-19 Pandemic), the CGU cash flows should likely be based on a number of probability-weighted scenarios when impairment testing under IFRS. These scenarios should also include significant adverse downside case. Given the foregoing, as preparers apply this probability-weighted scenario projections in the impairment testing analysis, the company-specific risk premium (reflecting the unsystematic risk premium) in the discount rate estimation should be evaluated accordingly, given the downside risk is also captured in the probability adjustments and downside case application. 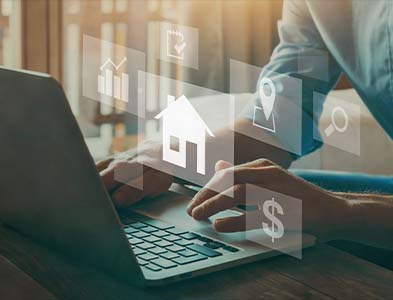