Franklin Z. Adell died on August 13, 2006, owning a 100% interest in STN.Com, Inc. (“STN.Com”), a cable uplinking company. STN.Com’s sole business purpose was to broadcast an urban religious program channel, “The Word Network” (“The Word”). It was Mr. Adell’s son, Kevin, who created and managed STN.Com. Furthermore, he held all of the key business relationships.

The Word was organized as a section 501(c)(3) corporation and no part of its assets or net earnings could inure to the benefit of or be distributable to its directors, officers, or other private persons. Mr. Adell was the president and a director of The Word, but, Kevin, also an officer and director, was responsible for its creation and management. Once again, Kevin held all of the key business relationships.

The Word and STN.Com signed a management services agreement in which STN.Com agreed to provide full support for The Word to run its operations. In consideration, The Word agreed to pay STN.Com a monthly programming fee equal to the lesser of STN.Com’s actual cost or ninety-five percent of net programming revenue.

Pursuant to the services agreement, and continuing through Mr. Adell’s date of death, The Word paid STN.Com at least 95% of its revenue each month (which was an amount greater than STN.Com’s actual costs). The Word’s only source of revenue was from broadcasting contracts that Kevin negotiated and entered into with the religious community. STN.Com’s primary source of income came from the program fees it received from The Word.

Jeff Risius of was primarily responsible for preparing the first valuation report of the STN.Com stock, which was attached to the estate’s original tax return. Mr. Risius’ report recognized that STN.Com received 95% of the revenue generated by The Word and that The Word was its only customer. Mr. Risius made a number of adjustments to STN.Com’s reported financial results to more accurately reflect STN.Com’s normalized ongoing operating performance. Among the adjustments was a reduction in officers’ salaries and wages to reflect market rates.

Jeff also adjusted STN.Com’s operating expenses to include an economic charge for Kevin’s personal goodwill. The adjustment was appropriate because the success of STN.Com depended heavily on Kevin’s personal relationships with the board of directors of The Word. Kevin did not have a noncompete agreement with STN.Com, and, as a result, a potential buyer would not be expected to acquire STN.Com without the retention of Kevin. The economic charge for Kevin’s personal goodwill ranged from 37.2% to 43.4% of sales over the historical period and from 43.7% to 44.1% of sales over the projection period.

After making adjustments to the enterprise value to account for STN.Com’s cash and cash equivalents, interest-bearing debt, and nonoperating assets, Mr. Risius concluded that the Fair Market Value of the STN.Com stock on Mr. Adell’s date of death was approximately $9.3 million.

In 2012, Mr. Risius prepared a second valuation report for the STN.Com stock which the estate submitted at trial. In the second valuation report, Mr. Risius valued the STN.Com stock using the adjusted book value method reflecting liquidation or sale of assets instead of a discounted cash flow method and determined that the Fair Market Value on Mr. Adell’s date of death was $4.3 million.

The estate’s second expert witness, Alex Howard, CFA, ASA of Stout used the net asset value method of the asset approach to value the STN.Com stock and concluded that its Fair Market Value on Mr. Adell’s date of death was $4.3 million. Mr. Howard also based his opinion on the assumption that a hypothetical buyer would not reasonably expect to generate profits due to the wording of the services agreement. In addition, he opined that the Income Approach was inappropriate because Kevin did not have a noncompete agreement with STN.Com.

Mr. Burns also addressed the importance of Kevin’s relationship with The Word to STN.Com’s continued business operations. Instead of applying an economic charge for Kevin’s personal goodwill similar to the one found in Mr. Risius’ first valuation report, Mr. Burns concluded that a hypothetical investor would anticipate retaining Kevin as an officer of STN.Com and would need to compensate Kevin at an acceptable rate of 8.1% of sales. He concluded that the Fair Market Value of the STN.Com stock on Mr. Adell’s date of death was $26,341,030.

The Tax Court found that Mr. Risius’ original value of $9.3 million was the most persuasive and ignored the later valuations submitted at trial. The Court also rejected the valuation conclusion of Mr. Burns saying that he not only failed to apply an economic charge for Kevin’s personal goodwill but also gave too low an estimate of acceptable compensation for Kevin.

The Court agreed with Mr. Risius that Kevin’s goodwill was personally owned independent of STN.Com and that STN.Com’s success was heavily dependent on The Word because of their symbiotic relationship. The Court also found, however, that, although The Word could have enforced the limitation on STN.Com’s programming fee, it had not done so for the five years preceding Mr. Adell’s date of death, or the four years thereafter. Therefore, the Court found that a hypothetical willing seller and a hypothetical willing buyer would also not ignore the historical profitability of STN.Com. 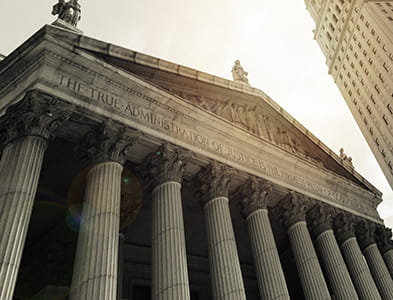