An emerging trend in the private equity community is the rise of continuation vehicles (or continuation funds). Continuation vehicles are investment funds created in order to acquire a single portfolio company investment, or multiple portfolio investments, of a predecessor fund. A continuation fund can help solve the dilemma that exists when a general partner wishes to retain an investment and limited partners would like to cash out and obtain liquidity for their investment. This scenario may occur after the initial expected holding period for the investment has passed or the original fund that the investment is being held in is nearing the end of its life and/or is in the process of winding down. In general, secondary transactions can also be helpful in scenarios where institutional investor LPs have seen their private equity investments appreciate considerably in recent years relative to the other investments in their portfolio, and thus they may be seeking liquidity in order to rebalance their asset allocation back to targeted levels. To wit, the California Public Employees' Retirement System's best-performing asset class in its most recent fiscal year was private equity, with a net return in excess of 40%1.

The setup of a continuation vehicle allows a general partner to maintain the investment within a new fund, usually keeping control in the process, while creating liquidity for certain limited partners that would prefer to cash out. On the other hand, other limited partners may choose to roll their investment and recommit funds to the continuation vehicle for another (likely) multi-year holding period.

Strategically, continuation vehicles allow general partners to keep investments that have performed well but have further potential to realize more value before a full exit. They may also provide more time for weaker-performing investments to be stabilized or turned around before an exit. Moreover, at the time of a continuation vehicle transaction, additional capital can be raised to fund continued growth opportunities such as investments in new facilities or equipment or add-on acquisitions.

The emergence of continuation funds has been the main driver of a recent surge in GP-led secondary transactions. In turn, continuation vehicles have received a boost from the rise in investment funds formed to specifically invest in secondary transactions. Pitchbook reported $96.6 billion was raised for new secondary funds in 20202 with two of the largest players in the space, Ardian and HarbourVest Partners, raising funds of $19 billion and $14 billion, respectively.3 Moreover, according to Pitchbook, total secondary deal volume equaled $132 billion last year, far surpassing the previous record of $88 billion set in 2019, and continuation funds accounted for 84% of GP-led secondary transactions during the year (which totaled $68 billion)4.  Private equity funds holding diamonds and diamonds in the rough will look to take advantage of the dry powder and interest in the secondaries market to access fresh capital while creating a liquidity event for certain limited partners and still retaining control.

Conflicts of Interest (and Ways to Mitigate Them)

At the heart of the continuation vehicle transaction is an inherent conflict of interest, as both the selling fund and buying fund are entities controlled by the same general partner. This creates governance and process questions that will need to be addressed and, with proper planning and preparation, can often be dealt with ahead of time.

The valuation at which the portfolio company investment will transact is often a key issue in continuation vehicle deals. However, in a GP-led secondary transaction without a full market-clearing process, additional emphasis and scrutiny may be placed on the general partner’s procedures for valuing the business for purposes of ongoing financial reporting of fund performance to limited partners. Other factors to consider may include the amount of capital the general partner is rolling from the original fund to the continuation vehicle, the exit/reinvestment of former investors, and the willingness of new investors to join the continuation vehicle.

Complicating the pricing of investments in continuation vehicles is the fact that there can be multiple assets transferred in a single transaction. In this scenario, investor funds may be pooled without detailed allocations to individual underlying investments or detailed knowledge of individual portfolio companies’ relative size to the overall vehicle.

The general partner may also choose to have a formal investment committee review completed when considering a continuation vehicle transaction. Such an investment committee review provides a detailed review of historical portfolio company financial performance and expectations of future performance, an assessment of growth opportunities and risk factors, prevailing industry conditions, etc. – in essence, everything the general partner would undertake in completing its due diligence on a new investment. As part of this process, the general partner may also wish to commission an independent third party to render a fairness opinion to assess whether the transaction is fair, from a financial point of view, to certain parties involved in the transaction (particularly those cashing out). An independent fairness opinion can help augment the general partner’s own due diligence and provide evidence and comfort that the transaction has undergone a thorough and detailed review process.

The SEC Weighs In

The SEC recently voted to propose new rules under the Investment Advisors Act of 1940 with the intent of increasing regulation of private fund advisors and protection of investors. Interestingly, the proposal includes a rule that would require a registered private fund adviser to obtain a fairness opinion from an independent opinion provider in connection with an adviser-led secondary transaction. In its release of the proposed rules, the SEC stated that “the proposal’s requirement that an adviser distribute a fairness opinion…may provide similar increases in investor confidence in the specific context of adviser-led secondary transactions. This requirement would provide an important check against an adviser’s conflicts of interest in structuring and leading these transactions. Investors would have decreased risk of experiencing harm from mis-valuation of secondary-led transactions. Further, anticipating a lower risk of harm from mis-valuation when participating in such transactions, investors may be more likely to participate.”5  The release goes on to further declare that the benefit from fairness opinions are particularly relevant for illiquid investments as, in their words, “illiquid assets currently are where we believe it is most feasible for financial information to have material misstatements of investment values, for adviser-led secondary transactions to occur at unfair prices, and where there is broadly a higher risk of investor harm from potential conflicts of interest. This is because currently…advisers may use a high level of discretion and subjectivity in valuing a private fund’s illiquid investment.”6  While the proposed rule is still subject to a public comment period and may ultimately be different in its final form, it is nonetheless indicative of regulators’ focus on such GP-led secondary transactions.

Continuation funds have joined IPOs and sales to a strategic acquirer or another PE sponsor as an acceptable and viable exit alternative for portfolio companies. They can play an important role in addressing scenarios in which the general partner of a private equity fund wishes to maintain the fund’s investment in a particular portfolio company (or companies) while providing liquidity to limited partners who desire it. As such, the volume and value of GP-led continuation fund transactions will likely continue to increase going forward. In executing a continuation fund transaction, GPs should carefully consider the process underlying the determination of the value at which the company will transact. Consistent third-party valuations, and potentially an independent fairness opinion, can help bolster the record and protect the general partner from those who may wish to challenge the transaction in hindsight. 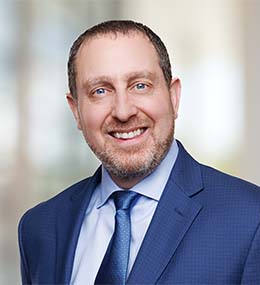 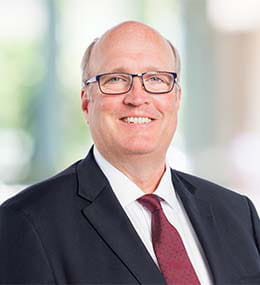 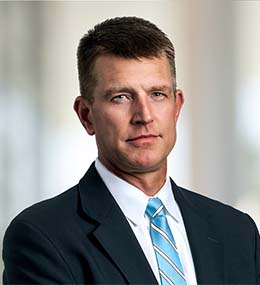