In Case You Were Wondering: Child Support in High-Income Cases

In Case You Were Wondering: Child Support in High-Income Cases

This article provides a few cases related to determination of child support in high-income cases.

In any divorce involving minor children, it is necessary to determine an amount of support that will provide an appropriate lifestyle for the children based on the financial resources of the parties. All states have provided guidelines for determining an appropriate level of child support either by statute or through case law. But what happens in cases where the parties’ income far exceeds levels anticipated by guidelines and formulas? This article will look at a few cases to see how the courts dealt with the issue.

The parties divorced in 2002. They were the parents of four children, three of whom were minors at the time of this appeal. Father was the CEO of several companies, had income between $9,000,000 and $10,000,000 and assets worth at least $40,000,000. Mother filed a motion for additional support in June 2004 after which an order was entered requiring Father to pay $9,337 per month in support. Mother objected and the trial court issued a subsequent order in January 2008 increasing Father’s monthly obligation to $15,792 based on Mother’s testimony that the annual cost of providing for the children was approximately $189,000. Both parties appealed the decision of the trial court.

Mother raised the following issues, among others:

Father’s primary issue was as follows:

The Superior Court affirmed the trial court decision in all parts relevant here. The Court agreed that “when discussing whether one parent has sufficient assets to provide appropriate housing and amenities for the children when they are in that parent’s custody, the term “appropriate” does not mean an equal environment, nor does it mean merely adequate.” The case law does not require that all the recreational benefits that the children enjoy when they are with the Father must also be provided through support from the Father when they are in Mother’s custody. Rather, support should provide “appropriate” housing and amenities, not necessarily equal.

Further, the Superior Court agreed that the trial court did not commit reversible error by failing to apply Mother’s mathematical calculations based on Father’s $10,000,000 income.

The parties, parents of three minor children, were divorced in 2004. The parties entered a Memorandum of Agreement that provided, in part, that Father, a professional hockey player, would pay $15,000 per month in child support unless an NHL lockout occurred, in which case he would pay $2,500 per month until the lockout ended based on Father having custody of the children 40% of the time. Both parties subsequently filed motions for a review of child support and entry of an order. Mother provided evidence of her expenses related to the children, including $1,300 a month for a nanny, a car for the nanny, and $1,130 per month for each child for entertainment. The trial court found that many of the expenses were exorbitant, specifically that “the cost of a nanny is not a reasonable expense” and set support at $9,147 a month.

The Court of Appeals affirmed the trial court decision agreeing with the below analysis.

“An amount awarded in excess of the amount awarded as child support, below, would essentially result in Father providing support to Mother and/or result in subsidizing Mother’s choices regarding the children’s standard of living – choices that Father has historically not supported and inconsistent with his own lifestyle and the choices he has made for the minor children.”

“It is unreasonable for Father to be required to pay more child support than the amount set forth herein because the Mother’s expenses related to the children are excessive. Requiring Father to pay more than the amount set forth herein would involuntarily transfer the power of discretionary spending on the children to Mother and would result in a windfall to her that would benefit her, and her choices, more than it would serve to benefit the children.”

The parties were the parents of twin girls born during the marriage. Under the New Jersey guidelines, if the combined net income of the parents is more than $187,200 per year, the courts have discretion to award a supplementary award based on the excess income. Father was a professional football player whose NFL salary far exceeded the $187,200 maximum. The trial court ordered Father to pay $35,984 a year in base support and found that the children had additional “needs” of $200,000 per year.

Father appealed on the grounds that the trial court committed reversible error by failing to make adequate findings of fact regarding the appropriate amount of child support.

The Appellate Court reversed the decision and remanded the case to the trial court for reconsideration citing Isaacson v Isaacson, 348 N.J. Super, 792 A. 2d.

“A balance must be struck between reasonable needs, which reflect lifestyle opportunities, while at the same time precluding an inappropriate windfall to the child or even in some cases infringing on the legitimate right of either parent to determine the appropriate lifestyle of a child. This latter consideration involves a careful balancing of interests reflecting that a child’s entitlement to share in a parent’s good fortune does not deprive either parent the right to participate in the development of an appropriate value system for a child. This is a critical tension that may develop between competing parents. Ultimately, the needs of a child in such circumstances also calls to the fore the best interests of the child.”

The Appellate Court found that the award of supplemental child support of $200,000 annually was arbitrary and the trial court did not make adequate findings regarding the actual needs of the children, many of which the Court found to be unreasonable. In addition, the Appellate Court ruled that the trial court was to impute income to the Mother and to calculate the Father’s percentage of child support accordingly.

The Court of Appeals affirmed the trial court decision that a strict application of the standards would be unfair and unreasonable because such a high amount of child support would far exceed any amount necessary to provide for the children in a lifestyle similar to what the parties would have enjoyed had they not divorced. Furthermore, excessive amounts of child support would be detrimental to the children and the values that their parents had instilled in them. Finally, the court found that such a high award would constitute “hidden maintenance.”

The parties were the parents of twin boys who were 13 years old at the time of the divorce in 2006. Father earned a base salary of $200,000 along with annual cash and stock bonuses. In the three years prior to the divorce, Father’s cash bonuses were approximately $530,000, although his bonuses had reached $3,800,000 in previous years. Schedules in the Connecticut child support guidelines do not address circumstances in which the combined net weekly income of the parties exceeds $4,000 at which point child support for two children is designated as 15.89% of net weekly income.

The trial court ordered Father to pay $636 per week based on his salary and 20% of his net annual bonuses in addition to paying 100% of the children’s private school tuition, day care expenses, extracurricular activities, and medical expenses. Father appealed the portion of the award requiring him to pay a fixed percentage of his net bonus.

The Supreme Court reversed the trial court, agreeing with Father that the trial court abused its discretion in requiring him to pay 20% of future bonuses as child support, specifically citing the preamble to the Connecticut statutes.

“The preamble further explains that the guidelines are based on the income share model, which considers the income of both parents and presumes that the child should receive the same proportion of parental income as he or she would have received if the parents lived together. Children’s economic needs do not increase automatically, however, with an increase in household income. Although parents may spend more on their children in absolute dollars as their income grows, thus raising the child’s station and standard of living, the income shares model reflects the principle that spending on children as percentage of household income actually declines as family income rises.”

Thus, the Supreme Court determined that it was inappropriate to award a percentage of the bonuses in excess of 15.89% noting that “the effect of unrestrained child support awards in high income cases is a potential windfall that transfers wealth from one spouse to another or from one spouse to the children under the guise of child support. In the present case, the award of 20% of the Father’s indeterminate annual bonus without any justification relating to the characteristics or needs of the children closely resembles disguised alimony.”

The parties were the parents of one child born out of wedlock. The Juvenile Court ordered Father to pay monthly child support of $3,093, with $1,780 of that amount to be placed in a trust for the child’s college education based on Father’s monthly net income of $14,278. Father appealed and the Court of Appeals reversed, limiting the monthly child support to $1,312, derived by applying 21% (the amount of support for one child under the Tennessee guides) to $6,250 (the maximum monthly amount to which the guidelines explicitly applied). The Court of Appeals ruled that the Mother would have to demonstrate exactly why additional money was required.

Mother appealed, arguing that the guidelines do not limit an award of child support to the first $6,250 of the payor’s monthly net income.

The Supreme Court agreed with Mother and remanded the case to the Juvenile Court for reconsideration.

In reaching its conclusion, the Supreme Court determined that the guidelines provided latitude for the courts to exercise their discretion in high-income cases. In summary, the Supreme Court concluded that “21% of an enormous monthly income may provide far more money than most parents would allot for the support of one child. However, it would also be unfair to require a custodial parent to prove a specific need before the court will increase an award beyond $1,312.”

This article has provided only a few cases related to determination of child support in high-income cases. However, the trend in these cases, as in many other states, is that the courts have discretion to determine the appropriate child support based on all relevant factors, including the ability of the parties to pay, the actual needs of the child(ren), and the lifestyle enjoyed during the marriage. 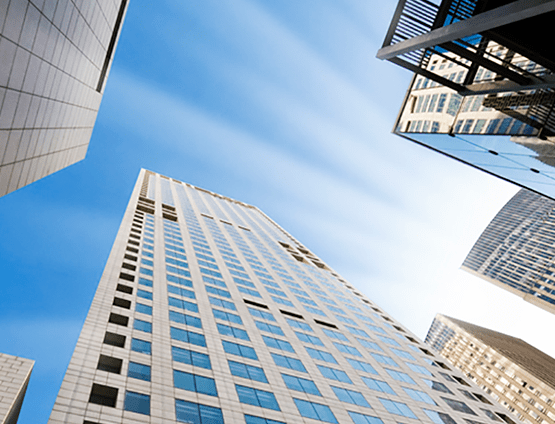