Why Is Valuation an Enforcement Priority for Regulators? A recap from the Stout Investment Fund Valuation, Issues, Trends, and Best Practices Event

Why Is Valuation an Enforcement Priority for Regulators? A recap from the Stout Investment Fund Valuation, Issues, Trends, and Best Practices Event

Recent SEC OCIE examination findings and enforcement actions have sparked a trend of increased scrutiny on fund valuation. Especially with the emergence of digital assets/cryptocurrencies as a new asset class, valuation continues to be an ever-increasing focus area of regulators. Stout recently hosted its’ annual investment fund evaluation event in New York that brought together members of the local investment community and industry experts to discuss these key issues.

The question at the center of the discussion, posed to Matt Rogers, was why valuation is such an enforcement priority for regulators. Listen to the recording or read the transcription below to get his perspective:

Matt, why don't we start with you. Why don't you discuss why valuation is such an enforcement priority for regulators?

Well, let's begin with the SEC’s mission. If you go to their website, you will see that it has three main priorities. One is to protect the investors, maintain fair, orderly and efficient markets and facilitate capital formation. Valuations affect all these, all these elements of the SEC's mission. Many public companies and investment companies have significant assets on their books that are based on valuations. Those valuations, many of those are fair value ones like Jesse mentioned. Those fair values, they're required to be measured when they're initially acquired and then periodically after that.

An improper valuation of any asset will result in the company's financial statements to be misstated or causing its stock prices or NAVs, net asset values of an investment company to be misstated. If any asset is overstated, which is arguably the worse of the two scenarios, right, investors can be harmed by overpaying or being lured into an investment fund. That said, a company that undervalues its assets may hurt investors that sell out while the underlying company may be undervalued, and the stock price then maybe correspondingly be undervalued. Accordingly, the valuation process is integral to maintaining confidence in our capital markets.

Circling back to the SEC’s mission, without a consistent and impartial valuation process, investors could be harmed, and the capital formation process will be hindered. Accordingly, most of the assets require some periodic valuation to be performed. While I would like to think that a very high percentage of entities are trying to get it right, there is still a fair number of SEC cases that involve impropriety. There are always a few bad eggs available for everybody.

Valuing assets, which there's no readily available market require significant judgment. Who performs the valuation and how it's accomplished will be at the forefront of the regulator's minds. Now, with that, there is a new commission that came in, in 2017 following changes in the Executive branch, the election.

Jay Clayton became the Chairman of the SEC. He announced a variety of initiatives including a renewed focus on retail fraud, which is an effort to protect mainstream investors versus Wall Street investors. This followed actions by the SEC in 2016. They reassigned a 100-staff to the Investment Advisory Examination Unit, and those are the people who go out and inspect and examine investor advisors and investment companies. This initiative puts a spotlight on investment advisors, hedge funds and private equity and the like, including how the respective investments are valued. You might see a lot more activity in that space and we have seen some more.

One thing I wanted to add on this. I mean, investor protection, I think when the SEC talks about its three missions, it often focuses immediately on investor protection versus the other two. I think one of the reasons why valuation is a recurring theme of the Division of Investment Management, in particular, is because it actually is one of the few areas in terms of investor protection where there's significant discretion exercised by the participants in the market, namely, the advisors and the funds that they manage.

We often, hear when we're talking to the SEC, not so much the Enforcement Division, because they tend not to talk, but the Examination Branch which comes in and actively explores the activities of market participants on a regular basis. They focus on this element of discretion. I think that's where you see, particularly with alternative investments where they're often aren't liquid markets for some of the assets that are being inquired, this focus on trying to police the exercise of ad-hoc determinations and discretion is really, I think, why we see this recurring approach and focus on evaluation.

The other area where the SEC focus is in, a lot of you will be aware of this is on the determination of fees by the board. The board is mandated by the Investment Company Act and the Advisor's Act to monitor and police E levels. Again, if you think about it, this is not a market-determined exercise. There is somewhat of a nascent market evolving in terms of management fees and incentive fees that apply to different types of fund entities but, generally speaking, it's done on an ad-hoc basis by different boards of directors and advisors. Again, that becomes a focus of regulators because they recognize that when fraud occurs it often occurs in shadows and in places where there isn't sunlight. These sorts of valuation determinations are kind of ... Not that they are, but they certainly have the potential to be an area of broad.

With that, I guess I should turn a little bit too, in addition to why this is a focus of the SEC, what are the ramifications, and we talked a little bit about the fact that you can't end up with improper trading signals in the market. Obviously, that's a significant element of focus for the SEC. But, also, the payment of fees, determination of fees and because the inputs are typically based on assets and the income or a capital gains generated by those assets, that becomes an area of focus because if the inputs are flawed then the market can't correct and appropriately value.

The SEC, through a number of different avenues, try to police that and the PCAOB under delegated authority from the SEC works with the audit firms to put in place appropriate regulations to police the activity of the monitors. In fact, that's the PCAOB's action.

Quickly, we'll spend a little bit more time on this later, what are the ramifications of doing things wrong. There is a number of statues that come into play and they'll be discussed this morning. Section 10b-5 and the 34 Act, or the Securities Exchange Act, is a regulation that basically requires that any disclosure related to the operation of an investment fund or a regular operating company has no material misstatements or omissions. There's a feedback loop here from the determination of valuation and how that plays to the public disclosures whether it's in the financial statements or the actual amounts that have been disclosed or the discussion of the process that's being undertaken by people. That's 10b-5.

Then, there's also section 38a-1. I don't want to make this just a legal seminar but, that's basically the item that says that advisors who work with funds have to develop policies and procedures appropriately designed to ensure that there'll be compliance with the securities laws and in particular the Investment Company Act.

Those are kind of two areas. There are also some other provisions in the Advisors Act that come into play about conducting your operations fairly and without committing fraud. I think the two that we hear most often from the examination branch are 10b-5 and 38a-1.

As I mentioned in my opening, a lot of times, a lot of investments are very easy to value. But, other types of investments require a lot of estimates and the application of certain accounting guidance. 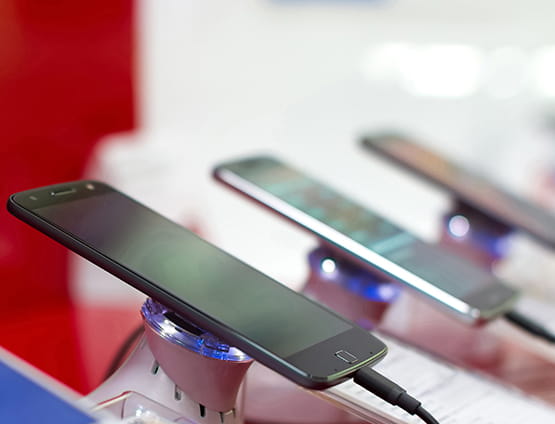