Historical EV / EBITDA multiples were at their highest level during 2017 at a median of 11.3x¹, primarily driven by resilient public equity markets, robust M&A activity, and abundant capital creating a competitive market. Strategic buyers dominated deal volume as they look to broaden service offering capabilities, grow market share, and expand geographical reach. Strategic buyers also look to increase earnings via scale and synergies, as they are pressured to create shareholder value in a mature and competitive industry. Private equity activity remained at historical levels and showed interest in select segments with the strongest compounded growth, such as Construction & Contracting and Diversified Industrials. As the economy continues to strengthen, construction and infrastructure spending initiatives will fuel organic growth and ignite further strategic M&A activity. 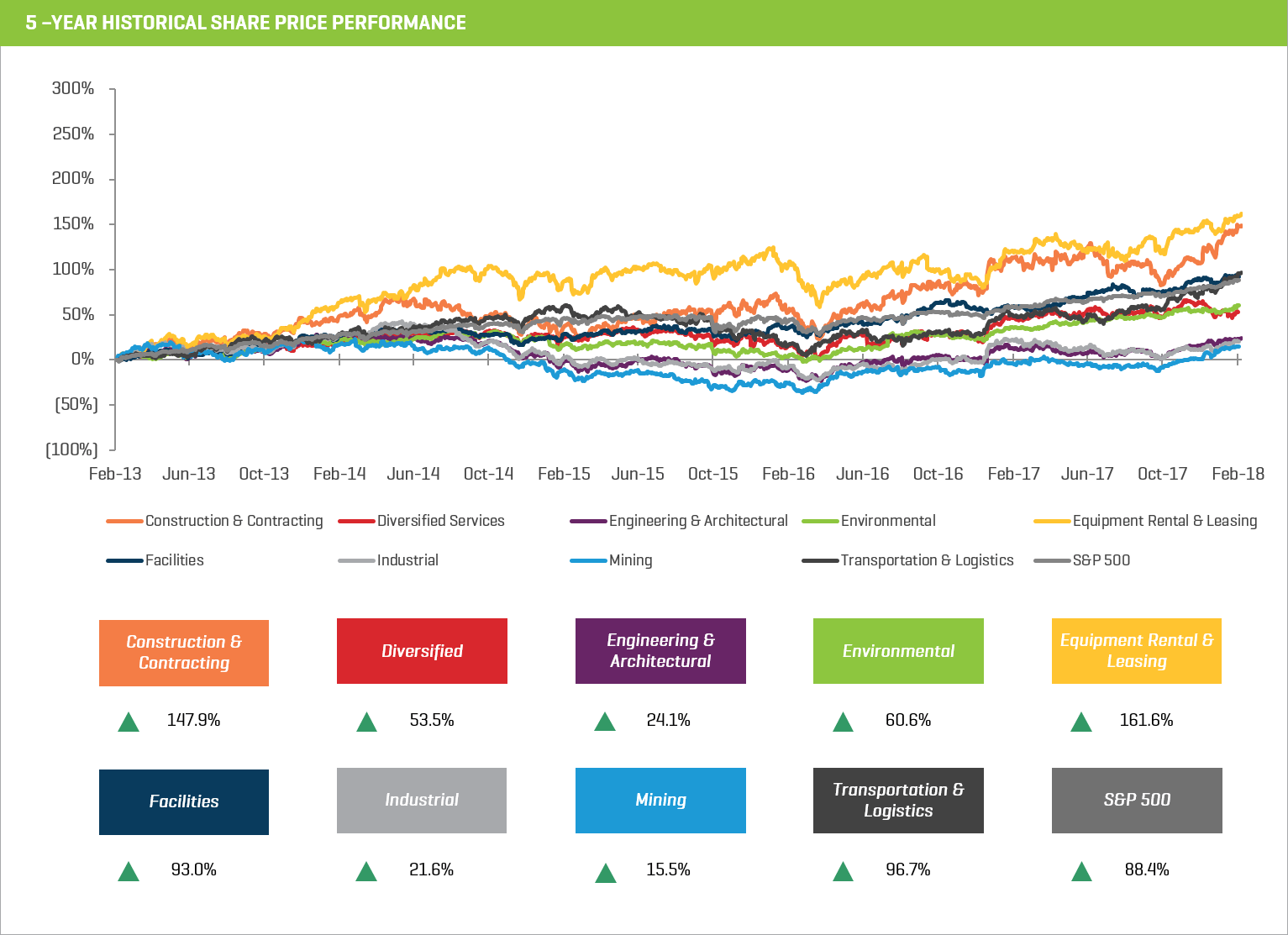 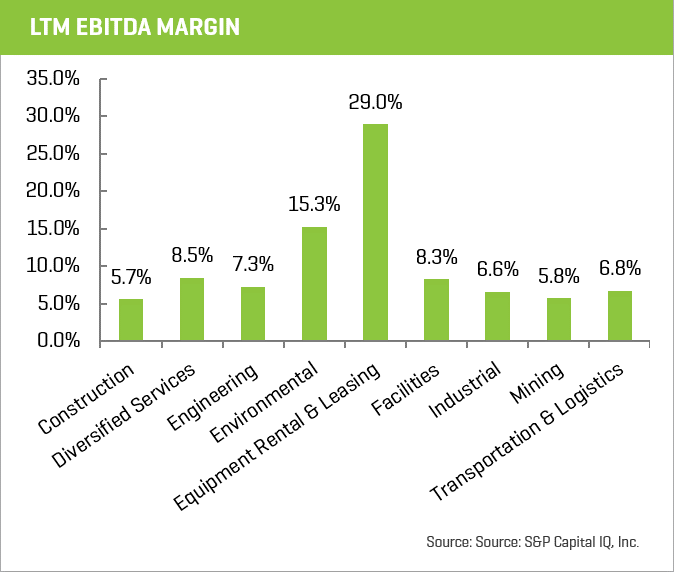 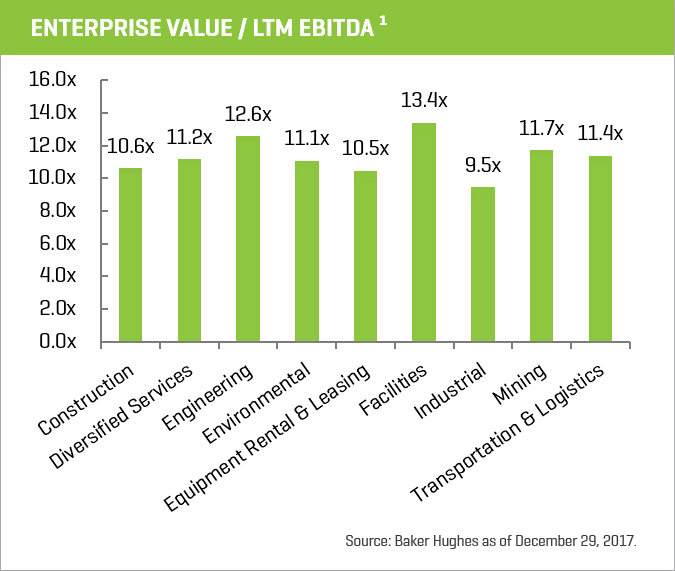 The construction segment saw a handful of cross-border, high-premium transactions with notable interest from both private equity and strategic buyers, including:

Industrial conglomerates such as NV5 Global, VINCI, and ABB dominated M&A activity within the diversified industrials segment as they continue to consolidate the smaller players in the marketplace. The most notable transactions include:

The engineering and architectural services segment contained the largest deals by size and traded second highest by group, in terms of EBITDA multiples. Acquisitions were primarily sought after due to realizable synergies which are expected to become accretive to earnings. The four largest deals include:

The environmental services segment continues to expand as environmental standards and concerns push for stronger green initiatives. As a result, M&A activity is increasing and has had a primary focus towards broadening geographical and service offering capabilities. The most notable transactions include:

The equipment rental and leasing segment saw a handful of strategic transactions that are meant to increase market share position and ensure they are staying competitive. The most notable
transactions include:

The facilities services segment traded at the highest EBITDA multiples out of all nine groups, in part, due to significant cost synergies anticipated to be realized post transaction by acquirers. Three notable transactions include:

Industrial services M&A activity was driven by large conglomerates and private equity interest. Strategic buyer activity was motivated by anticipated long-term benefits for both the target and the acquirer, due to complementary product mix and integration. Three notable transactions include:

The mining services segment saw the most activity in Australia, and had two notable transactions from NRW Holdings, which is looking to expand its presence and service offerings into adjacent and complementary sectors. The two NRW transactions include:

The transportation and logistics segment is experiencing a rapid change in how it operates and adapts to shorter delivery-time demands and higher e-commerce delivery volume. These changes
have resulted in a handful of transformative acquisitions which have already begun disrupting the industry. Three notable transactions include:

(1) Multiples above 20x are excluded from the mean/median calculation 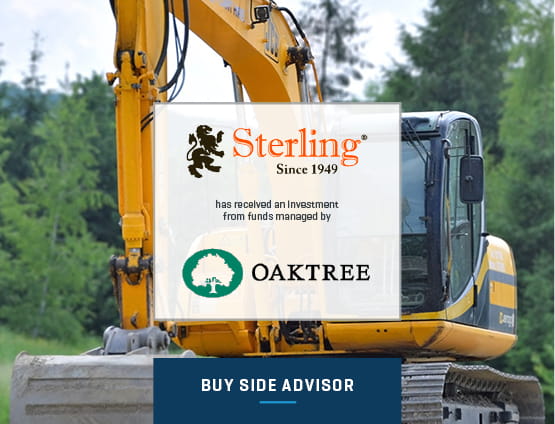