Jody Foster began the discussion by pointing out that there’s no real “right” answers when it comes to having appropriate policies and procedures around valuing Level III assets – but there are a lot of “wrong” answers. Foster indicated that the key is having a straightforward process, documenting the process, and making sure that whatever is documented is the process that is actually followed. Foster noted that, as an example, she has a client that is a fund of funds manager where the underlying funds are purchasing marketable securities who recently decided to purchase land that has some producing and some non-producing oil wells in various parts of the country. When the client decided to make the land purchase, they had to work on updating their valuation related policies and procedures which resulted in the policy expanding from one page to 17 pages.

Foster emphasized that there are a few keys to having well-drafted policies and procedures, including:

In terms of what the fund administrator looks for as it relates to valuation policies and procedures for the funds they manage, Brawner indicated that as a fund administrator they make sure that a fund has in place a valuation policy. If one does not exist, or is not being followed, Brawner stated that is a “non-starter” for working with that fund. Additionally, Brawner reviews the fund’s valuation policies from a quality perspective and reviews the fund’s process to make sure that the policies are being consistently applied in practice. He further indicated that when it comes to policies, more is not better, and neither is complexity – reiterating Foster’s point, Brawner said that the policies should be simple and well thought out, and controls should be in place around the valuation process. Brawner then provided a few processes, functions, and controls that he believes should be in place including:

Brawner indicated that while all of those controls are important, the best way to test whether a policy is strong is to perform back-testing. Doing so helps the administrator and the auditors get comfortable with the model. Brawner also pointed out that the principles highlighted by him and Foster not only apply to funds but also to public companies which are required to perform periodic valuations.

Anderson also pointed out that the financial statements need to disclose what the policies and procedures are around fair value, and emphasized that disclosures must be consistent with what is being done. He highlighted that several SEC enforcement actions were the result of poor disclosure, i.e. contradictions between what the fund publicly disclosed and their internal policies and procedures around valuation.

The moderator, Jesse Morton, closed out the discussion around policies and procedures by noting that SEC Chairman Jay Clayton has stated numerous times that one of the SEC examination and enforcement priorities under his tenure will be reviewing policies and procedures, making sure they are adequate, and that they accurately reflect the process that is in place.

When a Valuation Is Provided by an Independent Third Party, Does It Tend to Have More Credibility in the Eyes of Regulators?

Foster started the discussion by emphatically stating that yes, a valuation performed by a third-party absolutely has more credibility than one performed internally. Foster noted that there are a few reasons for this:

Foster, however, indicated that in her experience the SEC does not want to see a firm completely outsource their valuation process. But, a third-party valuation expert can work with the firm to provide perspective and insights around the process, policies, and procedures.

Anderson added to Rogers’ observations and stated that it is also important that the firm understands how the third-party valuation specialist arrived at the conclusion that they reached, including the inputs that go into the model. The firm does not, however, need to understand the details of the calculation. Anderson noted that during an SEC examination, it is not uncommon for the firm’s CCO, CFO, or even a Director to be asked to explain what inputs were utilized by the third-party valuation provider. Therefore, it is critical for those with key roles in the valuation process to understand the inputs, and be able to explain them to regulators.

Last, Anderson stated that the firm needs to make absolutely certain that any specialist being used which the firm relies upon actually has expertise in the area for which they are being hired. He stated that in a recent enforcement action, In the Matter of KPMG and John Riordan, CPA, released on August 15, 2017, the SEC took particular exception that John Riordan, the partner-in-charge on the audit of Miller Energy Resources, Inc., “had no experience auditing companies in the oil and gas industry.”[1]

See the first installment for the panel discussion on why valuation is an enforcement priority for regulators, common valuation related issues, and relevant accounting guidance, and the third installment for the panel discussion on the impact of a recent enforcement action, how a fund can best prepare for an audit and regulatory examination, and how funds can best avoid regulator scrutiny of their valuation process. 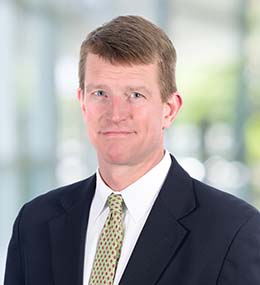