The year 2015 proved to be an active and interesting year for M&A cases in the Delaware Chancery Court and the Dole case was among the most significant.

David Murdock, CEO and chairman of Dole — who owned approximately 40 percent of the outstanding Dole shares and who initiated a going private transaction that closed on November 1, 2013, at $13.50 per share (approximately $1.6 billion) — was found liable for breaching his fiduciary duty of loyalty in connection with the deal. Michael Carter, a director of Dole and its president and COO, was also found liable for breaching his fiduciary duty of loyalty. He was accused of committing fraud in the going private transaction for, among other actions, manipulating information released to the public markets, canceling an open-market stock repurchase program (thus, negatively affecting the stock price), and aiding Murdock in buying Dole stock at a lower price. This article discusses the M&A process and valuation-related issues pertaining to the Dole case.

Many structural process issues in this matter were seemingly handled according to best practices for managing related-party transactions; however, in the end a strong M&A process was not a panacea for the violations and breaches of fiduciary duty. When the Dole going private transaction was under negotiation in 2013, the MFW Delaware court case2 had recently been decided. The decision essentially protected the M&F Worldwide (MFW) board from liability under the business judgment rule in a related-party transaction. Prior to the MFW decision, a typical related-party merger transaction was subject to the higher entire fairness standard, shifting to the related party the burden of proof that it had executed the transaction according to fair process and fair price.

MFW was a significant case because the board and the controller were insulated from liability in a related-party merger transaction by taking two steps in combination: 1) the board formed a special committee of disinterested directors, and 2) a vote of the “majority of the minority” of disinterested shareholders was held. Under the business judgment rule, a board is generally allowed much more latitude to operate when negotiating a merger transaction as long as the transaction price falls within a range of reasonableness of fair market value. The Dole transaction followed a process and structure similar to MFW’s: a special committee was formed, and the transaction was subject to a vote of the “majority of the minority” of disinterested shareholders. In addition, the Special Committee retained a separate financial advisor and legal counsel that negotiated a higher price with the related party. The financial advisor was praised by the Chancery Court for its advice to the Special Committee and for helping negotiate the $13.50 merger price — an increase from the original $12.00 offer, implying a 20 percent premium over the price traded in the stock market.

A number of issues in the Dole matter became problematic from a process perspective, beginning with the formation of the Special Committee. The Chancery Court found Carter restricted the Special Committee’s mandate to meet to “specifically consider Murdock’s proposal and for no other purpose,” thereby not allowing the special committee to entertain transactions with other bidders. Carter, the court also found, interfered with the Special Committee’s process by attempting to influence selection of the Committee’s advisors, insisting on controlling the terms of any nondisclosure agreements the committee could enter into with other potential bidders, and improperly granting data room access to Murdock’s advisors.

The financial projections for Dole that were used in the going private transaction were another crucial issue. The Chancery Court found that the revenue and profit forecasts provided to the Special Committee lacked credibility because they were constructed using a “top down” instead of the usual “bottom up” process that Dole normally undertook, involving line business managers in the estimates. Moreover, the Chancery Court said, the projections “inexplicably” showed flat EBITDA estimates for 2016 and 2017, except for a small adjustment for new cargo ships. The Special Committee and its financial advisor recognized that the projections as originally presented were not reliable; those “lowball” projections were substantially below the projections that had been used about six months earlier to finance Dole’s sale of its Asian fresh produce and global packaged food business to ITOCHU International Inc. The Special Committee and its financial advisor recognized the inconsistencies in the projections provided by Dole management and apparently made “Herculean” efforts, as noted by the Chancery Court, to overcome the information deficit by creating their own projections.

Cost savings estimates became a point of contention in Chancery Court as well. Cost savings from the sale of Dole’s Asian operations were initially estimated to be $50 million annually, which was communicated to the markets as $20 million to be implemented immediately in 2012 and another $30 million to be realized in 2013. Carter, however, changed the cost savings estimate to suggest that only the original $20 million of cost savings would be achieved. After the announcement of the lower estimate, Dole’s stock price dropped 13 percent. Meanwhile, analysts covering Dole’s debt were told the company had already achieved a $30 million run rate of savings. Murdock’s advisors and the banks looking to provide Murdock with financing for his buyout proposal were told a different, and significantly more positive, story on the cost savings. The inconsistencies about the level of cost savings communicated to the market and to the Special Committee by Dole executives were perceived as deceptive.

The Special Committee also obtained a go-shop provision in the transaction with a small breakup fee (by industry standards). In a fair process, a go-shop provision that allows outside bidders to bring topping bids gives a level of assurance that the transaction in question has achieved a fair price through a fair process. Despite a market go-shop provision in the Dole case, Murdock’s refusal to sell to Chiquita or any other buyer rendered the go-shop provision ineffective. Moreover, any alternative bids would have been based on public disclosures that the Chancery Court found “lacked material information about planned cost savings.” Further, the Chancery Court found that the same lack of disclosure of material information impaired the majority of the minority vote and “foreclosed the ability of the stockholders to protect themselves by voting down the deal.”

Unlike in the MFW case, the Dole transaction was held to the higher, entire fairness standard, requiring fair price and fair process. In cases where the entire fairness standard applies and where fair price is being evaluated, the Chancery Court considers whether the transaction was one “that a reasonable seller, under all of the circumstances, would regard as within a range of fair value; one that such a seller could reasonably accept.” The fair price analysis as part of the entire fairness review suggests that the value of a company is not a “point on a line.” Instead it is a range of value that by its nature suggests a wider spectrum of acceptable transaction prices and is most relevant when a related party establishes a process that simulates arm’s-length bargaining supported by appropriate procedural protections. If the Dole structural process had effectively ensured a fair process, the merger price of $13.50 might have been determined as fair. Given the Dole executives’ actions in driving down the stock price and withholding certain information, however, the Chancery Court thought the Special Committee was prevented from achieving a “fairer” price.

In determining damages, the Chancery Court adjusted the projections and valuation of the Special Committee to reflect the areas where the Dole executives misled the Special Committee, including cost savings and benefits from farm purchases, which had been underestimated. These adjustments resulted in a damage award of $2.74 per share and implied a fair value for Dole of $16.243 per share, which was meant to approximate the result had an arm’s-length negotiation taken place between parties having equal information. 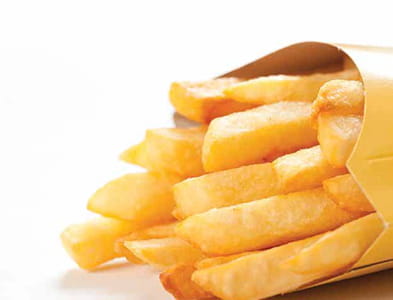