Through in-depth analyses of recent cases, we find that courts analyzing shareholder/operating agreements strive to determine and effectuate the parties’ intent – but agreements aren’t always safe harbors from liability for oppression.

We examine U.S. courts' recent treatment of contractual provisions commonly found in shareholder/operating agreements. These cases highlight the deference courts generally afford to parties to define the scope of their duties to one another.

Who Is Bound by the Agreements?

Shareholder and operating agreements are interpreted broadly and may apply even to nonsignatories and nonshareholders or members. This is common in the context of involuntary transfers, as sometimes happens in divorces. For example, in Baumbouree v. Baumbouree, 202 So. 3d 1077 (La. Ct. App. 2016), a shareholder agreement bound the nonsignatory wife to the valuation provisions that the ex-husband had signed during the marriage. Because the stock was in his name, he had the exclusive right to control it, and the ex-wife was bound to his agreement.[3] Likewise, in Slutsky v. Slutsky, 451 N.J. Super. 332 (N.J. Super. Ct. App. Div. 2017), a shareholder agreement signed only by the ex-husband was determinative in valuing the ex-husband's interest in a partnership.

In Summer Haven Lake Assn. v. Vlach, 25 Neb. App. 384 (Neb. Ct. App. 2017), the court held that the defendant intended to bind himself personally when he signed a shareholder agreement with blanks reserved for "shareholder" rather than on the signature line for the authorized officer of his corporate principal (who was the actual shareholder). Conversely, a Delaware Chancery Court held that an actual shareholder was not bound to a shareholder agreement when he acquired stock without knowledge of its transfer restrictions. Henry v. Phixios Holdings, Inc., 2017 WL 2928034 (Del. Ch. July 10, 2017).

Forum-selection and arbitration clauses, which limit the available forum in which disputes may be resolved, are both common and commonly upheld. In some cases, these provisions have been held to apply to nonsignatories.

In Altobelli v. Hartmann, 499 Mich. 284 (2016), a former principal of a law firm sued individual principals of the law firm. The Michigan Supreme Court held that the plaintiff’s tort claims fell within the scope of an operating agreement provision that mandated arbitration for any dispute between the firm and the former principal, even though the firm was not a named party. Similarly, in Bonanno v. VTB Holdings, Inc., 2016 WL 614412 (Del. Ch. Feb. 8, 2016), a defendant nonsignatory could rely on a forum-selection clause because the defendant’s relationship was “sufficiently close” to the signatories of the agreement such that it was foreseeable that the defendant could sue under the agreement’s provisions. In Loya v. Loya, 507 S.W.3d 871 (Tex. App. 2016), the plaintiff was bound by a forum-selection clause requiring dispute resolution in the Netherlands, where her ex-husband (who had transferred shares to his ex-wife) had signed an agreement explicitly binding parties regardless of death or divorce.

A nonsignatory plaintiff was bound by an arbitration clause in Craddock v. LeClairRyan, P.C., 2016 WL 1464562 (E.D. Va. April 12, 2016), because her conduct constituted acceptance. Although the shareholder agreement suggested a specific method of acceptance, the court did not find that suggestion limiting. The plaintiff's actions suggested her intent to accept the shareholder agreement.[6]

Operating/shareholder agreements vary widely in quality and scope, and they sometimes omit key terms. Courts often avoid reliance on extrinsic evidence or findings of ambiguity. Instead, they seek to discern the parties' intent through reference to the agreement's existing language, when possible.

In Mintz v. Pazer, 152 A.D.3d 761 (N.Y. App. Div. 2017), the court used a shareholder agreement to determine a valuation date for shares, though the agreement did not provide one. The agreement suggested that the parties intended valuation to reflect the fair market value of the shares at the time of sale. Because the parties had already exchanged appraisals, the court held that the valuation date should be contemporaneous with that exchange. Likewise, in In re: Discontinuance and Disposition of P.K. Smith Motors, Inc., 188 So. 3d 324 (La. Ct. App. 2016), the court enforced a shareholder agreement where the buy-sell provision stated, "The purchase price for each share of stock purchased pursuant to this Agreement shall be $___." Despite the lack of a price term, the court held that the overall agreement was clear and unambiguous, and the provision containing the blank price was a transfer restriction intended to keep shares within the family.

The court in Bales v. Babcock Power, Inc., 476 Mass. 565 (Mass. 2017) held that the defendant employer's termination of plaintiff (for an affair with a coworker) was actionable. The defendant argued that the affair constituted a "willful and material breach" of the agreement. The defendant gave the plaintiff no opportunity to correct the breach, even though the agreement required this. According to the defendant, the plaintiff's behavior was "uncorrectable" and thus the correction would have been futile. The court found this interpretation "implausible" instead, the court held that the correction provision included an opportunity to correct adverse effects caused by an irreversible breach.

Operating/shareholder agreement provisions that provide shareholders, members, and managers or officers with general authority to take certain actions are not always safe harbors from liability when used to oppress other owners in specific contexts. For example, in Celauro v. 4C Foods Corp., 2016 N.Y. Misc. LEXIS 3711, 2016 N.Y. Slip. Op. 31917(U) (Sup. Ct. Kings Co. Oct. 12, 2016), the defendants amended a shareholder agreement to enable them to repurchase the plaintiff's shares at a lower value. The amendment prevented transfer of plaintiff's shares, had no apparent business purpose, had no benefit to the shareholders, and was timed to coincide with the shareholder's imminent death. The court held that such an amendment, though innocuous and legal on its face, could breach the implied covenant of good faith and fair dealing and breach fiduciary duties.

In State v. Bruun, 405 P. 3d 905 (Utah 2017), broad powers granted to the defendants by the operating agreement did not unambiguously authorize the defendants to use LLC capital for the expenditures that led to their theft charges. The authority was qualified by specific restraints, rendering it reasonable to find that the defendants’ acts were unauthorized. However, in Andersen v. Succession of Bergeron, 217 So. 3d 1248 (La. Ct. App. 2017), the court was asked to interpret an operating agreement that granted managing member RLB unilateral authority “to act for the company in any banking transaction, sale, mortgage, lease, or other transaction involving assets or property owned by the company.” It also provided that any transaction by a manager involving company property required a majority vote of membership. Finding that RLB had authority to transfer property without other members’ consent, the court held that the majority vote provision applied only to acts of managers other than RLB because other interpretations would render the first provision meaningless.

Courts tend to strictly construe provisions in shareholder or operating agreements that restrict control by the owners. Relying in part on the shareholder agreement, the court in Sciabacucchi v. Liberty Broadband Corp., 2017 WL 2352152 (Del. Ch. May 31, 2017) concluded that Liberty was not in control of Charter even though Liberty held itself out to the Securities and Exchange Commission as controlling. The shareholder agreement prohibited Liberty from acquiring more than 35% of Charter's stock, from designating more than four out of 10 directors, and from soliciting proxies or consents; it also required majority or disinterested approval for many transactions.

The plaintiff in Kilpatrick v. White Hall on MS River, LLC, 207 So. 3d 1241 (Miss. 2016) was found not to be a member of the LLC because he failed to fully pay his contribution required under the operating agreement, even though he was designated as a member on exhibits to the agreement and on entity tax returns. In McDonough v. McDonough, 169 N.H. 537 (N.H. 2016), an operating agreement provided that the LLC “shall continue in full force and effect for a term of twenty (20) years, unless sooner terminated or continued pursuant to the further terms of this Agreement.” The court held that the second clause, when read with the LLC Act, permitted a majority of its members to revoke the dissolution provision – the agreement permitted unanimous amendments, and the Act permitted members to revoke dissolution by a majority vote.

Unintended consequences can arise when operating and shareholder agreements are not amended as the entity’s operations or goals change. Still, courts will sometimes apply the agreement to effectuate the parties’ intent and apply it to the new factual context. For example, an amendment expressly acknowledging a two-year period was held to be a permanent amendment to an operating agreement in Daniel v. Ripoli, 2016 IL App (1st) 122607-U (Ill. App. Ct. Nov. 16, 2016), because it had no beginning or end date. Conversely, a strict reading was applied in Veterans Contracting Group, Inc. v. United States, 2017 WL 6505208 (Fed. Cl. Dec. 20, 2017). There, the court looked to a shareholder agreement to determine whether the plaintiff met certain ownership and control standards. Because the agreement required redemption of shares under certain circumstances (e.g., death or bankruptcy), the plaintiff did not “unconditionally” own his shares, and was therefore ineligible for the program at issue.

Generally, courts seek to interpret shareholder and operating agreements to effectuate the parties’ intent and not to infringe on parties’ freedom to contract. Courts will typically work to find the agreements binding, even where terms are missing and sometimes when closely affected parties are not signatories to the agreement. 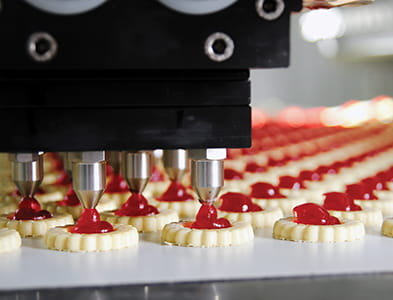