A provider of maintenance and support for U.S. military operations was sold at a purported price of $64.5 million. At issue was the company’s actual enterprise value. Prior to this complicated transaction, one 50% shareholder bought out the other 50% shareholder pursuant to a buyout agreement with a windfall protection provision. The provision stated that in the event of a company sale for over $65 million within the following year, the seller of the company (the defendant) would pay 20% of the entire proceeds from the sale to the selling shareholder (the plaintiff). The defendant alleged that because the stated price in the purchase agreement was $64.5 million, the windfall protection provision was not triggered. Thus, the plaintiff was not owed any proceeds and was not damaged.

The plaintiff engaged Stout to determine the actual enterprise value of the company as implied by the transaction. The purpose was to form an opinion on whether the windfall protection provision was triggered and, if so, to calculate the damages suffered by the plaintiff. We also were engaged to provide litigation support services to counsel, including a massive document management function, discovery assistance, and deposition and trial consulting services. Our expert provided testimony at trial that the transaction was structured in a way to make it appear that the company’s enterprise value was lower than $65 million. We found the actual enterprise value implied by the transaction was well over $80 million, thus triggering the windfall protection provision.

Stout’s expert testimony directly contributed to the court’s opinion that the actual enterprise value of the company was significantly greater than the $64.5 million purported by the defendant. This resulted in a final award to the plaintiff of $21.2 million. 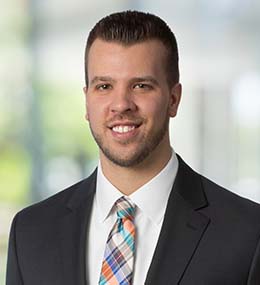