Alan Bowser is a non-executive, independent board member at Stout. He has served in numerous financial services senior executive roles and is currently the Chief Diversity Officer for Bridgewater Associates. We recently spoke with him regarding his career path, key role models, and the importance of diversity and inclusion in the workplace.

Stout
Board of Directors (January 2021-Present)

In previous interviews, you have mentioned a handful of individuals who had an impact on your career.

While at the University of Pennsylvania, you worked as a research assistant for Leon Higginbotham Jr., an American civil rights advocate, historian, presidential adviser, and federal court judge. What was it like to work with such a prominent and successful figure while you were beginning your own career climb?

I met Judge Higginbotham as a college sophomore. I was lucky to talk my way into his graduate lecture on Race and the American Legal Process. While I had access to many notable scholars at Penn, to me, Leon Higginbotham towered above them all. As a federal judge, sitting one level below the Supreme Court, he was almost an icon that I put on a pedestal. But he was so accessible, and he took a personal interest in me. When working inside his chambers became routine, it helped change my perspective on what initially seemed like an unreachable peak. Learning about his personal story – where he started and how far he rose – was an early lesson that helped shape my thinking about what I might achieve.

You also served as Chief of Staff for William Herbert Gray III, an African American Representative for Pennsylvania who served as the House Majority Whip. What did your time with him teach you about how to navigate an environment with relational savviness?

The U.S. Congress is literally a microcosm of America. Every community and culture is represented among the 435 elected officials in the House of Representatives. You can’t rise to the leadership, as Gray did, unless you can build ties across all those constituencies. Gray was a master at finding common ground. There’s an old saying – there are a thousand ways for legislation to fail and only one narrow path for it to succeed. As Majority Whip, the one who pulls together the votes for key initiatives, Gray’s job was to find that path over and over. That meant listening and understanding wide-ranging points of view, finding common ground, nudging people toward consensus, and ultimately forging an agreement. When you think about attacking most knotty business problems in any complex organization, it often takes those same skills.

Finally, you mentioned Charlie Long, former corporate secretary of Citigroup, as giving you your first job in finance, and in your words, “The best sponsor I’ve had in my entire career.” Tell us about the importance of having a sponsor for career advancement.

Many people helped me along the way. My former Capitol Hill colleague, Jon Plebani, helped put my career in finance on the launchpad. But Charlie Long helped it take off. Several things made him a “model sponsor.” He took the time to understand me; our relationship went beyond business meetings and included dinners at his home. He was goal-oriented and intentional; he knew how Citigroup worked and how to chart a path that would help me get to my goals. He had relationship capital and was willing to spend it. And he spoke up for me in meetings and in conversations that were out of reach to me yet critical to my opportunities. But beyond all that, when he reached the point where his sponsorship runway ended, he made sure to connect me with someone who could pick up the advocacy where he left off.

What was a significant obstacle you needed to overcome in your own career climb? How did you do it?

Repeatedly, I took on roles where I had no background. I started out in charge of the legislative staff for Congressman Gray having never dealt with public policy, constituents, or legislation. I entered finance after working 10 years in politics and non-profit management. And I made many transitions within finance to areas where I’d never worked. I made a habit of not worrying about what I didn’t know and focusing instead on building a plan to learn it over time. When you think about your early education, especially as you progress through to graduate school, it’s less about studying particular “things” and more about learning how to teach yourself anything. That’s a lesson I was fortunate to learn well and apply over and over.

Over the course of your career, you have gained experience in politics, non-profit work, corporate finance, and diversity and inclusion (D&I). How has your experience in the first three informed your approach to the last?

My political experience taught me how to find common ground among disparate views. My work with a non-profit – The United Negro College Fund – helped me see that building diversity doesn’t start at the company door. It starts with leveling the playing field of opportunity, so the pool of qualified talent includes people from all backgrounds. And my time in front office roles across several financial firms taught me that any strategic priority, including D&I, has to connect to the company’s mission to be sustainable. That doesn’t mean advancing business goals is the only reason D&I matters – although it’s well documented that greater diversity drives stronger financial results. But it does mean it’s important to understand and explain how D&I helps your company do well at the same time it’s doing good work.

As the Chief Diversity Officer at Bridgewater, how have you worked to help mid-level leadership buy into the company’s stated D&I values?

Bridgewater is a principles-driven culture, which some may know from reading our founder’s book. What guides our actions is not a list of dictates from leadership but a set of shared beliefs and “root cause and effect guidelines” which we forge through open debate to find fundamental consensus. The way we move forward with common purpose and a thoughtful approach is to define our key principles. D&I is no different. We’ve always held diversity and inclusion as core values. But as we’ve ramped up our intentionality and our desire to improve even further, we worked to define a set of clear, bedrock principles that leaders at all levels can embrace and that can help guide their efforts to create diverse and inclusive teams across the organization.

What can rank-and-file employees at a company do to participate in corporate culture as it relates to D&I?

There are so many ways to engage. For some, getting involved in Employee Resource Groups (ERGs) is a natural path. These are different than clubs or hobby groups, which also play an important, but different, role. The mission of ERGs is not only to create a shared space for people of common backgrounds, experiences, or interests, but they also play an active role in advancing the company’s D&I agenda. Another opportunity is to become an ally. You don’t need a senior title or position to speak up in support of someone who might otherwise be overlooked or whose perspective and experience might be misunderstood. And finally, everyone can take the initiative and learn more about the history and lived experiences of people from backgrounds different than their own. That increased understanding helps form the foundation for a more inclusive workplace where everyone feels they belong.

Your Role as an Independent Board Member at Stout

As an independent board member for Stout, what have been your observations about the company’s Diversity and Inclusion efforts to date and what, if any, insights would you provide to accelerate the achievement of our goals?

Stout’s commitment to D&I starts at the top. That’s the most important ingredient. I’ve never seen a D&I effort succeed without the company leadership walking the talk. After that, there’s no one-size-fits-all game plan. What matters is defining a clear set of objectives – call the shots that are a realistic stretch but also bold enough to get the flywheel going. Those shots can’t just focus on representation. Businesses love to aim at things they can count (more diversity today than yesterday) and where they can set numerical targets (e.g., recruiting and retention). But increasing diversity without ensuring inclusion won’t move you forward. It may actually take you backward as new team members struggle to find their place, get frustrated, leave, and potentially warn others away. I see Stout focusing on diversity and inclusion in equal measure. Most D&I programs start with a core team driving progress. That makes sense. But eventually you need to turn the corner so that D&I is no longer owned by a few dedicated people but rather becomes an embedded part of every leader’s responsibility. Ultimately, diverse teams are higher performing as long as they are inclusive. And if you can’t effectively build and lead diverse teams, you can’t be a high performing leader. 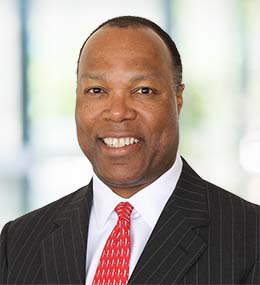