Due Diligence A Lasting Memory in Scrapbooking Company's ESOP Dispute

Due Diligence A Lasting Memory in Scrapbooking Company's ESOP Dispute

Proper due diligence and contemporaneous market research can go a long way in supporting valuations when hindsight is 20/20.

The Antioch Company (“Antioch” or the “Company”), a manufacturer of scrapbooking supplies and materials, consummated a transaction in December 2003 that resulted in the Company becoming 100% employee stock ownership plan (ESOP)-owned (the “ESOP Transaction”). The Company filed for bankruptcy in 2008, prompting certain ESOP participants, who blamed an overpayment in the ESOP Transaction for the Company’s deteriorating financial performance, to sue the founders. However, thorough, contemporaneous due diligence and market research, as well as sound fundamental valuation analyses, proved to be important factors in defending the valuation of the Company in the ESOP Transaction.

Overview of the Company and the ESOP

In the late 1990s and early 2000s, the core business of Antioch was the direct marketing of scrapbooks and accessories through its largest division, Creative Memories. The Company sold its products primarily through the party-plan, direct sales method, using thousands of independent sales consultants. Antioch experienced significant growth during this time, with revenue increasing from $164 million in 1998 to $351 million in 2002. During this same period, earnings before interest, taxes, depreciation, and amortization increased from $32 million to $85 million.

Antioch established an ESOP in 1979 to invest primarily in its stock. In light of certain legal issues surrounding the Internal Revenue Service’s position on dividend allocation, Antioch began exploring the possibility of becoming a 100% ESOP-owned company in the early 2000s. In December 2003, after months of due diligence, Antioch redeemed all outstanding shares of its stock held outside the ESOP as part of a tender offer transaction that left the Company 100% ESOP-owned. In the years following the ESOP Transaction, Antioch’s financial performance began to decline amid industry and macroeconomic headwinds. In late 2008, Antioch reorganized its capital structure through a Chapter 11 bankruptcy. As a result, certain ESOP participants brought legal action against the founders, contending that the stock of Antioch became worthless due to the ESOP Transaction.

Overview of the Financial Advisors’ Roles in the ESOP Transaction

The case was tried in a bench trial that lasted 34 trial days during late 2015 and early 2016. While there were many significant issues addressed during trial, some of the most contentious valuation issues pertained to whether Duff employed reasonable valuation methodologies and relied on reasonable inputs at the time of the ESOP Transaction. Specifically, this article will address the court’s ruling in regard to: 1) whether the projected financial statements relied on by Duff were reasonable, 2) whether a company-specific risk premium (CSRP) was appropriate in the weighted average cost of capital (WACC) analysis performed by Duff, and 3) whether Duff appropriately accounted for Antioch’s repurchase obligation.

In summary, the court found the projections used by Duff, and supported by the Defendants’ Expert, to be reasonable based on management’s track record and the contemporaneous research performed at the time of the ESOP Transaction. In addition, the court found the Plaintiffs’ Expert’s projections to be unreasonable based on the methodologies employed to develop them. This decision provides guidance that a valuation analyst should be aware of with respect to how the court views projections developed using an ARIMA analysis. Furthermore, the court made it clear that downside projections used to evaluate sensitivity analyses cannot simply be made into base case projections and used in a DCF analysis with the same discount rate.

Four of the Plaintiffs’ Expert’s DCF analyses used a WACC that was within the range of what Duff concluded in its fairness opinion, but with materially lower projections. For his DCF analysis, which relied on the same projected financial statements that Duff used, the Plaintiffs’ Expert added a 5% CSRP to the WACC. In general, a CSRP accounts for risk factors specific to the subject company (i.e., unsystematic risk factors) not captured in the equity risk premium, beta, or small stock risk premium. The Plaintiffs’ Expert testified that this 5% CSRP was not based on any specific formula or quantification of the specific risk factors he claimed Duff failed to sufficiently account for in its analysis, nor was it based on any generally accepted methodology.

The inclusion of a CSRP has been a debated topic in a number of litigious business valuation matters. Even if a CSRP is accepted, the courts tend to require that some level of analysis be done, as opposed to adding an arbitrary premium with no explanation or quantification. In addition, when considering the application of a CSRP, a valuation analyst should make sure to consider the cash flows to which this CSRP will be applied. If the cash flow projections have already been adjusted to account for risk specific to the subject company, the application of the CSRP may be duplicative.

An ESOP repurchase obligation refers to an ESOP sponsor company’s obligation to either redeem shares of departing ESOP participants at fair market value upon certain qualifying events or to ensure the ESOP has the necessary funds to do so. The Plaintiffs’ Expert contended that the Company’s discounted future repurchase obligation should be deducted from the value of Antioch when determining the appropriate pershare value of the stock of the Company. Conversely, the Defendants’ Expert (and all the contemporaneous valuation advisors) contended that, from a valuation perspective, it is inappropriate to subtract a company’s projected future repurchase obligation when a company is redeeming shares of departing ESOP participants at fair market value, as it would have no impact on per-share value. Specifically, the Defendants’ Expert gave an example of a company with an equity value of $100, 10 shares outstanding, and thus a per-share value of $10. If an employee of that company with one share retires and the company redeems that share for $10, the company would be left with an equity value of $90 and nine shares outstanding. Consequently, the Company’s per-share value would still be $10.

In reaching its decision, the court found the Defendants’ Expert’s testimony more compelling. The court noted that while the Plaintiffs’ Expert took a direct deduction from the value of the Company for the projected repurchase obligation, he made no reduction to the number of outstanding shares that would have been purchased and retired. Furthermore, the court noted that the Plaintiffs’ Expert admitted that no other valuation professional in this case accounted for the projected future repurchase obligation in this manner in the contemporaneous, non-litigation- based valuations of Antioch. Ultimately, the court was persuaded by the testimony of the Defendants’ Expert that when a company is redeeming and retiring shares from terminating ESOP participants at fair market value (as Antioch did), the future repurchase obligation generally has no impact on the per-share value and that the Plaintiffs’ Expert’s opinion on this matter was not credible.

The Importance of Due Diligence and Contemporaneous Documentation

While the court addressed many important valuation concepts in this case not covered in this article, perhaps the most important takeaway is the importance of performing proper due diligence in a valuation and documenting your analysis with contemporaneous market research so that your valuation will stand up to the scrutiny of potential reviewers down the road who will have the benefit of hindsight. As the court noted, the ultimate outcome of an investment is not proof that a fiduciary acted imprudently, as the fiduciary’s duty of care requires prudence, not prescience. The appropriateness of an investment is supposed to be determined from the perspective of the time the investment was made, not from hindsight.

It is clear based on the court’s ruling that the court was impressed with the due diligence performed and methodologies employed at the time of the ESOP Transaction by the financial advisors and lenders, and by the Defendants’ Expert’s support for these analyses. On the other hand, the court was not convinced by the Plaintiffs’ Expert’s analyses, which were biased by hindsight and used improper valuation methodologies and assumptions. Specifically, the court did not find credible the Plaintiffs’ Expert’s support for his five DCF analyses that relied on unreasonable projections, application of a CSRP to conservative cash flows, and the treatment of the repurchase obligation in a manner that was inconsistent with all other financial advisors at the time of the ESOP Transaction and generally accepted valuation procedures.

This case provides a good example of the importance of performing contemporaneous, thorough due diligence when undertaking a valuation and analyzing the fairness of a transaction. 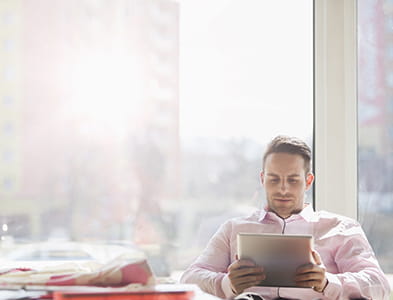