Have You Gotten What You Bargained For? Understanding Sublicenses

Have You Gotten What You Bargained For? Understanding Sublicenses

Sublicenses can help maximize royalty income to a licensor, but ongoing communication among all parties is necessary for everyone to be on the same page.

Licensors that seek to maximize the value of their intellectual property rights often do so by granting sublicenses. A sublicense is a license granted to a third party by a licensee, extending some rights or privileges that the licensee enjoys. These sublicenses can facilitate more effective and efficient distribution, provide greater market acceptance, and generate more royalty income. In other words, what is good for the goose is good for the gander.

Does a Payment Fall Within the Definition of Sublicensing Income/Revenue

The definition of sublicensing income/revenue varies depending on the parties, the technology, the products and/ or the industry. However, it generally includes different forms of payments received in consideration for the sublicense and excludes third-party reimbursement for research and development and other services. Some agreements may have additional exclusions on certain payment forms. For example, in the license agreement between the Regents of the University of California (the "Regents of UC") and Medivation, royalties on sublicense sales of a prostate cancer drug were excluded.[1] In its royalty reporting to the Regents of UC, Medivation interpreted the profit-sharing payments received from Astellas Pharma, the co-marketer of the Medivation prostate cancer drug Xtandi, as being excluded from any calculation of royalty payments owed to the Regents of UC according to the definition of sublicensing income.[2]

By way of further example, imagine that parties enter into a supply agreement in conjunction with a sublicense agreement. Depending on the specifics of the arrangement, the licensee may be entitled to receive payments for the products supplied to the sublicensee and an additional running royalty based on the sublicensee's sales of the product to third parties. We have seen separate licensees interpret the payments received under the supply agreement as any of the following: net sales, sublicensing income/revenue, and payments not subject to a royalty payment. Furthermore, we have observed licensees take the position that sublicensing royalty obligations should be based on either the payments from the supply agreement or the running royalty payments to avoid potential double counting.

It is not unusual for the definition of sublicensing revenue to include language that limits revenue to only the portion related to the licensor's granted rights. In the case where a licensee enters into a sublicense agreement that includes its own patents as part of the licensed patents, determining the portion of sublicensing revenue attributable to the granted rights and subject to sublicensing royalties is often complicated. For illustration purposes, the following scenario (displayed in Figure 1) includes the hypothetical license and sublicense agreements.

In our experience, we have observed varying interpretations by licensees that is often inconsistent with the understanding and position of the licensors. Understandably, answers to these issues are often not defined in the license agreements. For one, the sublicense agreement and other important details are likely unknown at the time of initial license negotiations. Although the parties may contemplate potential sublicenses, it is far more difficult to uniformly contemplate, much less predict, each and every scenario. Therefore, it is crucial for the licensor to communicate with the licensee when sublicense agreements are granted to ensure that both sides are on the same page regarding the sublicense revenue and royalty reporting. For example, inserting a clause that requires the licensor to approve any sublicensing agreements will, at the very least, alert the licensor to such arrangements and can open the door to discussions around how to account for the new revenue.

It is also important to have frequent communication with the licensee for any subsequent sublicense arrangement changes, as well as to identify any new or modified products that should be included in royalty reporting.

If issues arise requiring a more in-depth review of the sales data and examination of the royalty-reporting process, it may be beneficial to trigger the audit clause in the license agreement and engage an independent third party to conduct an audit. Moreover, that audit clause should contain the authority to perform potentially more extensive procedures related to sublicense payments.

The complexity of license agreements is often compounded by the introduction of sublicensing partners. Anticipating potential sublicense arrangements through constant communication with your licensing partners can assist in avoiding awkward and even contentious situations while maximizing the compensation for which you have bargained. 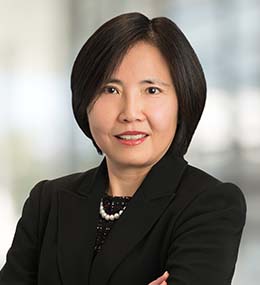