In a rare occurrence, the DOJ issued a public declination to prosecute PetroTiger Ltd. (“PetroTiger”) after PetroTiger voluntarily disclosed FCPA violations committed by its executives.1 The DOJ statement cited PetroTiger’s voluntary disclosure, cooperation, and remediation as factors in that decision. The SEC and DOJ normally do not disclose the existence of FCPA investigations. However, a Miller Chevalier report uncovered a number of SEC and DOJ declinations through October 2015 that were identified through disclosures in companies’ quarterly filings and annual reports — a typical source of such information. According to that report, the SEC had five declinations; the DOJ had nine.

Miller Chevalier reported that 17 known investigations of companies were initiated in 2015, although other sources indicate as many as 84 companies under investigation as of December 31, 2015. 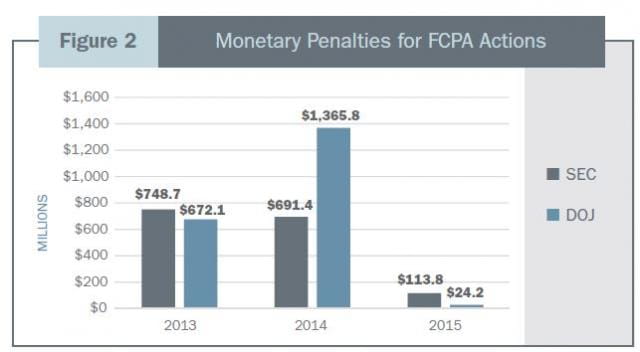 A Divergence of Agencies

A potential split in focus by the two agencies responsible for enforcing the FCPA may be under way. Looking at the number of new enforcement actions and the resolution of existing enforcement actions by the SEC and DOJ in 2015, coupled with anecdotal information, we can see that the DOJ may be signaling a shift to a focus on individual culpability while the SEC may continue its focus on corporate malfeasance. However, this is not to suggest that the DOJ will necessarily lessen its attention paid to corporate entity–level culpability. In 2015, eight out of the DOJ’s 10 FCPA enforcement efforts targeted individuals. Further, all cases brought against a corporate entity also included the prosecution of at least one company officer.

On September 9, 2015, through a memorandum issued by Deputy Attorney General Sally Quillian Yates, the DOJ also announced increased scrutiny of individuals for corporate wrongdoing. The “Yates Memorandum,” as it has become known, though not a radical departure from existing DOJ priorities, certainly emphasized a renewed interest in and zeal for holding corporate officers accountable in corporate misconduct investigations. To that end, Ms. Yates stated, “[o]ne of the most effective ways to combat misconduct is by seeking accountability from the individuals who perpetrated the wrongdoing.”

While far from definitive, the six key steps on the left suggest the DOJ is embarking on an effort to more critically examine and investigate and — ultimately — prosecute individuals. The statistics from 2015 and the DOJ’s explicit announcement through the Yates Memorandum indicate the department is reprioritizing its FCPA strategies. We see this course of action as likely to continue in 2016.

The SEC, on the other hand, continued its emphasis on even minor offenses with a focus on corporate culpability. According to Andrew Ceresney, the SEC’s Director of Enforcement, if an entity fails to self-report, the agency will not recommend cooperation credit. In other words, if a corporation hopes to receive a DPA or an NPA, then it had best self-report. In addition, the SEC targeted individuals in only two of the 10 FCPA enforcement actions it pursued. Figures 3 and 4 demonstrate the divergence of the two agencies in 2015 – their respective focuses on corporate versus individual entities were mirror opposites. Interestingly, there were no joint prosecutions by the SEC and DOJ in 2015, a considerable departure from previous years.

It is unclear whether this divergence will continue into 2016 and beyond. The SEC has spoken explicitly about its willingness and intent to focus more on individual culpability, notwithstanding the challenges it faces in FCPA cases against individuals. The best course of action for a corporation, its officers, and its employees is to have in place an effective and robust compliance program that is continually monitored and updated. Moreover, wise corporate officers will self-report company malfeasance to both agencies as soon as practically possible.

In November 2015, the DOJ announced the hiring of Hui Chen to serve as a dedicated compliance expert. Ms. Chen will assist with assessing the effectiveness of companies’ compliance programs, including what remedial compliance measures should be required as part of a corporate resolution. This hiring signals an emphasis on two areas of compliance: the significant and increased importance the DOJ places on the effectiveness of corporate compliance programs, and the DOJ’s assessment of whether, and to what degree, corporations should be prosecuted for their employees’ alleged failures to prevent and/or detect malfeasance. However, unlike the provisions of the UK Bribery Act, the DOJ has indicated it will not recognize a compliance defense in FCPA actions. Time and experience will indicate how the DOJ will ultimately utilize Ms. Chen.

The FCPA does not extend a private right of action. This fact notwithstanding, multiple private civil actions have been filed — many of them shareholder suits. These actions generally are class actions on behalf of shareholders or shareholder derivative lawsuits against the company’s directors. More recently, foreign government entities whose own officials solicited the bribes under investigation have brought suits under the Racketeer Influenced and Corrupt Organizations (“RICO”) Act against the U.S. companies that allegedly paid the bribes. Attempts at co-opting RICO have largely been unsuccessful, but the trend demonstrates the resourcefulness of potential claimants and the potential additional exposure that can result from FCPA enforcement actions.

Compared with previous years, 2015 saw a significant decrease in DOJ and SEC enforcement actions and monetary penalties. Further, the enforcement actions that were filed indicated a targeting divergence between the agencies, with the DOJ focusing on individuals and the SEC maintaining the status quo of concentrating on corporations. The DOJ’s decision to hire a compliance expert emphasizes its intent to better assess the effectiveness of companies’ corporate compliance programs, to determine whether to step up enforcement by charging both corporations and individuals, and to oversee corporate compliance monitors as part of post-resolution events. Finally, private civil litigation is still an area of increased exposure for corporations even tangentially associated with a potential FCPA violation — not to mention those with publicized or disclosed enforcement actions. 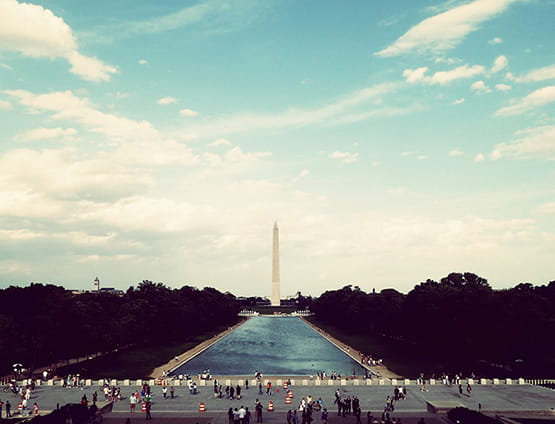