Time and market conditions can lead to varying values for the four most common types of awards.

This article provides an analysis of how four of the most common types of equity-based employee awards fare under different market conditions. (For the purpose of comparison, the awards were structured such that, as of the grant date, they were worth the same dollar amount.) It then addresses how time and market conditions affect the awards’ values, concluding with an analysis of the awards’ risk profiles. As an executive or board member, being able to compare side by side the potential advantages and disadvantages of each type of award provides the framework needed to align the value proposition offered to key employees in the form of equity-based awards with the company’s long term prospects and interests.

In this section we provide a brief description for each of the equity-based awards we studied, the contractual terms that need to be specified at inception, and the motivation behind each award.

Restricted stock unit (“RSU”) awards are compensation offered in the form of company stock. Unlike common stock, RSUs don’t increase the number of shares outstanding at the time of grant because no units are actually issued. Instead, RSU awards usually follow a vesting schedule, and once the award vests an equivalent number of common shares, it is given to the employee. Typical vesting schedules are time-based (i.e., portions of the award are granted over a period of time at specific dates in the future) or performance-based (i.e., the award is granted upon the units’ achieving certain predefined performance metrics). The number of RSU awards granted and the corresponding vesting schedule are the only items that need to be specified at inception.

Total shareholder return (“TSR”) awards compensate the employee based on the relative performance of the common stock of the subject company (i.e., the issuer of the award) during a defined performance measurement period, with respect to the common stock of a peer group (e.g., a set of competitors, companies in the same sector, or components of an index).

This analysis assumes a value of $10 per share of common stock as of the grant date of the awards, as well as an equity volatility of 40% and a risk-free rate of 2.5%. In addition, each option has its own set of assumptions:

For the time-vesting employee stock option (“ESO-T”) award, we assume a vesting schedule of one-third of the award per year for the first three years, a strike price of $10, and an expiration date of 10 years after the date of the grant. This corresponds to an award of 236,449 units to achieve a $1 million award value as of the grant date.

For the performance-based employee stock option (“ESO-P”) award, we assume a vesting condition of 100% on Year 3 if at that point the stock price is 1.1x or higher (approximately 3.23% IRR); otherwise, there is 0% vesting. As with the ESO-T award, the strike price and option expiry were set to $10 per share and 10 years, respectively. Under these conditions, a $1 million award value as of the grant date corresponds to 303,474 units.

For the TSR award, we assume a peer group of five companies. Although all five companies were assigned 40% equity volatility for the purpose of simplicity, the analysis uses a realistic correlation matrix with correlation coefficients between 30% and 45%. The vesting condition has a measurement period of three years, and an award of 2.0x, 1.5x, 1.0x, 0.5x, and 0 for relative rankings of first, second, third, fourth, and fifth, respectively. Under these conditions, a $1 million award value as of the grant date corresponds to 86,103 units.

Using the aforementioned assumptions, the stock prices at Year 3 were simulated for 100,000 paths, and the values of each type of award were computed for each sample path. In the case of the ESO-T award, the whole award is vested at Year 3 and have a remaining life of seven years. Because the underlying stock performance is known at Year 3, it was possible to estimate whether the ESO-P award would vest, and also compute how many TSR units would vest, based on the relative ranking of the company within the peer group.

Results
Figure 1 shows the value of each type of award as a function of the realized stock price at Year 3: 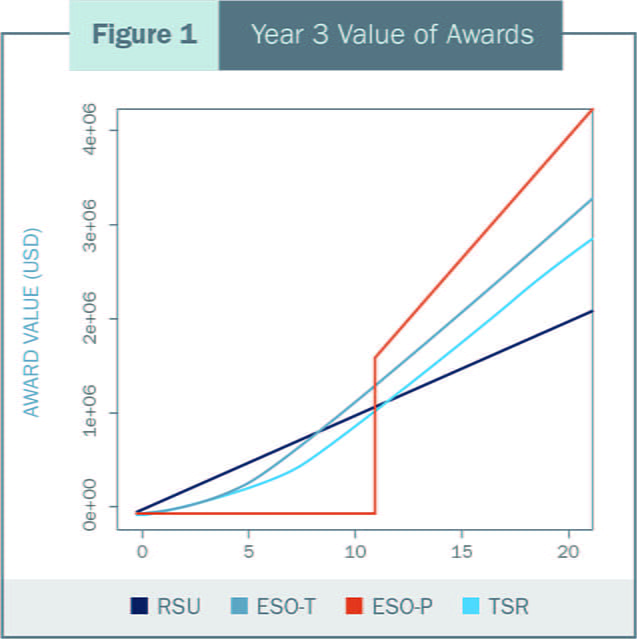 Figure 2 shows the probability of achieving a given award value at Year 3: 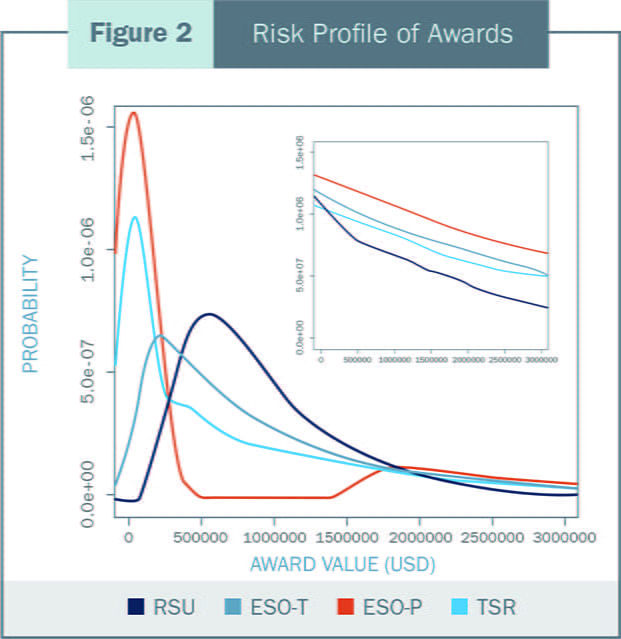 Using standard accounting rules for computing the value of equity-based awards as of issuance, it is possible to estimate the number of units corresponding to the RSU, ESO-T, ESO-P, and TSR awards, such that the awards would be worth $1 million each as of the grant date. Based on the risk profiles and payoff structures of the award types, the awards can be ranked by their risk-reward profile. This analysis shows that the ESO-P award offers the highest value but is also subject to the most risk, and the RSU award offers the least value and the least risk.

Boards of directors and compensation committees would benefit from developing a better understanding of the risk-reward profiles underlying different types of equity-based awards. Armed with this information, they would be able to make better-informed decisions regarding which type of employee compensation is most appropriate for their organization, and how to structure the award to both motivate employees and more closely align the company’s and employees’ interests. 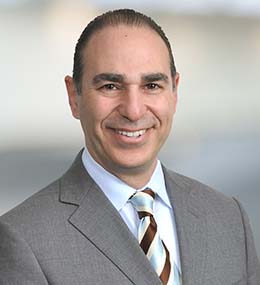 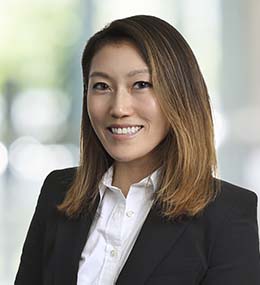