Carried Away: Valuation of Carried Interests for Transfer Purposes

Carried Away: Valuation of Carried Interests for Transfer Purposes

See more information on this topic at The Starting Five: A Winning Strategy with Carried Interests and Alternative Assets

Private equity and hedge funds represent alternative investment vehicles that continue to garner increased attention among institutional investors and high net worth individuals. These funds typically maintain investment objectives focused on providing investors with an increased level of diversification, given their relatively low correlation to more traditional investments such as cash, bonds, and stocks. Alternative investing also offers the potential opportunity for increased risk-adjusted returns, which are particularly attractive in the current market environment characterized by low interest rates, uncertain equity markets, and depressed real estate values. As a result, alternative investments have developed as a viable component within a well-diversified portfolio for accredited investors. The U.S. private equity market, in particular, continued to attract additional capital over the past decade and currently maintains over $1.0 trillion in assets under management, invested in approximately 6,000 U.S. companies.1

Historically characterized by reduced regulation, less transparency, and low liquidity, these funds have increasingly become the target of federal regulators and taxing authorities in recent periods amid their continued growth and corresponding manager compensation. At the same time, consistent with the overall market and economic environment, these funds realized a decline in fundraising activity and deal flow during the recent recession. Although alternative investing activity is beginning to again increase, the current challenges and market uncertainty may actually present an ideal opportunity for fund managers and principals to consider and implement certain estate planning initiatives. This article first provides a general overview of the typical fund structure and the current investing environment, and then presents various estate planning options and the related valuation implications.

Private equity and hedge funds are similar in that they each provide their managers and investment principals with significant discretion to pursue a wide range of investments across multiple asset classes and portfolio companies. As compensation for their investment expertise, and in order to align their interests with those of the investors, fund managers are typically compensated through receipt of a performance fee or carried interest based on a percentage of fund profits generated above the initial invested capital and often a stipulated hurdle rate of return. The most prevalent fee structure is commonly referred to as a “2 and 20,” whereby a management fee of 2% is charged on assets under management or total committed capital, and a 20% performance fee is assessed on fund profits.

After reaching a historical peak in 2007, private equity investing in the U.S. declined precipitously to a bottom in 2009 following the financial crisis and economic recession, as fundraising activity was hindered by reduced investor confidence and increased liquidity constraints. More recently, given the continued uncertainty in the debt markets and concerns over the European crisis, activity in the private equity markets has remained steady, and stagnated to some extent, in terms of fundraising, deal flow, and exit activity. Chart #2 indicates that there were 321 completed private equity deals totaling $55 billion in the first quarter of 2012, which was the lowest quarter by number of deals since the third quarter of 2009 and the lowest by dollar value since the fourth quarter of 2009. As shown in Chart #3, the number of funds holding final closes remained near the low levels experienced in recent quarters, with 26 funds closed in the first quarter of 2012, raising $20 billion in total capital, compared to 28 and 33 funds raising $18 billion and $19 billion in total capital in the third and fourth quarters of 2011, respectively. Additionally, although activity has been relatively stable, the outlook for future private equity exits indicates certain signs of strength due to the large company inventory in private equity portfolios and the amount of cash available to private equity firms.2 Notwithstanding the above, a sustained economic recovery is likely necessary in order for private equity funds to achieve results consistent with levels prior to the 2008 financial crisis.

Carried interests in private equity or hedge funds present a particularly useful opportunity to transfer assets from an estate in a tax-efficient manner. This is primarily due to the fact that carried interests generally maintain a relatively low current value given the risk inherent in such instruments. This risk reflects that the realization of carried interest proceeds is generally subject to multiple factors that are speculative in nature. At the same time, such proceeds are subordinated in that they are only realized after providing a return of capital and a preferred return to the investors. Moreover, the inherent risk is particularly prevalent in newly formed funds, for which there is no meaningful historical track record of performance. The resulting low present value of the carried interest provides for the significant potential for meaningful asset appreciation that may be realized after a transfer from the estate. In this manner, the donor or seller would avoid gift and estate taxes on such appreciation. At the same time, an added benefit of transferring a carried interest, rather than a direct capital interest in the fund, avoids the need to provide cash to the transferee to fund future potential capital calls.

The Discounted Cash Flow (“DCF”) Method 1) projects a carried interest’s expected future cash flows and 2) discounts them at a rate of return commensurate with the risk involved in realizing those cash flows. First, the projection of future cash flows is premised on the fact that carried interests represent a share in the residual claim on a fund’s distributions only after the return of invested capital and the payment of fees and accrued preferred returns to the limited partners. As such, the future cash flow potential of the carried interest is dependent on the fund earning a sufficient rate of return to cover fees and preferred returns. Given this unique structure involving the flow of funds, a number of factors and assumptions must be carefully considered in preparing future projections for the carried interest. Certain of the more salient considerations are outlined as follows.

The previously mentioned valuation methodologies incorporate a number of inputs that require a certain degree of uncertainty, particularly given that the valuation is often performed at the initiation of a fund before a historical record of investment performance has been established. In order to appropriately address such uncertainty, a Monte Carlo analysis should be considered to supplement the more traditional DCF Method and Black-Scholes Model, which are more deterministic in nature. In contrast, Monte Carlo methods are probabilistic in nature and involve statistical sampling techniques that simulate the various sources of uncertainty and calculate an average or expected value over a range of thousands of resultant outcomes.

The application of a Monte Carlo analysis involves first developing an income-based analytical model similar to the DCF Method and Black-Scholes Model that incorporates many of the same drivers of value, such as fund size, expected return, holding period, volatility, etc. The key assumptions revolve around the assumed distributions and distribution parameters for a particular fund.

A Monte Carlo simulation analysis can then be performed on the model by running multiple scenarios incorporating a range of values for the key value drivers. The Monte Carlo simulation ultimately returns an expected value based on the outcomes for the numerous scenarios and, in this regard, provides a significantly comprehensive and robust analysis. Thus, the valuation professional should have experience with statistical modeling in general and Monte Carlo analyses in particular.

The valuation of a hedge fund carried interest requires the following key components.

Private equity and hedge funds represent a significant source of private wealth for their principals and managers in the form of potential carried interest or incentive compensation. However, such incentive compensation will often not be received until an uncertain future date and is further dependent upon a number of factors. Thus, significant risk exists regarding whether such amounts will ever be fully realized, particularly at the time of the initiation of a fund before it is fully invested.

This risk reduces the overall value of the incentive compensation, a factor that is further exacerbated in the current market environment. In particular, funds are realizing more difficult fundraising efforts, extended holding periods, and lower IRRs, all of which reduce the value of potential incentive compensation. At the same time, there is additional risk in the form of increased regulation and scrutiny imposed by the recent Dodd-Frank legislation, as well as ongoing political pressures to increase the tax rates attributable to this form of income. As a result, the current market environment presents significant opportunities to structure estate plans around the carried interests and performance fees at attractive valuations. 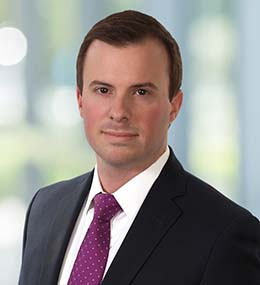