Social media is omnipresent in today’s society. Everywhere you look, Facebook, Twitter, Instagram, YouTube, and many other services offer the ability to share photos, links, videos, tweets, and posts. The proliferation and growth of these communication mediums have allowed everyone, from individuals to multinational companies, to use them as a way to spread their message.

Of particular interest in the business world is how to use these social media tools to gain market share and to attract and engage consumers. However, use of these communication tools is also creating a number of interesting intellectual property (IP) questions, such as: what type(s) of IP rights are generated, who owns those rights, who can share or use content developed from social media platforms, and what is the value of the resulting rights and content?

The traditional rights provided by trademarks, copyrights, and laws of privacy are being interpreted and applied to this new type of content at; the same time, many companies are trying to determine the return on their investments in social media. In this article, we will address some of the issues associated with ownership and valuation of social media data.

Many studies and reports detail the trend in increased social media spending. Mediapost reports that “…seven out of ten marketers expect their companies to increase spending on social media in 2014.” However, in that same survey, approximately 80% of marketing professionals reported measuring online social media and demonstrating return on investment as two of their biggest challenges.[1] According to a 2015 survey from Duke University’s Fuqua School of Business, digital marketing spend is expected to increase by 14.7% in the next year, while at the same time, traditional advertising spend is expected to decrease by 1.1%.[2] Salesforce surveyed 5,000 marketers at the end of 2014 on their 2015 budgets and found that 70% of them planned to increase social media advertising spending on platforms such as Facebook, Twitter, Instagram, and Snapchat. Additionally, 66% of those surveyed believe that social media is core to their business and 66% have a dedicated social media team.[3] Those statistics naturally lead to a predicted overall increase in social media spending: BI Intelligence found that U.S. social media spend will top $8.5 billion (2014) and reach nearly $14 billion by 2018.[4]

Businesses clearly seek more engagement with consumers — and social media seems to be an engine that can drive such engagement. Companies enjoy various benefits through this increased engagement, such as: 1) better tracking of consumer preferences, 2) increased consumer loyalty, 3) more effective introduction of new products and services, and 4) improved brand recognition and awareness. Throughout this social media engagement process, companies create content, collect data, and interact with consumers at unprecedented levels, creating assets of value that must be examined concerning ownership and protection issues.

What Assets Are Being Created, Who Owns those Assets, and What Is Protectable?

Follower base, customer/email lists, blogs, mobile apps, hashtags, slogans, and social media account names are examples of protectable assets that companies can create by investing in social media IP. Although companies create many assets through these investments, it is still somewhat unclear as to whether and how such assets can be protected. For example, companies often create hashtags in conjunction with advertising campaigns. These hashtags can be registered as trademarks with the U.S. Patent and Trademark Office if they are extensively and prominently used to promote the company’s products or brands.[9] An example is Coca-Cola who recently filed for trademarks for #smilewithacoke and #cokecanpics, which it has never done before.[10]
Other forms of IP protection may also be available for social media: copyrights for developed content; trade secrets for customer email/follower lists; or trademarks for other brand-related identifiers.

The question of content ownership also arises when a company’s social media sites are interactive — who owns the photos, videos, and comments that are added by users? Who owns the web sites, email lists, followers, hashtags, etc., when a band breaks up? Companies can decide the extent to which they claim rights to the content, and that may also affect the value of their social media IP. On one hand, claiming exclusive rights can help avoid future litigation, but on the other hand, content contributors might then be discouraged from posting. User-generated content isn’t the only area where ownership rights come into play. Numerous lawsuits have arisen regarding the ownership of company-related accounts used by employees.[11] Establishing clear policies about ownership of such accounts can mitigate the risk associated with the social media IP.

The ambiguity surrounding who owns the assets and which assets can be protected ultimately will have an impact on the value of the social media IP.

How Can One Quantify the Value of these Social Media Assets?

With billions of dollars invested in social media IP annually, the ability to accurately value the impact and results of those investments becomes increasingly important. Although there is no universally accepted method to value followers, likes, retweets, etc., it is certainly possible to value social media assets using traditional IP valuation methodologies. The three most commonly used methods for valuing intangible assets are the income, market, and cost approaches.

The market approach values assets based on comparable transactions between unrelated parties. It can be described as “the process by which a market value estimate is derived by analyzing similar intangible assets that have recently been sold or licensed, and then comparing those intangible assets to the subject intangible asset.”[13] The market approach in this case might use industry estimates of social media recognition value or any publicly available transactions or agreements that would be considered comparable. This approach may prove difficult, as these are newly defined assets with limited transaction history.

The cost approach values assets based on the amount of money required to replace the future service capability of that asset. This could be the cost of hiring social media agencies or consultants to acquire or recreate the social media presence.

The numerous variables involved in the valuation of social media IP assets make it difficult to definitively conclude that one of those methods is best. Generally, a valuation consultant will look for underlying information that might inform multiple approaches and apply those for which sufficient information exists. Following are examples describing how social media IP might be valued under each of the three approaches.

One can apply the income approach by identifying the incremental benefit of the social media presence and then project that benefit over a reasonable period of time. For instance, does underlying data indicate a higher average sales ticket for a follower as opposed to a non-follower? Can one quantify a higher instance of repeat business for fans versus non-fans? Is there a lower distribution cost to sell direct to consumers? SumAll, a data analytics tool, declared that “based on its research, one tweet generates an average of $25.62 in revenue as opposed to not tweeting at all.”[14] Furthermore, each retweet generates $20.37 in revenue.[15]

As for the market approach, numerous studies and metrics have been released by various service providers attempting to provide a market value for social media data, often with drastically disparate results. For example, Next Big Sound, a company that provides analytics and insights for the music industry, estimates
values of $0.33 per Facebook like, $0.30 per Twitter mention, $8 per retweet and $6 per Twitter follower.[16] However, ChompOn, a company that provides social media monetization services, found that Facebook popularity is much more important and placed the values at $8 per Facebook like, $14 per Facebook share, $5 per tweet, and $2 per follow.[17]

Looking specifically at consumer brands, a Syncapse study found that the value was as high as $174 per Facebook like.[18] Toyota has also placed a value on tweets related to their brand. In 2010, the popular car company ran a promotion offering a $500 debit card to anyone who purchased a new Toyota and tweeted about it.[19]

As for the cost approach, some social media agencies and consultants offer services to acquire email addresses or other requested data for a fee. However, questions remain as to the quality of such acquired data.

Each of the described value indicators is quite different, which leads to the question of how these values are calculated in the first place. Because the data providers do not disclose the methodologies by which the value determinations are made, it is difficult to corroborate the accuracy of each. The results are also difficult to compare, partly due to the plethora of variables that need to be considered. These variables include, but are not limited to, the number of followers or page likes, the amount of content (number of tweets, updates, links shared), the average number of times a link is clicked, the likelihood of a click leading to a sale, and the value of that sale. There are also variables affecting consumer data value. The costs of acquiring, retaining, maintaining and marketing consumer data must be measured against the earnings.

The Elephant in the Room – Risk and Volatility

Although the above described IP valuation approaches can be used to quantify the potential value of social media IP, a normal IP valuation also needs to take into account various risks associated with the asset: liquidation risk, enforcement risk, ownership issues, market acceptance risk, market volatility, etc. In the case of social media IP assets, the risk and volatility issues are particularly acute. As described above, questions still exist as to exactly which types of IP protection might apply to various social media components. Once those questions are answered, one needs to consider how enforcement activities may play out — would potential infringers be more likely to be individuals or businesses? How easy will it be to detect infringement? Furthermore, the question of ownership rights as discussed above may significantly limit the value of social media IP.

Finally, the volatility of consumer behavior in the social media sphere makes sales and other performance predictions even more difficult to consistently measure. The short attention spans of consumers create constant changes in retention as well as in metrics like spend per like per follower. Furthermore, it appears that it might be more likely in the social media world to experience rapid and unpredictable spikes or troughs in popularity — a particular posting might go viral and quickly capture the attention of an expanded base. On the other hand, bad behavior by an individual or an insensitive action by a company may also cause a social media firestorm. That volatility, in turn, affects value. In a normal IP valuation, discount rates are ordinarily quantified to account for those risk factors that can be identified. In the case of valuing social media data, such discount rates may need to be magnified to account for volatility and other unique risks.

The creation of a uniform and accurate methodology for measuring of value for social media IP may still take time to develop. Furthermore, until it’s possible to track the underlying data and metrics that lead to the creation of revenue, it will be difficult to develop consistent modeling techniques. Similar to the valuation of more traditional IP (patents, trademarks, copyrights, etc.), which still face protection and enforcement risk challenges, it is possible to utilize tried and true methodologies and approaches that determine monetary value associated with intangible assets.

In conclusion, it is very important to have a clear and established plan when creating a social media presence. Having clear goals regarding content ownership, protecting data and content that is created, and clearly defining the value drivers for your social media platform will make management and valuation of these important assets much easier. 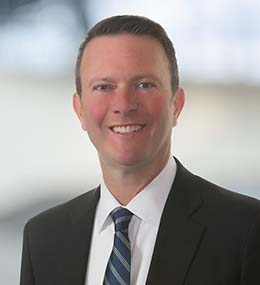