A growing eurozone economy. Strong business and consumer confidence across the 19 countries that use the euro currency. The lowest European unemployment rate in eight years. An abundance of cross-border merger and acquisition (M&A) activity.

These favorable trends all coincided with the opening of two new Stout offices in Switzerland last November. Located in Geneva and Lausanne, Stout’s first Europe-based offices strengthen the firm’s global reach and provide cross-border transaction coverage for Switzerland and the market regions of Western Europe, the Middle East, and Africa.

The Journal recently sat down with Stephane and Christophe to learn more about intra-Europe and cross-border M&A activity.

More transactions involving Swiss companies were posted in 2017 than in the past 10 years, with the exception of 2014. Private equity (PE) firms also participated in the highest number of deals yet during this same period. Based on your recent experience, how would you characterize the current Swiss economy as well as the surrounding economies in Western Europe?

The past couple of years have been interesting, to say the least. While 2016 was characterized by an uncertain macroeconomic environment with Brexit and U.S. elections, in 2017 we experienced solid growth worldwide and – more importantly for our business – in Western Europe. Interest rates remained low, and PE firms were very active in deploying capital.

Switzerland is a niche economy, offering high-value services and products that are mainly focused on the export markets. At the same time, the Swiss franc is known as a value reserve for a lot of investors around the globe, which sent the Swiss currency to artificially high levels against all the other world major currencies over the last couple of years. As a result, Swiss companies have made strict adjustments on their operations and raced for further efficiency in their production.

Only recently the Swiss franc has weakened by almost 10% against the euro. But this shall benefit the Swiss economy and its exporting sectors, such as industrials, machinery and equipment, and watches in the consumer sector.

Describe the current state of the M&A environment in Switzerland and throughout the eurozone.

In 2017, the number of M&A transactions in Europe grew by 16% thanks to a strong eurozone economy and great growth expectations. In Switzerland, the number of transactions increased by 5%. But that’s still below the levels we saw in 2013 and 2014, partly due to the fact that in January 2015 the Swiss National Bank decided to put an end to the floor rate of the Swiss franc, which translated into a significant strengthening of the franc.

Across Europe we see a strong demand for private middle market companies, mainly driven by the low-interest-rate environment, the significant quantity of cash available in PE funds and corporate balance sheets, and positive growth prospects.

What type of transaction activity have you specifically observed among middle market companies, and what are your expectations for 2018?

We’re seeing the rise of a new kind of investor: Large family offices and high net worth individuals are hiring teams dedicated to directly investing in middle market companies. They have the financial means to directly compete with traditional financial sponsors while being able to offer an appealing approach to target companies because they don’t have the same constraints. For example, they don’t have to meet a specific time horizon for their investments.

What type of cross-border activity are you experiencing, and which countries are the most active? What do you think is fueling this trend?

Historically, around two-thirds of M&A transactions in Switzerland are cross-border deals. Swiss SMEs [small and medium-sized enterprises] remain attractive targets for foreign investors. U.S. companies are the largest buyers, followed by Germany, the U.K., and France. The main driver for these buyers is the acquisition of Swiss technological know-how.

More generally, in Europe we see a growing number of buyers coming from North America.

Which industries, in particular, do you feel are exciting right now?

The current sought-after sectors in Switzerland are industrials, financial services, and TMT. In Europe, we also have demands for consumer goods businesses, automotive components, and healthcare services, to name a few.

Do you think the surge in PE activity is bound to continue? Are PE investors actively participating at all levels of the market, and are they focused more heavily on any particular industries?

Given the amounts of funds raised over the last two years, we don’t expect a slowdown in PE activity in the markets we cover. The investment size spectrum is covered at all levels, but we currently see a concentration of the amounts raised among only a few players. For instance, 75% of the total amount raised in France in 2016 was monopolized by only 10% of French PE players. It now becomes more difficult for the generalist funds to differentiate themselves from competition and attract foreign investors. However the sector specialist funds, such as those in healthcare, TMT, and food and beverage, are able to demonstrate superior returns and are becoming more and more popular

Your transaction experience spans beyond Europe to include the U.S., the Middle East, and Africa – a diverse range of geographies, cultures, and industries. What insights or challenges have you encountered as you’ve navigated this broad spectrum?

First of all, it is important to explain where this broad international experience comes from. Switzerland is one of the most important financial centers in the world, and Geneva, in particular, is the home and hub for the management of around 30% of global offshore wealth for private clients.

Having worked for large international private banks for more than a decade enabled us to build tight relationships with entrepreneurs and family-owned businesses in various countries, as well as their private wealth managers. We’ve been exposed to a large number of deals in Europe, Africa, and even in the Middle East. Our network is international by essence, and we’re able to access decision makers in various parts of the globe on a confidential basis.

The main challenges we’ve encountered, especially in emerging markets, are access to quality information and identifying the right local partners, such as M&A lawyers and accounting firms. Another very important element is the requirement for a high degree of confidentiality, a value we cherish and defend when working with family-run businesses.

For the Middle East and Africa, how would you describe the current economic as well as the level of M&A activity and investor interest? Which industries are predominant or active?

The recent recovery of oil prices is positive news for these economies, as most of them are heavily dependent on commodity prices. After two years of relatively low activity, there is now growing demand from foreign investors, especially from China, Korea, and Japan, who are willing to establish a presence in Africa. As of now, these are mostly strategic investments because debt financing is not yet common, which limits the ability to make leveraged buyouts. Also in Africa, the legal and tax environment is improving and becoming more friendly toward foreign investors. The natural resources sector used to be the main focus, but a number of industries are benefiting from Africa’s growing middle class, which has about 300 million people. Consumer goods, financial services, infrastructure, and construction are all attracting more and more foreign investors.

What advice do you have for key stakeholders – such as owners, operators, investors – who may be pursuing a cross-border transaction?

Identify the right advisor who will not only be able to support you technically in completing your transaction, but also – and most importantly – can provide you with the tools and insights to get a thorough grasp on the local environment and culture.

What is one of the most unique transactions you’ve worked on?

Two years ago, we completed a transaction in Western Africa where we advised a family-owned company active in the forestry sector to sell a minority stake to a global financial institution. On the technical side, we had a number of challenges. One was managing the opposite corporate cultures of a family business versus an institution. Another challenge was a very time-consuming and tedious due diligence process involving seven different audit teams to cover the company’s activities. This transaction was also very complex and involved several jurisdictions. We also had to ensure a high level of confidentiality throughout the process and pay a special attention to the emotional level involved in the transaction.

At the end, after more than 15 months of process, we were very proud to finally bring this transaction to the finish line, offering to the global financial institution a 49% stake in one of the best-run private forestry companies in Africa. 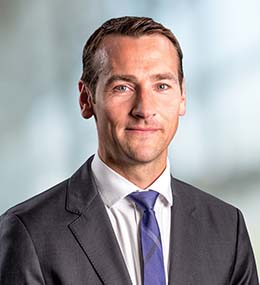