Like the ancient sea creatures, undivided interest discounts have a long history of survival, eluding numerous tax regulatory rulings over the years.

Jellyfish have roamed the seas for over 600 million years and managed to avoid extinction from pollution and predators that have come and gone. This resilience has made jellyfish some of the oldest animals alive.

The segue from jellyfish to undivided interest discounts is virtually seamless, as undivided interest discounts have survived a number of predatory attacks over the years. These include the attacks of family attribution under revenue ruling (“RR”) 81-253; the attack of the “partition only” discount under TAM 9336002; and more recently the attack of the proposed regulations under Section 2704.

To assess this track record of resilience, we explore the survival history of undivided interest discounts, starting in 1981 and concluding with the little-known notice, 2017-38, which was issued in July 2017. For practitioners, a misunderstanding of this history could result in a painful sting – like that of a jellyfish.

A History of Survival

The undivided interest discount has a long history of being attacked, starting in 1981 when the Internal Revenue Service (IRS) issued RR 81-253. This ruling looked to aggregate shares of stock between family members and thereby impute majority control and eliminate the minority discounts:“It is the position of the IRS that ordinarily no minority discount will be allowed with respect to transfers of share of stock among family members where, at the time of the transfer, control (either majority voting control or de facto control) of the corporation exists in the family. However, when there is evidence of family discord or other factors indicating that the family would not act as a unit in controlling, a minority discount may be allowed.”[1]

Even though RR 81-253 talks about transfers of stock in a corporation, the IRS applied the same principle to transfers of undivided interests in real property. RR 81-253, and its assumption of a specific transferee, namely a family member, seems to contradict Treasury Regulation 20.2031-1. This regulation defines “value” for estate tax purposes as “fair market value,” which is further defined as “the price at which the property would change hands between a willing buyer and a willing seller, neither being under any compulsion to buy or to sell and both having reasonable knowledge of relevant facts.”

Clearly the specific transferee family member is in direct conflict with the hypothetical purchaser. This debate rages to the present day.

Initially, the IRS experienced some success in arguing family attribution, as can be seen in Caldwell v. United States,[2] a district court case in Texas in which the court stated: "In the event the degree of relationship ... is so close that it is likely that the tract ... would be sold as a whole unit rather than by sale of separate undivided interests, then you may find a discount factor is not applicable. The degree of relationship refers not only to the family kinship but also their relationship with respect to disposal of the property. On the other hand if the ownership ... is not close ... then you may find that a discount factor is applicable."

The seemingly speculative job of the appraiser to analyze family dynamics was put to rest in the next seminal case. Propstra v. United States[3] pitted the argument of the taxpayer that some discount is reasonable (without presenting any specific data or evidence) against the IRS and its family attribution argument outlined under RR 81-253. After considering the language of Sections 2031 and 2033, the court stated: "We are unwilling to impute to Congress an intent to have unity of ownership principles apply to property valuations for estate tax purposes."

The court made it clear that the hypothetical willing buyer and willing seller standard would be the only objective valuation standard accepted.

The IRS, not easily discouraged, attempted a very similar line of attack almost 10 years later in Mooneyham v. Commissioner ("Mooneyham”)[4]. This time the court stated very firmly: “Respondent persists in attempting to have the court consider the identity of a related transferee of property in determining fair market value; a position that has repeatedly been rejected in favor of assuming a hypothetical unrelated buyer.”

After suffering its setbacks in Mooneyham, the IRS decided to abandon family attribution. The IRS revoked its position previously expressed in RR 81-253, and stated in RR 93-12[5]  that, in determining the value of a gift of a minority block of stock in a closely held corporation, the block should be valued for gift tax purposes without regard to the family relationship of the donee to other shareholders. Family attribution in the context of a corporation or co-ownership of real property seemed to be dead. The undivided interest discount had survived.

However, the IRS was still not willing to surrender on all aspects of valuation discounts for undivided interests in real estate. Following the adoption of RR 93-12, the IRS published TAM 9336002. In TAM 9336002, the IRS states: "The amount of any discount should be limited to the petitioner's share of the estimated cost of a partition of the property."

The first case that tested the IRS’ “cost to partition” argument as outlined in TAM 9336002 was Estate of Cervin,[6] in which the IRS argued for a 7% discount based on the various costs associated with a partition process. In general, the court seemed to agree with the IRS that a partition process was a viable option for some properties. However, the court also recognized that there was a vast difference between controlling an orderly sale of a property and lacking control over a forced partition action. In its final ruling, the court stated: “We are persuaded that the farm may be partitioned on the basis of value … we are not persuaded by respondent’s discount of [7%]. Such partition would involve substantial legal costs, appraisal fees, and delay.”

Another important case is Estate of Williams.[7] The IRS remained loyal to its strict adherence to the cost-to-partition approach, holding that the discount should be no greater than 5%. The results were not favorable for the IRS. Not only did the court decide on a 44% discount based on the testimony of the taxpayer’s expert, but the court expressly stated that strict adherence to the cost-to-partition method does not adequately consider the lack of control and lack of marketability encountered by the undivided interest holder.

Since 1999, most of the undivided interest cases have focused on multipronged approaches. Generally, the appraiser will focus on various fractional interest data, including data of real property limited partnerships that trade in the secondary market, real estate investment trusts that trade in the secondary market, or actual reported undivided interest transactions (which are more than challenging to come by). Usually those data approaches are complemented by a discounted cash flow approach that attempts to quantify the costs and time delay of a hypothetical partition. Varying fact patterns, judges, and appraisers have led to diverse outcomes over the past two decades. Regardless of the magnitude of the undivided interest discount decided upon, the discount lives on.

Just when it seemed safe to go back into the water, the IRS released the proposed regulations under Section 2704 on August 2, 2016. The proposed regulations would seem to significantly curtail or potentially eliminate all fractional interest discounts. Section 2704 was enacted in 1990 as part of Chapter 14 with the goal to limit abusive discount practices for certain family entities. Much of the focus of the proposed regulations is on the creation of a new category under Section 2704(b) of "disregarded restrictions." The "disregarded restrictions" rule has been interpreted to provide effectively that entity transfers will be valued as if the transferred interest had a deemed put right to sell the interest to the entity at any time on six months' notice.

Given that Section 2704, when enacted, referred only to corporations and partnerships, the IRS made sure to expand that language and define “covered entities” to also include limited liability companies, other entities, and business arrangements. Accordingly, if the undivided interest ownership is deemed a business arrangement, the proposed rules could apply to transfers of undivided interests.

What is the latest status of the proposed regulations? After a public hearing in December 2016, in Washington, DC, the IRS adjourned, stating that it will study and clarify the key issues that many practitioners have determined as being unconstitutional at worst or as being confusing and vague at best. Working through 10,000 comments from practitioners will certainly take some time, and that decision was made before Donald Trump became president, with a tax agenda generally opposed to that of the IRS. As of July 2017, the proposed regulations were named in the Department of the Treasury’s Notice 2017-38, a directive designed to reduce tax regulatory burdens in line with President Trump’s executive order. In a statement dated October 2, 2017, the Treasury said that in light of numerous concerns, the “Treasury and the IRS currently believe that these proposed regulations should be withdrawn in their entirety.” Once again, the undivided interest discount survived. (Read more on the Section 2704 decision here.)

Around for a Long Time

Knowing that the undivided interest discount has survived thus far – like the jellyfish – and looking at the current environment, one would have to conclude that the form of ownership and the appropriate discounts will be around for many years to come.

In this follow-up article, we dive deeper into the waters of undivided interests, exploring their key characteristics as well as best practices for practitioners with regard to methodology. 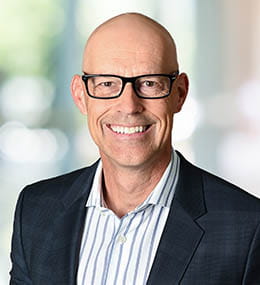