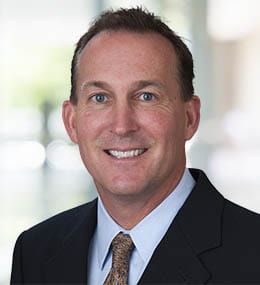 Todd G. Poling is a Managing Director in the Business Valuation practice of the Valuation Advisory group.

He has extensive experience providing valuation services to public and private-sector clients, both domestically and internationally. He has valuation and mergers and acquisition expertise across a very broad range of industries. Todd has managed large and complex valuation consulting engagements focusing heavily on the transaction arena. He has participated in numerous engagements involving venture-backed and development-stage companies, corporate restructuring, initial public offerings, mergers and acquisitions, ESOPs, and fairness opinions. In addition, he provided valuation consulting in litigation support situations and served as an expert witness in both deposition and trial settings.

Prior to joining Stout, Todd was the Founder and Chief Executive Officer of Vantage Point Advisors, Inc., which he led for seventeen years until the firm’s acquisition by Stout in 2022. Prior to founding Vantage Point Advisors, he was Managing Director of CBIZ Valuation Group, Inc., spending several years with the firm in the Dallas, San Diego, and Los Angeles offices. Todd had previously held a position as General Manager of a start-up manufacturer and positions with Arthur Andersen & Co., where he worked in the firm’s audit and business consulting practices.