Tiger King, Netflix’s latest hit documentary, amassed 34 million viewers within 10 days of its release in March. The show’s bizarre cast of characters and almost unbelievable plots and subplots brought it to the forefront of pop culture as people seemingly could not look away or stop talking about it. The central plot point was the long-running feud between Joseph Maldonado-Passage better known as “Joe Exotic,” and Carole Baskin. Baskin runs Big Cat Rescue Corporation (BCR Corp.), that houses and protects exotic cats. Exotic, a tiger breeder, ran a zoo of more than 200 large cats and other animals in Oklahoma. The animosity between the two began after Baskin published an opinion piece in a local Oklahoma newspaper asserting that Exotic was exploiting and mistreating the animals.

Exotic founded Big Cat Rescue Entertainment Group, LLC (BCR Entertainment) a travelling big cat and magic show experience. He used logos and images that were very similar to those created and owned by Baskin’s Florida animal park as a retaliatory act to spite his rival. Three separate lawsuits were filed by Carole Baskin and BCR Corp. against Joe Exotic and his company BCR Entertainment that lasted for nearly a decade.

The U.S. District Court for the Middle District of Florida agreed that BCR Entertainment’s logo constituted trademark infringement because it caused consumer confusion between the two companies. Accordingly, the judge awarded $653,000 for compensatory damages and $300,000 for attorney’s fees and costs[1] to Baskin’s BCR Corp. and issued an injunction to prevent further use of the infringing logo.

In October 2011, Baskin sued Exotic for copyright infringement, accusing him of using a BCR Corp. copyrighted photo. The photo in question shows three BCR Corp. employees holding up pictures of bloodied, dead rabbits. BCR Corp. submitted an application for copyright registration of the photograph less than one month before filing the action. The complaint for the suit includes an exhibit that shows that Joe Exotic included the image in a video titled “Carole Baskin Saga 39 killing innocent rabbits” and states that Exotic posted the image with the offensive caption “Tame Bunnies Killed & Bled by Order of Carole Baskin to Make Bloodsicles For Her Cats.”

The second copyright suit alleged copyright infringement over several photographs, originally taken by Baskin, that the defendants posted on a variety of media, including YouTube and Facebook. As with the other copyright action, the applications for copyright registration for the photographs by BCR Corp. occurred only weeks before the action was filed. This suit resulted in statutory judgement against Exotic for $25,000.[3]

Although trademarks and copyrights concern intangible property rights and overlap to some extent, they differ on how the damages are determined.

A trademark is a word, name, phrase, or logo that identifies a product or service and helps distinguish it from that offered by the competition. Trademark law protects brands and logos from being confused with other brands and logos. Exotic’s use of the BCR Corp.’s logo was trademark infringement because it caused consumer confusion between the two companies.

Copyright law applies to original works of creativity, such as books, works of art, and photographs, from being copied or used by others without authorization. Exotic’s use of the BCR Corp.’s photographs was copyright infringement because the uses violated BCR Corp.’s exclusive rights to display the photographs.

“Expenses saved and profits gained by defendant in connection with the infringement; revenues lost by plaintiff as a result of defendant’s conduct; and the infringers state of mind, that is, whether willful, knowing or merely innocent, the deterrent effect on the infringer and third parties; the infringers cooperation in providing evidence concerning the value of the infringing material; and the conduct and attitude of the parties.”[4]

The alternative type of damage award (actual damages) must be proven in court and can be difficult to establish as summarized below.

The Lanham Act is the federal statute that governs trademarks and does not provide for a specific amount of statutory damages. The act, instead, grants wide discretion of awards that may be enhanced or reduced based on a defendant’s conduct. Trademark owners are entitled to several types of monetary relief as compensation for infringement, including the following.

Also known as “lost profits,” they consist of the revenue the trademark owner would have earned but for the infringer’s actions, less the expenses that would have been incurred to earn those revenues. This typically requires proof of actual confusion that caused an economic loss, which can be presented through evidence of diverted sales or consumer survey evidence.

This remedy allows for disgorgement of the defendant’s profit depriving the infringer of improperly reaped benefits. Most courts require that the plaintiff prove willful or deliberate infringement before awarding disgorgement.

In “exceptional” cases the courts may award reasonable attorneys fees to the prevailing party. Though “exceptional” is defined as one that stands out from others with respect to the substantive strength of a party’s litigating position, prevailing defendants have been allowed to recover attorneys’ fees in instances in which a plaintiff’s conduct lacks merit, demonstrates elements of an abuse of process, or unnecessarily increases the costs of defending the lawsuit.

Exotic’s marketing of BCR Entertainment had the intent to drive Google searches for “Big Cat Rescue” to his entity rather than Baskin’s. A consumer viewing the BCR Entertainment marketing materials is likely to believe that it is the same as, associated with, or affiliated with Baskin’s BCR Corp. Thus, when the courts awarded $653,000 in compensatory damages, the category of damages available to Baskin would likely have been the disgorgement of Exotic’s profits.

On June 1, 2020, Baskin was awarded a zoo, consisting of 16 acres and several buildings and vehicles, formerly owned by Exotic after a federal judge found Exotic had fraudulently transferred them to his mother in order to avoid paying Baskin under the trademark judgment. 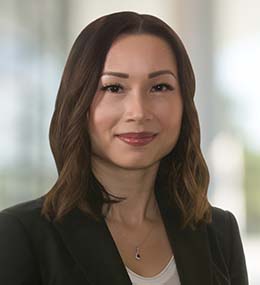