In re Appraisal of SWS Group, Inc. is a case that addresses several important valuation assumptions related to appraisal proceedings in Delaware. SWS Group (the “company” or the “respondent”) entered into a credit agreement with Hilltop Holdings (“Hilltop”) and Oak Hill Capital Partners (“Oak Hill”) (collectively, the “creditors”) in 2011. In 2015, Hilltop purchased SWS Group, but a series of funds disputed the sale price in an appraisal arbitrage play. The Delaware Chancery Court (the “court”) determined that the merger price was an unreliable indicator of fair value given the relationship between certain members of the board of directors of SWS Group (the “board”) and Hilltop. The court determined that fair value was actually less than the merger price through its own application of the discounted cash flow method (the “DCF method”), in which the most contested issues related to the company’s projections and the experts’ discount rate assumptions. In this case review, we examine the key factors behind the court’s decision and address how these factors should be considered by appraisal arbitrage investors.

SWS Group was incorporated in 1972 and was traded on the New York Stock Exchange. SWS Group had two business segments: traditional banking and brokerage services. Unlike traditional banks, SWS Group lacked regular deposits and operated as a broker-dealer with a bank attached.

After the Great Recession, SWS Group started to face difficulties and began trying to raise outside capital. SWS Group initially elected to pursue a public debt offering. However, this proved problematic, as the company had difficulty raising capital given the lack of investor demand based on SWS Group’s poor performance and outlook. In early 2011, after these capital-raising efforts failed, SWS Group returned to the private market and entered into a credit agreement with the creditors. The agreement was executed in July 2011, with Hilltop and Oak Hill making a $100 million senior unsecured loan to SWS Group. SWS Group issued Hilltop and Oak Hill warrants to purchase 8.7 million shares of SWS Group at $5.75 per share (the “credit agreement”). On the same day the credit agreement was finalized, SWS Group entered into an Investor Rights Agreement with the creditors whereby Hilltop and Oak Hill had the right to appoint a board member and a board observer to the SWS Group board.

Subsequent to the execution of the credit agreement, in August 2013, the board was becoming frustrated with the performance of the company, and directed SWS Group’s CEO to cut costs by 10% within 30 days. Despite these cost cuts, federal bank regulators remained skeptical that SWS Group could repay its loan to the creditors. This prompted the company to begin a formal sales process.

We examine the key sales process issues that led to the merger price not being utilized as fair value, the most significant contested issues related to the valuations performed by the competing experts, and the court’s decision related to the litigation between the company and the appraisal arbitrage funds as stockholders of SWS Group (the “petitioners”).

Prior to the launching of a formal sales process, there were rumors by analysts that SWS Group was an acquisition target and that Hilltop was the likely buyer. Hilltop had recently completed an acquisition that converted it into a bank holding company. Thus, an acquisition of SWS Group by Hilltop could have resulted in material synergies. SWS Group’s stock traded higher upon this speculation. Ultimately, these rumors turned out to be correct. Hilltop’s board observer at SWS Group, who was appointed as a result of the credit agreement, began drafting an analysis of the potential transaction using information that was available to him given his position on the board, which would not have been available to a typical investor. Hilltop made its first offer to acquire SWS Group for $7.00 per share on January 9, 2014. SWS Group’s publicly traded stock price at the time of this offer was $6.06.

As a result of the offer, SWS Group created a special committee of the board (the “special committee”) to consider the offer. The special committee retained a financial advisor that contacted 17 other potential merger partners for SWS Group in February 2014. Two of the 17 potential merger partners expressed interest. The first, Esposito, was a small broker-dealer located in Texas with only $10 million in capital. Esposito made an expression of interest for $8.00 per share on February 12, 2014. However, Esposito never made a formal offer, as it was unable to secure financing for the proposed transaction. The second potential merger partner was Stifel. Stifel initially expressed interest in acquiring SWS Group at $8.15 per share. SWS Group and Stifel began negotiations and entered into a nondisclosure agreement (NDA). Stifel signed the NDA on March 18, 2014. However, the special committee did not countersign the NDA immediately, resulting in Stifel’s eventual withdrawal from the NDA on March 21, 2014.

Unknown to Stifel, Hilltop and SWS Group had an initial handshake deal that was reached around March 20, 2014. Stifel, unaware of this, continued its negotiations with SWS Group at a price above Hilltop’s offer. This information was taken to the special committee on March 24, 2014. The special committee initially favored signing the NDA with Stifel and continuing to negotiate. However, when this was communicated to Hilltop’s observer on the board, he reacted adversely and demanded a deal be signed with Hilltop by March 31 or he would be withdrawing the offer and resigning from the board. In addition, the Hilltop observer on the board notified the special committee that he would not waive the merger covenant provision in the credit agreement, essentially blocking any potential sale of SWS Group.

Despite this threat, the special committee executed an NDA with Stifel, and Stifel made another proposal at $8.65 per share on March 27, 2014. The offer was nonbinding and subject to due diligence, which Stifel hoped to complete by March 31. However, Stifel was not able to complete its due diligence by March 31 and asked for an extension. No extension was granted. Ultimately, SWS Group accepted an offer from Hilltop for $7.75 per share on March 31, 2014.

Upon a review of the facts, the court opined that the merger price was not the most reliable indication of the fair value of SWS Group. The court noted that in numerous previous cases, the merger price had been determined by the court to be the best indication of fair value. However, in these decisions the merger price was the result of a clean and robust sales process that adequately exposed the subject company to the market. With respect to SWS Group, however, the sales process was not nearly as clean as it was in these past decisions. The court noted that the existence of the credit agreement under which Hilltop had partial veto power over competing offers proved to be problematic. Based thereon, the court decided to do its
own valuation and considered two valuation methodologies proposed by the valuation experts in order to determine the fair value of SWS Group: a comparable companies method and a DCF method.

There were two contentious issues with respect to the competing experts’ application of the DCF method for SWS Group: 1) the appropriate projections to be utilized, and 2) the appropriate inputs to be used in the Capital Asset Pricing Model (CAPM).

SWS Group had a long record of preparing three-year projections. Specifically, “From 2011 through 2014 SWS management prepared annual budgets.” The sector heads were often
asked to then create more aspirational budgets, and single-year projections were extrapolated into three-year strategic plans. However, management“ never met its budget between 2011 and 2014.”

Ultimately, the court relied on management’s unadjusted three-year projections as a starting point in its DCF method.

Both experts relied on CAPM to determine SWS Group’s cost of equity. However, the experts for the petitioners and the respondent disagreed on the correct assumption for the equity risk premium (ERP), beta, and size premium in their CAPM analyses.

The dispute over the proper ERP related to whether the historical ERP or supplyside ERP should be used in the CAPM analysis. The petitioners’ expert adopted the supply-side ERP of 6.21% in light of recent decisions made by the court and the conventional wisdom in the business valuation industry. The respondent’s expert adopted the historical ERP of 7.0%. Once again, the court ruled that the supply-side ERP was more appropriate. The court stated that “there is no basis in the factual record to deviate from what this court has recently recognized as essentially the default method in these actions.”

The experts employed relatively divergent theories when calculating the beta applicable to SWS Group. The petitioners’ expert used a beta of 1.10, which was derived based on the betas of comparable public companies. The respondent’s expert used a beta of 1.18, which was derived from two years of weekly stock return data for SWS Group directly, given that it is publicly traded. Despite the fact that SWS Group is a publicly traded company such that its beta can be calculated, the court opined that using SWS Group’s actual beta, at least over that particular time period, was inappropriate given that the “measurement period covered times where a ‘merger froth’ and corresponding volatility were likely reflected in SWS’ trading and price.”

While the experts agreed that a size premium was appropriate, and even agreed on the source of the data, the parties disputed the proper size category to be used. The expert for the respondent used the market capitalization at the time of Hilltop’s offer to choose the size category, while the expert for the petitioners used his own value conclusion to choose the size category. Given the divergent valuation opinions, the value determined by each expert makes the size premium analysis an iterative process, as the size of the company (based on value) changes based on the inputs used. Based on the facts and circumstances in this case – particularly the fact that SWS Group was publicly traded and therefore had an observable market capitalization – but acknowledging that the company had a “substantial amount of in-the-money warrants and significant influence by certain major creditors,” the court concluded on an average of the two indications of the size premia chosen by the experts.

Guidance for Experts and Arbitrageurs

As discussed throughout, the experts for the petitioners and the respondent differed on numerous assumptions when determining the value of SWS Group. A valuation expert would be wise to consider the court’s guidance in this case with respect to the comparability of public companies, developing projections, and the appropriate inputs to use in the CAPM formula.

Based on its own DCF method, the court ultimately determined that the fair value of SWS Group was $6.38 per share, compared with a merger price of $7.75 per share. The court pointed out, “The fact that my DCF analysis resulted in a value below the merger price is not surprising: the record suggests that this was a synergies-driven transaction whereby the acquirer shared value arising from the merger with SWS.”

The court’s determination of fair value below the merger price based on the existence of synergies may give appraisal arbitrageurs pause when considering investments in companies that are in a sales process. This is particularly relevant if the transaction is highly synergistic and the appraisal proceeding thereby has the real possibility of producing a fair value that is less than what could be obtained by simple acceptance of the transaction. 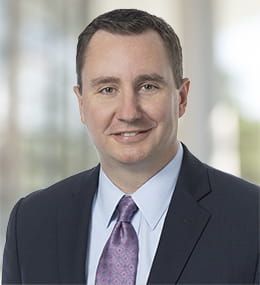 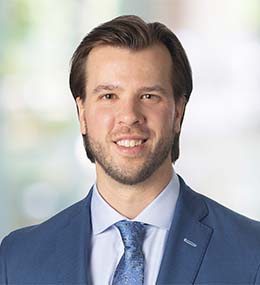 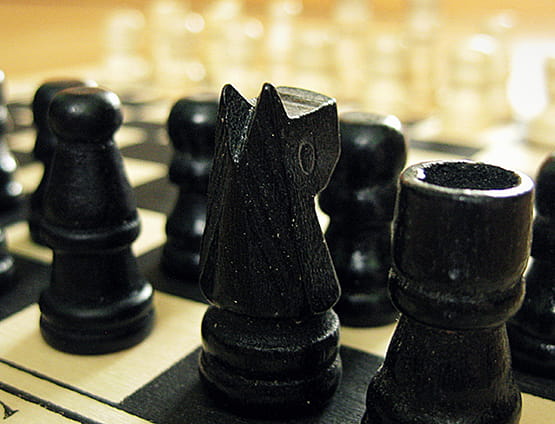