Step Right Up Trends in Partial and Step Acquisitions

Step Right Up Trends in Partial and Step Acquisitions

We look into the relevant accounting implications and domestic transaction trends involving partial and step acquisitions over the past 10 years.

Companies pursue merger and acquisition (M&A) transactions for many reasons. These range from seeking economies of scale or diversifying pre-existing business lines to gaining access to new customers or acquiring unique intellectual property. Despite the valid justification acquirers may have, there are numerous studies and articles that cite failure rates of M&A transactions to be well over 50%, which implies that most M&A transactions fail to deliver the anticipated value. Partial acquisitions are one avenue to mitigate the risk of failure in M&A transactions.

Prevalence of Partial and Step Acquisitions

The annual number of step acquisitions has fluctuated over the past 10 years and, in fact, has decreased at a faster rate than the overall decrease in M&A transactions recently. But during this time, the percentage of step acquisitions relative to total partial acquisitions in a given year has remained rather consistent, at around 45% to 50% (Figure 1).

Approximately 40% to 50% of step acquisition target entities were domiciled outside the United States, with an increasing trend toward nondomestic deals during the past decade (Figure 2). This trend supports one benefit of partial acquisitions, as step acquisitions allow an acquirer to gain familiarity with the operations and laws in a particular foreign jurisdiction prior to transitioning to a controlling or wholly owned investment. This can be particularly attractive to U.S.-based companies that have not focused on international markets historically but are looking for new growth opportunities while trying to limit risk by not having to fully commit prior to developing additional experience and expertise. However, there is certainly still risk associated with reliance on other shareholders in the target entity (particularly if the acquirer does not have control of the investment).

The accounting rules surrounding partial and step acquisitions differ based on the total ownership interest held by the acquirer, as shown in Figure 4.

Note: While the 20% and 50% thresholds are cited within Financial Accounting Standards Board Accounting Standards Codification, there is language within the guidance suggesting that these percentages are not necessarily fixed percentages, as the true determinant relates to the influence and control maintained by the acquirer. For example, ASC Topic 323-10-15 states that an investment (direct or indirect) of 20% or more of the voting stock of an investee shall lead to a presumption that in the absence of predominant evidence to the contrary, an investor has the ability to exercise significant influence over an investee, and evidence that an investor owning 20% or more of the voting stock of an investee may be unable to exercise significant influence over the investee’s operating and financial policies requires an evaluation of all the facts and circumstances relating to the investment.

For step acquisitions, one must determine if the subsequent investment triggers a change in accounting based on the initial ownership percentage combined with the new investment. At the point of consolidation, the reporting entity must recognize the following under U.S. generally accepted accounting principles (GAAP) at the acquisition date:

A Step Acquisition of a Business When Control Is Obtained for a U.S. GAAP Company

The journal entries recorded on the acquisition date for the 50% controlling interest acquired would be as follows ($ in millions), noting that tax consequences on the gain have been ignored for illustrative purposes: 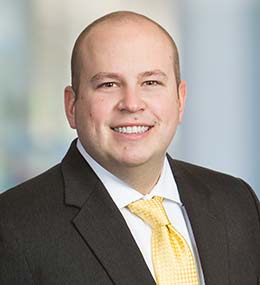