Strong plastics industry M&A activity continued in Q1 2017 with 110 transactions, a slight 3.5% decrease year over year (YOY) as compared to 2016 and consistent with the quarterly average over the past two years.

Robust activity is expected for the remainder of 2017, with solid credit markets, relatively low cost of capital, ample equity financing from strategic and financial buyers, positive macroeconomic trends, strong financial performance in many sectors, and valuation levels that continue to be at or near all-time highs.

M&A activity involving seven out of the 10 plastic processes tracked by Stout were flat or up during the first three months of 2017, including several niche segments such as blow and rotational molding, tool & die, and machinery.  Within the three largest segments, injection molding was up 8%, while resin/compounding and extrusion were down 37% and 24%, respectively.

Strategic buyers led the charge during Q1 2017 with an 8% increase YOY, and approximately 1/3 of those buyers were public or large private companies.  Financial buyers continue to deploy capital with a 5% increase YOY, while hybrid buyer (private equity-owned strategics) activity declined 39%.  On the sell side, private equity sellers saw the biggest jump during the first three months of 2017 with a 21% increase YOY, while the number of companies sold by private business owners increased 4%.  Corporate carveouts declined 31%.

Overall stock market performance continued to be at or near all-time highs during Q1 2017 with all major market indices up for the quarter.  For the first three months of 2017, the Dow was up 3.9%, while the S&P 500 and Nasdaq were up 4.6% and 8.9%, respectively.  Within the plastics industry, all public company segments continue to maintain relatively high valuation levels, with seven out of eight plastics industry sectors that Stout tracks ending flat or up for the quarter.

Key macroeconomic indicators, including GDP, consumer confidence, unemployment and other metrics remained strong during the quarter.  Capital markets continue to be favorable for M&A activity.  Cost of capital remains relatively low and there is ample financing available for transactions.  Crude oil and natural gas prices were lower during Q1 2017, although resin pricing in general was relatively flat for the quarter. 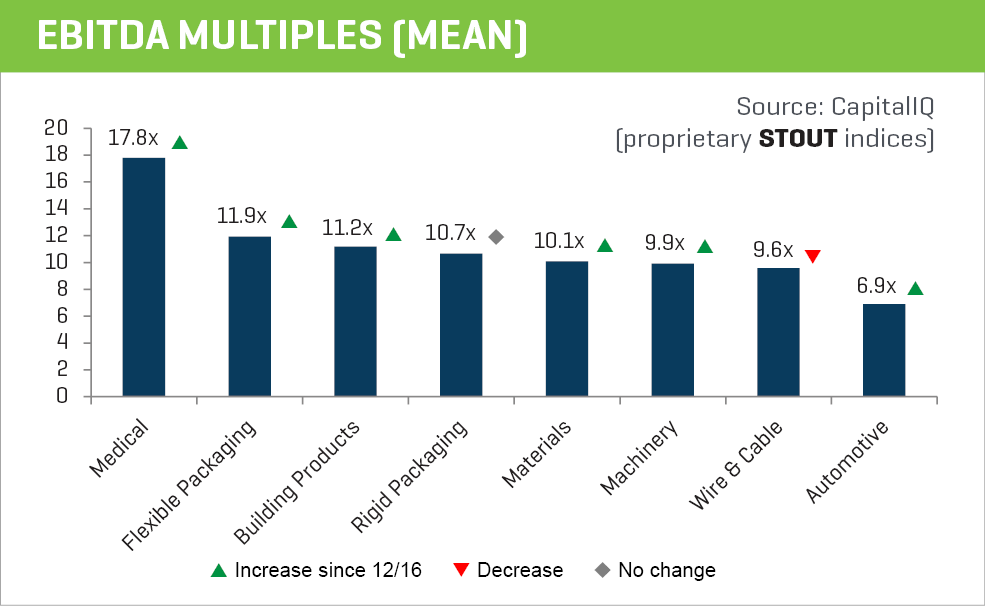 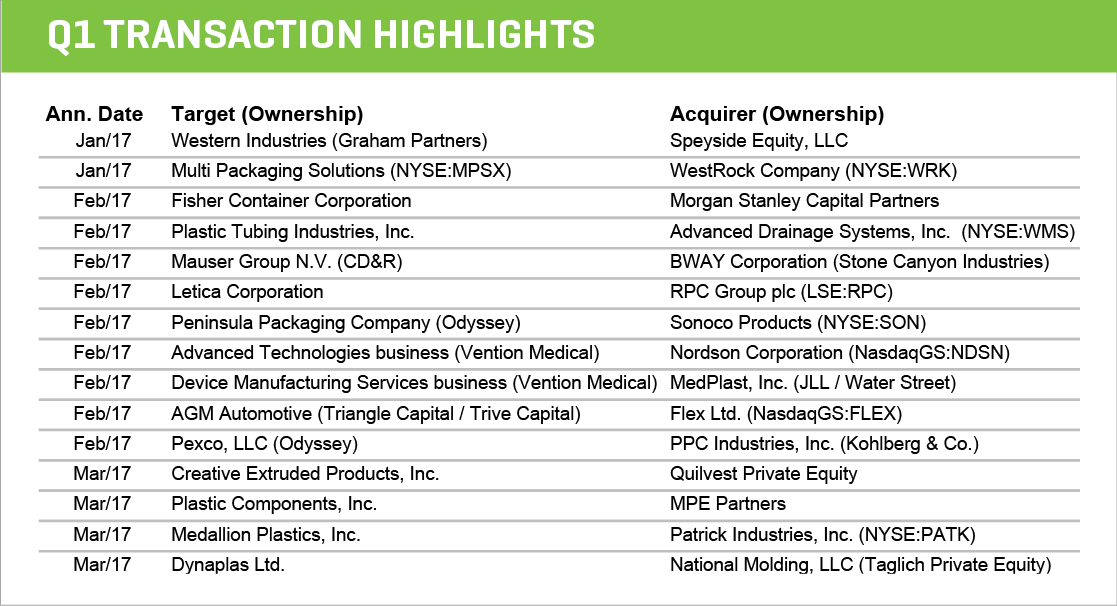