Exploring how international companies and inverted companies are impacted by the Tax Cuts and Jobs Act.

Since its signing on December 22, tax and accounting professionals have been busy navigating the numerous impacts of the Tax Cuts and Jobs Act (the “Act”). Certain sections have been particularly relevant to companies with operations outside the U.S. as well as “inverted” companies – those previously headquartered in the U.S. but now based in other countries, which, before the Act, were more appealing from a tax perspective.

Prior to the Act, corporations were subject to U.S. taxation based on worldwide income, but they were able to defer tax on much of the income of controlled foreign corporations (CFCs) until earnings were repatriated. The prior structure naturally led to publicized cash hoarding outside the U.S., such as more than $250 billion in cash that Apple had until recently parked in an Irish entity due to Ireland’s low tax rate.

The Act clearly discourages such shifting of profits to CFCs by introducing an anti-profit-shifting principle with a new tax on “global intangible low-taxed income,” or “GILTI.” The new tax indirectly captures the benefit of international intellectual property (IP) and intangible assets by taxing the excess return of 10% of the tax basis of the CFC’s depreciable, tangible property used in the production of the CFC’s income. The concept behind GILTI is that anything above a 10% return on a CFC's tangible assets is related to international IP.

For some CFCs, 10% times the tax basis of tangible assets may exceed the income of that CFC, resulting in zero GILTI tax for that CFC. For others, 10% times the tax basis of the CFC’s tangible assets might be a small number relative to the income of that CFC, resulting in a large tax for the CFC. These CFCs may have earnings heavily reliant on IP, and for them the new GILTI tax has accomplished its goal. However, CFCs with fully depreciated or otherwise understated tax bases of their tangible assets, would face a high GILTI tax. Depending on the CFC’s tax credits, the tax rate in each country, and other entity-specific factors, a key uncertainty is whether such entities might be motivated to effect intercompany asset sales. These sales would result in a “basis bump” for the tangible assets with the hope that 10% times a higher tangible asset base will reduce or even eliminate any excess income in these entities.

Interestingly, inverted companies with noncalendar fiscal year-ends may have an opportunity to engage in gap-period planning prior to the start of the effective period. Because the tax on the CFC is determined at the end of the last taxable year beginning before January 1, 2018, an entity with a fiscal year other than the calendar year can transfer CFCs “out from under” the U.S. subsidiary before its next year-end and would not have the GILTI tax when the law becomes effective – on the first day of the entity’s next fiscal year. For December 31 filers there is no gap between December 31, 2017, and January 1, 2018, and thus no gap period; changing a fiscal year-end to create this timing gap is not allowed.

Many professionals had hoped the Act would be signed after 2017, in order to give time to interpret and understand its implications. But similar to the speed at which the Act went from its introductory phase to becoming law, domestic and international companies are quickly trying to determine its far-reaching and long-term impacts. 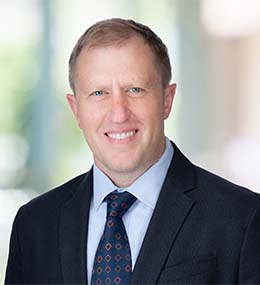