John Bone, Managing Director in the Dispute Consulting group, recently provided expert testimony in a high-profile matter, Samson Lift Technologies LLC, v. Jerr-Dan Corp. and Oshkosh Corp. The case focused on potential damages related to lost royalties resulting from the breach of a license agreement involving an automotive product. At issue was whether the defendants used reasonable commercial efforts to manufacture, advertise, sell, and ship the licensed product, a side-loading vehicle retriever (a new design of a tow truck specifically intended to pick up a vehicle from the side rather than the front or rear like a conventional tow truck). The plaintiff argued for damages based on lost royalties it would have received for each vehicle sale, had the defendants used reasonable commercial efforts to develop and commercialize the licensed product.

One of the central issues relating to damages was the extent of demand for such a specialized vehicle. The plaintiff’s expert testified that the market for the vehicle was substantial and, as a result, opined that damages could range from $12 million to $21 million. On behalf of the defendants, John testified that based on his analysis, the demand for the vehicle was limited and that even if the defendants failed to exercise commercially reasonable efforts to market the product, damages would only be $520,000 but in no event more than $826,000. After a day and a half of deliberation, the jury found that the defendants failed to exercise commercially reasonable efforts to commercialize the product, but awarded damages of only $516,020, in line with John’s expert opinion.

Stout was retained by Godfrey & Kahn S.C., counsel for the defendants. Justice Shirley Werner Kornreich of the Supreme Court of New York County presided over the three-week trial. 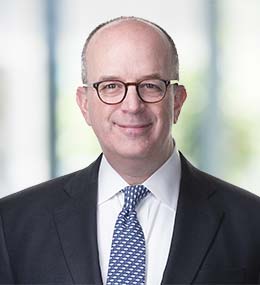 Breach of a distributor agreement for the supply of orthopedic devices