Gridlock continued in Washington in 2017 for nearly the entire year. On inauguration day, the new administration put a freeze on new government regulations, which included the proposed regulations (“proposed regs”) under Internal Revenue Code Section 2704. Nine months later, the Treasury proposed to withdraw the proposed regs as too burdensome on taxpayers. The formal freeze on regulations seemed to carry over informally to few valuation cases emerging from the courts.

Also contributing to the uncertain environment in the trusts and estates community was the slow movement on tax reform and potential estate tax repeal. The administration’s outline for tax reform[1] wasn’t made public until late September and Congress didn’t release its initial version of legislation until early November. The wait ended in late December when tax reform legislation[2] was signed into law and the repeal of the estate tax was avoided.

The proposed regs were crafted to eliminate or minimize valuation discounts in transfers of family businesses to other family members. The linchpin for the regulations was family attribution when family members had control. Much of the focus was on specific mechanisms to accomplish the objective of the proposed regs, such as a 50% ownership threshold among the family group, a three-year look-back rule on transfers and a put right for a cash payout at pro rata value. A withdrawal of the proposed regs does away with these rules for Section 2704. However, the concept of family attribution may not die so readily.

Family attribution as addressed in the proposed regs is a workaround of the fair market value premise of hypothetical willing buyer and seller. Before the proposed regs were released, the issue of family attribution was front and center in a federal estate tax deficiency case with approximately $1.2 million at stake. In Estate of Pulling,[4] the estate had ownership interests in five contiguous parcels of land. The decedent owned three small parcels outright, and a land trust, of which the decedent held a 28% interest, owned two parcels. The sum value of the individual parcels was substantially less than the value of the five parcels when combined. The three parcels the estate owned were small and burdened by limited public right-of-way access. It wasn’t disputed that the value of the five parcels could be enhanced by consolidating into a single property for residential development.

The attribution issue related to the land trust, which held the critical two parcels. The decedent owned a noncontrolling 28% interest in the land trust, but other members of his family held sufficient ownership interests to provide control. The IRS argued that the economic benefits of assembling the parcels and the ties between the owners of the land trust made it reasonably likely that such assemblage would occur and avail the estate of the higher value. The court found that, without specific evidence that family members would agree to combine the properties, “the mere fact that they are related to decedent is not enough.” Thus, the court concluded that the five parcels should be treated and valued as individual parcels, rather than as an assembled whole.

A withdrawal of the proposed regs isn’t a deterrent to the IRS arguing that clear economic benefits flow to a decedent’s interest and all parties if they agree to act as one in a family limited partnership (FLP) or limited liability company setting. This is a variation on automatic family attribution of interests called for in the proposed regs by inserting economic benefit as the focus to attack discounts applicable to standalone noncontrolling interests. The withdrawal of the proposed regs increases the degree of difficulty for the IRS in pursuing family attribution, but the issue lives on.

Cross Your Ts and Those of Others

Charitable contribution deductions continued to attract the attention of the IRS. Two easement cases were decided during 2017 with unfortunate results for the taxpayers. In both cases, the compliance failures under IRC Section 170 were those of the recipient or third parties rather than the taxpayer or the supporting appraisal.

In RP Golf, LLC[5] a conservation easement was the subject of the charitable contribution. RP Golf, LLC (RP Golf) was the sole member of National Golf Club of Kansas City LLC (National Golf), which held two golf courses it purchased and developed. In the purchase and development of the golf properties, RP Golf and National Golf entered into various loan agreements. These agreements contained language that prohibited any oral modifications.

On April 14, 2004, bank officers executed consents subordinating the interests of the two banks, approximately 100 days after the PLT agreement, and recorded the consents in the Platte County Recorder’s Office on April 15, 2004. Each consent states that the subordination was made effective as of December 31, 2003, even though National Golf executed the PLT agreement on December 29, 2003, and recorded it on December 30, 2003.

In Ten Twenty Six Investors,[6] the taxpayers donated a façade easement of a warehouse to the National Architectural Trust, Inc. (NAT), a qualified Section 501(c)(3) under Section 170. Late in 2004, investors in the warehouse donated a façade easement and claimed an $11.355 million charitable deduction, which amount was determined by appraisal. All appeared well, until the IRS denied the deduction because NAT hadn’t recorded the deed in 2004. A representative of NAT accepted and signed the deed on December 30, 2004. However, NAT didn’t record the deed until 2006. Because the deed wasn’t recorded until 2006, the IRS argued that the taxpayer couldn’t have taken a valid deduction for a charitable gift in 2004, determined a 40% gross valuation misstatement penalty under IRC Section 6662(a), and filed for summary judgment.

In its decision, the court turned to New York law (NYECL Section 49-0305(4)), which stated, “An instrument for the purpose of creating, conveying, modifying or terminating a conservation easement shall not be effective unless recorded.” As a result, in 2004, the perpetuity requirements of Sections 170(h)(2)(C) and (5)(A) couldn’t have been satisfied because the façade conservation easement transfer wasn’t “effective” until it was recorded. The result was that no charitable deduction was permitted.

In easement cases, the appraisal is typically the primary focus of the IRS, and the issue is the amount of the deduction. Both of these 2017 cases were technical process matters in which compliance with the letter of the law was the linchpin. The result for the taxpayer in each case was the denial of any deduction rather than a reduced deduction. These cases provide a taxpayer with justification to micromanage when an easement charitable deduction is at stake.

Typically, a bad facts IRC Section 2036 case isn’t particularly significant beyond the specific matter, but Estate of Powell[7] is an exception. It was a full Tax Court case, and it expanded the reach of Section 2036 to a decedent that only held a limited partnership interest.

In this case a son, using a power of attorney for his mother, contributed approximately $10 million of cash and marketable securities on her behalf to an FLP in return for a 99% limited partner (LP) interest. Her two sons contributed promissory notes to the FLP for the 1% general partner (GP) interest. On the same day that the FLP was formed, the son transferred all of his mother’s LP interest to a charitable lead annuity trust with the remainder to the two sons. The mother died seven days after formation of the FLP.

The outcome of Powell resulting in the estate inclusion of the amount transferred on the mother’s behalf to the FLP wasn’t surprising in light of the deathbed aspects of the transfers and the apparent absence of nontax purposes. The application of Section 2036(a)(2)[8] is the noteworthy issue from the case. Finding that a decedent, in conjunction with other partners, could dissolve the partnership and control distributions, which led to gross estate inclusion, had previously only applied in the Strangi[9] and Turner[10] cases, in which a decedent’s interest also included some GP interest. In Powell, the decedent only had an LP interest and never owned a GP interest. The court’s decision regarding the application of Section 2036(a)(2) didn’t appear to be premised on the large LP percentage owned by the decedent or that there were only two other partners to act “in conjunction with.” Any LP interest, regardless of how small, can conceivably act “in conjunction with” the other partners to dissolve the partnership if Section 2036(a)(2) is broadly extended in the most unfavorable way for taxpayers.

In this situation, there were only seven days between formation of the FLP and the decedent’s death, and the parties agreed to disregard any change in the value of assets between the dates. The court observes in Footnote 7 of the opinion that the difference between the value in the estate by Section 2036 inclusion as compared with the two-pronged Section 2033 and Section 2043 approach proffered by the majority won’t avoid double inclusion if there’s appreciation in the assets between transfer and date of death.

The most sweeping rewrite of tax laws since the Tax Reform Act of 1986 left gift and estate tax provisions largely untouched, but not unaffected. Importantly for estate planning, the federal estate tax wasn’t repealed, and transfer tax provisions were left as is. Instead, the new law doubled the exemption amount for estate, gift, and generation-skipping taxes to an estimated $11.18 million in 2018, with inflation-adjustments through 2025. After 2025, the increased exemption amount sunsets and reverts back to an indexed $5 million level. And as scheduled, the 2018 annual exclusion amount for gifts increases to $15,000 per person.

Further evidence of transfer tax provisions falling off the grid is that in the current IRS priority guidance plan,[13] there were only three items listed under Gifts and Estates and Trust. The priority guidance plan issued the prior year listed 12 items. Of interest in the current plan is a focus on Graegin loan issues with a priority of “Guidance under [Section] 2053 regarding personal guarantees and the application of present value concepts in determining the deductible amount of expenses and claims against the estate.”

This is an updated version of an article titled, “The Winter of Our Discontent,” which originally appeared in the January 2018 issue of Trusts & Estates magazine. 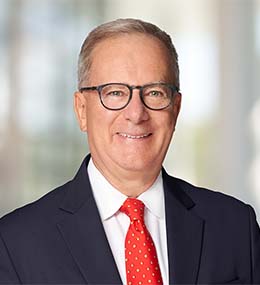