Watch the On-Demand Webinar: Navigating the Energy Market During COVID-19

"This section focuses on valuation issues currently impacting energy companies. We work with a number of companies in this space, both large publicly traded companies, all the way to Fortune 500, as well as private equity and private businesses and pretty much all of those companies are facing some of these same valuation issues that will cover right now. One of the important items, as you all may be dealing with, given its fourth quarter or the end of the calendar year is goodwill impairment, especially this year. A common that I've seen with a number of our clients is a lot of them had taken goodwill impairment already in the last downturn around 2014 to 2016 and so a lot of oil and gas companies don't have a big amount of goodwill on their balance sheets. However, if there is goodwill, typically, the fourth quarter is the time period when there's a testing date and if there is goodwill, a number of our clients, both public and private, are open to determine if a full amount of impairment is done so that they can completely write it off instead of leaving some amounts on their balance sheet and then testing it again next year or in the future years. The other part which some private companies followed in the past was a step zero qualitative analysis and what we're seeing with the clients and their auditors is that it no longer is as prevalent as it used to be. Given the uncertainty in the outlook for oil and gas companies, their auditors, as well as the management and board are performing more of a quantitative analysis. Another item that was touched on by my colleagues is identifiable intangible assets impairment. Clearly, this is not that relevant for E&P companies but becomes more relevant for midstream and oil field service companies, to some extent downstream companies, depending on what segment you operate in.

"Historically, a lot of our clients, both public and private, have been hesitant in taking an impairment on identifiable, intangible assets. If you're a midstream company, you really believe in those contracts or if you're an oil field services company, you have technology and patents that clearly act as a differentiator. One thing that we've seen of late is companies are more open to impairing these assets as well, both public and private. The reason being, there's just not enough cash flow to support value in excess, of returns on tangible assets and working capital. Some of you may have seen earlier this year, there have been some big companies like Baker Hughes and others that have pretty much across the board, they can almost a 90% impairment across several segments or divisions, and pretty much are writing the technology as it's down to the minimal values.

"The other item that was touched on from my colleagues was long-lived tangible assets and as Steve mentioned, it typically is done under an ASC 60 which is an undiscounted cash flow test. Historically, I would say until this year or maybe the end of last year, most of our clients would say, “Look, you know, it's an undiscounted test. We can forecast cash flows, we don't have to present value it at a high discount rate, and so are some of cash flows is greater than their carrying value, and we won't impair our tangible assets. Those are our key assets.”

"What we've noticed this year and in the fourth quarter and continue to see now, a lot of our clients are saying, “Hey, our auditors are not comfortable with an undiscounted test, so let's skip step one altogether, even though the fast we allows you to do that. Let's do a thorough, fair value analysis of these tangible assets.” So, we have colleagues who are valuing manufacturing facilities, processing facilities, pipeline assets, especially those pipeline assets that are idle, or processing assets are idle. They're saying, “Hey, let's look at it for economic obsolescence and let's impair those assets” which is clearly a big difference from what we used to see. Historically, most of the focus used to be on intangible assets and goodwill, and the tangible assets clients were less hesitant to impair or write down. Another interesting experience we've had over the last 12 months has been inventory impairment. Historically, if you're an oilfield service business, a drill, pipe, pumps, wells, you name it, they would be ready hesitant to write down working capital that was a key source of lending for them. If banks would be like “We lend against working capital receivables inventory we won't lend against intangible assets we may lend some against tangible assets like plant and machinery,” and what we've seen is a number of oilfield service businesses have had to take significant inventory impairments, in some cases over 50 to 75% off their inventory carrying values have been reduced, depending on what kind of inventory it is. A real quick touching on transactions, as Todd mentioned, clearly oil and gas has had a pretty significant slowdown in M&A activity, there is still M&A activity happening, a lot of it is under distress, so a number of transactions that we're seeing are more for survival.

"We have private equity funds merging two of their portfolio companies, reducing overhead from a management perspective, trying to extend the debt majorities, increase their balance sheet strength. We have also seen opportunistic transactions, as Scott had mentioned, if there are buyers are looking at corporate carve-outs of big companies saying, “Hey, this is non-core for us. We don't really care about the valuation; we just want it off our balance sheet.” And then there are private equity firms or private businesses that are not dealing with some of the quarterly earnings pressures and are really being very opportunistic. And as a result of these transactions, one team that has been very prevalent is bargain purchase. Historically it would be very difficult to say an arm's length transaction is at a bargain purchase but, in the oil and gas industry, that's becoming more prevalent. As a valuation advisor, we need to do a lot more work, to support and defend the amount of bargain purchase but we see the auditors and the SEC being more open to recording such amounts.

"Touching on restructurings and a couple of other items before we get into Q&A as we mentioned in this presentation there being a number of Chapter 11 or out of court restructurings, we've been very active with those related to fresh start valuations and what we've seen in those processes as we record opening balance sheets or work on valuations during the restructuring processes, the equity holders are pretty much wiped out. Even the junior debt holders that have a subordinated debt or a mezzanine debt are pretty much wiped out, and the senior lenders are left with owning the business going forward. On the E&P side, what we really observed in the markets is most of the value is really to the PDP or proved developed producing reserves. Now, if you look at PUDs (proved undeveloped reserves) which there was a lot of value, especially in Texas, like in the Permian Basin in the Delaware Basin and the Eagle for Basin. During our valuation analysis during the discussions with different creditors and stakeholders, most of them are ascribing very low value to PUDs and really no value to disprove. So, a number of the shale players who are working through these restructurings are pretty much left with coming up with a value on the PDP assets and having to significantly not record any value on PUDs or unproved assets. Other things that may be relevant for the FEI Houston audience and FEI chapters throughout.

"Given the audience, a number of you guys, are finance and accounting executives is related to management incentive plans. So, we've had a lot of discussions with company executives, CEO, CFO, chief accounting officer, general counsel, because a number of their management incentive grants are out of the money currently, given the depressed valuations. So, companies still need these key people to run the business to incentivize them. A lot of them are working through the new incentive plans at the beginning of this year, and they're setting different metrics. They're setting metrics based on the absolute return for your business, but then there are also doing relative performance. If you're a public company, they're looking at public peer groups and one thing that's very interesting to observe is some of our clients, whether it's public or private equity back, are also setting thresholds based on a broader index like an S&P 500 or a Russell 2000. And clearly, you would imagine that would entail significant discussion between the executive team and the equity holders because as I had pointed out earlier on the S&P 500 index has performed relatively well since the downturn, the big dip in March. While energy and oil and gas has recovered, it's not being to the same extent S&P 500. So, to measure an oil and gas company relative to an S&P 500 index really puts these incentive grants at a disadvantage. There's been a lot of discussion and valuation analysis on what does all this mean?

"My final slide is just a summary, and a couple of items just to highlight is when we do valuations, we really don't focus as much on LTM or the latest 12-month multiples, we're looking at more forward-looking multiple. So, what is the result for 2021? What is a market multiple for 2021? We do look at what happened historically from a specific business perspective, but when we talk to buyers and sellers when we're doing our own independent analysis, the focus is not being on the trailing multiples but more on forward-looking multiples. The other question we often get from our clients is, "Interest rates are at all-time lows, shouldn't our cost of capital be really low that we use for impairment analysis or other strategic discussions?" and the general response we give is we do incorporate those low interest rates. However, the volatility for oil and gas companies, as well as the risk factors have enhanced over the last 12 to 15 months. And so, once you account for those kinds of factors, your cost of capital has actually not decreased purely based on interest rates. Clearly, with impairment season with a lot of strategic decisions, a lot of clients are struggling with how to marry a low treasury yield with our higher cost of capital." 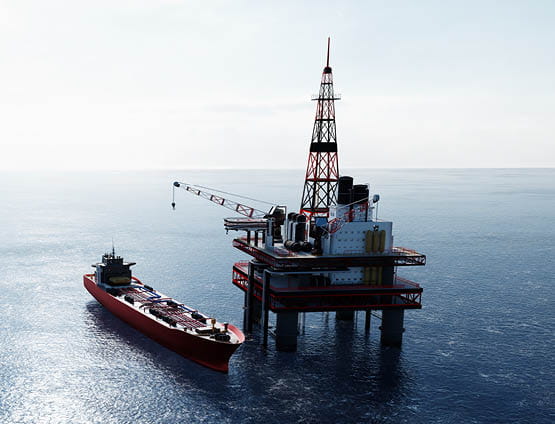