Paris is Always a Good Idea

We’re just back from the Paris Air Show featuring oppressive temperatures and bright sunshine. We tried to avoid the heat by huddling with clients in air conditioned exhibition halls and chalets for much of each day, though we braved the elements to check out the static exhibits and (impressive) flight displays. 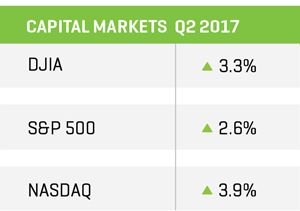 KEY IMPRESSIONS FROM THE SHOW

There were more orders announced than many predicted. We’ve written in the past about how closely we follow order flow, given the historic correlation between orders and valuation. Clients we spoke to, however, worried about the quality of the orders.

Boeing bested Airbus on the net new orders front (463 vs. 326), led by a reasonable (though not strong) showing for the 737 MAX 10, which was launched at the show. Their New Market Aircraft (NMA) began to take real shape at the show, and while it wasn’t officially announced, it was present on some Boeing presentation slides. This twin-aisle aircraft will likely feature a composite fuselage and “single-aisle economics.” Many clients we spoke to speculated it will be officially announced by Boeing at Farnborough next year. So, how will Airbus respond? (A322?)

Large aircraft had a relatively weak show – and we heard much talk of continued overcapacity in the widebody space.

Commercial aerospace suppliers we met with seemed focused on two issues. First, where are we in the commercial aerospace cycle. “I feel like we’re approaching a cliff,” one attendee said, “but I just don’t know how far from the edge we are.” Second, Boeing’s increasing interest in the aftermarket, and the potential threat it poses to lower-tier suppliers and their aftermarket business.

Defense suppliers were, dare we say, giddy, and rightly so for several reasons. Significant US Department of Defense spending is coming, and the Navy and Air Force will likely benefit in particular. There also is a strong focus on technology in the industry—everyone wants to buy defense electronics businesses right now. Valuations are trending up and there is considerable optimism surrounding foreign military spend.

The F-35 flight display was incredibly impressive, and undoubtedly did not go unnoticed by critics (and potential buyers).

New technologies–3D printing, in particular–were prominent. We had many conversations about where these technologies will be deployed, as well as where they won’t be.

Despite being tired and hot at the end of each day, we left Le Bourget feeling positive about the industry and where it's headed. 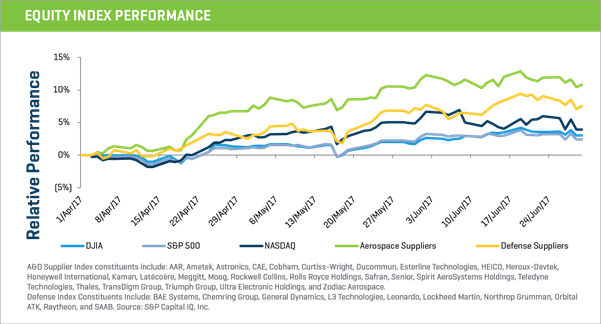