We attended HAI Heli-Expo in Dallas last month.  While we had a great time last year in Louisville, it was clear that most visitors, especially international ones, preferred the Dallas location.  Perhaps as a result the event felt better attended and that may have contributed to a more upbeat mood.

But the industry is definitely in better shape, too.  To be sure, there is still a lot of talk about the effect of low oil & gas prices – and it’s going to likely be a tough year for medium and heavy rotorcraft.  This year, though, the industry seemed to be re-calibrating for lower oil prices. 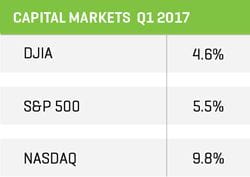 There was also fairly significant optimism around the defense industry.  As we’ve written about before, there are a lot of reasons to be optimistic about defense industry procurement spending going forward.  More importantly, there’s beginning to be more clarity around where that spending will take place.  We spent time talking to clients at the show about positioning themselves to take advantage of trends in the industry. 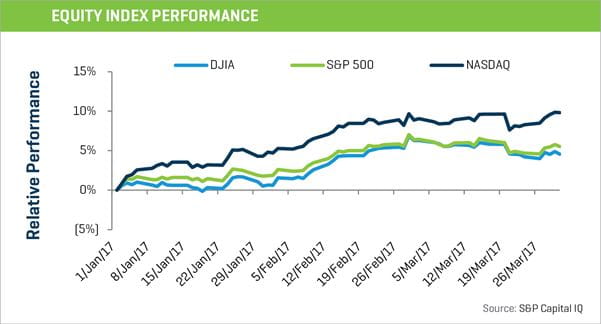 Clients we talk to that are exposed to the defense industry are optimistic about budget increases. But  specifics around the pending budget increases are tough to come by. And while still not perfect, the picture is becoming more clear.

The Trump administration has put forth a preliminary 2018 DoD base budget of $574B, which is about a 5% ($25B) increase over 2017.  OCO funding is expected to be around $65B, resulting in a total DoD budget of somewhere around $639B.  While that would be only 3% higher than the prior year, it is important to remember that the 2017 supplemental budget request added $25B to the 2017 base budget making year-over-year growth look lower.  However, the administration still has to get it through congress.

Most clients we talk to think that while the budget will rise, probably substantially, it won’t be by the full $50B that President Trump has talked about.  So while we don’t know the exact magnitude of the increases, we’re confident that procurement spending will increase and that companies supplying products that facilitate a smaller, more technologically advanced military will be beneficiaries.