Why Investors Should Oppose Goodwill Amortization

Why Investors Should Oppose Goodwill Amortization

Following significant and disruptive modifications to the accounting for revenue and leases, the Financial Accounting Standards Board (FASB or the Board) is now engaged in an effort to simplify the post-acquisition accounting for goodwill.

Currently, capital outlaid on acquisitions is carved up post-transaction into identifiable assets (e.g., working capital, owned and leased tangible assets, and intangible assets such as trade names and trademarks, technology, and customer-related assets), with the residual unidentified portion allocated to goodwill. The acquired business is then grouped into reporting units (generally an operating segment or one level below), and the goodwill is tested for impairment on an annual basis or more frequently upon a triggering event. If the fair value of a reporting unit is lower than the carrying amount of the reporting unit, an impairment charge is assessed.

In July 2019, FASB issued an Invitation to Comment (ITC) in which the Board ponders if the benefits of the current accounting model for goodwill exceed its costs. While the ITC is authored from a neutral position, close watchers see a strong Board preference toward goodwill amortization in lieu of the current impairment model.

Setting aside the accounting minutiae, why should investors care?

In its response to the ITC, the CFA Institute observed that U.S. public companies maintain approximately $5.6 trillion of goodwill that, if amortized (written-off) over 10 years, would reduce earnings by $560 billion annually. S&P 500 constituents carry $3.3 trillion of goodwill, translating to a $330 billion decrease to annual earnings. Moreover, the CFA Institute found that 69 companies in the S&P 500 would take more than 10 years of current profits to absorb the impact of goodwill amortization – that is, they would report no profits in the intervening period.

Also, according to the CFA Institute’s analysis, total impairment charges in 2018 were $158 billion (compared with approximately $560 billion of goodwill write-offs that would arise from goodwill amortization over a 10-year period), implying that just over three quarters of the capital allocated to goodwill was successfully deployed. The acquirer’s earnings in these instances would be unnecessarily penalized through a forced goodwill amortization charge.

Some may argue that reported earnings don’t matter – that sophisticated investors rely more on adjusted earnings measures. Perhaps so. But then, why are earnings per share so widely reported? At a minimum, retail investors and financial journalists will continue to point to lower GAAP earnings as indicative of poorer company performance. And if GAAP earnings are of so little utility, we find FASB’s (and the SEC’s) ongoing crusade against non-GAAP metrics to be curious.

Financial analysts do regularly adjust historical operating results for noncash and nonrecurring metrics. The value of a business is premised on its ability to generate future cash flows, and accordingly, historical financial information is analyzed with the principal objective of assessing the capacity of a business to generate cash flows in the future. Noncash charges or nonrecurring items, including impairment charges, may be removed from historical results to evaluate the reasonableness of future projections that commonly exclude such items. While these items may not be explicitly captured in a valuation analysis, they impact estimations of relative risk and reward depending on their nature and materiality. Importantly, however, the events that gave rise to the noncash or nonrecurring items still happened and should be measured. Arguments in favor of goodwill amortization premised on investors’ use of adjusted earnings are, in this author’s view, hollow and a capitulation of GAAP metrics in favor of non-GAAP metrics.

2. Goodwill Amortization Is Not “Decision Useful”

Goodwill amortization, if adopted, provides no informational utility. Moving away from the current impairment framework toward an amortization model, or to another method that could otherwise minimize the likelihood of reporting bad deals to investors, serves no purpose other than to reduce the cost of preparing and auditing financial statements at the expense of useful information.
In the ITC, the Board cites public company feedback that the benefits of the accounting for intangible assets and goodwill do not justify the cost to prepare and audit the information on the basis that, in part, goodwill impairment charges are often a lagging indicator of the economic factors that lead to the charge.

Even if true, the current goodwill impairment model should not be eliminated on this basis. The events that gave rise to the impairment still happened and should be measured. Market, industry, and company-specific factors disclosed or observed through other means is not a failing of the current goodwill impairment model but simply a practical reality that a periodic test cannot react as quickly as the capital markets. All financial reporting is lagging in one way or another.

Opponents of the current goodwill impairment testing model also argue that impairments only confirm what the market already knew. Investors in The Kraft-Heinz Company (KHC) may disagree. As has been widely reported, KHC reported a $15.4 billion impairment charge on February 21, 2019. The following day, KHC’s market capitalization decreased by $16.1 billion. Causation does not imply correlation – but sometimes a spade is a spade.

Given that over 20% of impairment charges had a corresponding change in market capitalization that exceeded the impairment charge, it seems apparent that the information provided by the goodwill impairment model is highly meaningful to investors.

FASB asks respondents to comment on adding or modifying existing disclosures regarding goodwill and intangible assets. The undercurrent suggests that more or better disclosures could provide financial statement users with better or equal information relative to the current goodwill impairment model.

Currently, companies must disclose 1) they bought a business with investor capital, and it’s worth at least what they paid for it, or 2) they bought a business, it’s no longer worth as much, and here’s what they lost. Do we really believe that different disclosures will be better? Many filings with the SEC are already bloated with boilerplate text and paragraphs upon paragraphs of management discussion and analysis (MD&A) disclosures that provide marginal useful detail. More paragraphs are not the answer.

5. Comparative Financial Analysis Between GAAP and IFRS May Become Even More Challenging

Comparative fundamental analysis (e.g., margins, growth, valuation multiples, etc.) is only as good as the inputs. Divergent cross-border accounting standards make such analyses more challenging. Using the new lease rules as an example, operating lease rent is substantially unchanged from prior generally accepted accounting principles (GAAP), meaning that rent expense is rent expense. Under international financial reporting standards (IFRS), however, operating lease costs are recharacterized into the imputed depreciation and interest cost on the underlying right-of-use assets. Accordingly, earnings before interest, taxes, depreciation, and amortization (EBITDA) calculations under GAAP and IFRS require additional care to ensure that each calculation is on a consistent basis.

There is an additional concern associated with different accounting standards for acquisitions. While many have been disappointed that convergence efforts between FASB and the International Accounting Standards Board (IASB) have fizzled over the last decade, the accounting for business combinations and subsequent accounting for goodwill are mostly similar. If FASB and the IASB were to diverge on goodwill (say, FASB adopts an amortization model while the IASB retains an impairment model), acquisitive companies may wish to find a way to report under one standard or the other.

6. Returns on Capital Will Be Inflated (Eventually)

Over time, once the “pig is through the snake,” acquisitive companies will report the same earnings under an amortization framework as they would under an impairment framework. However, amortized goodwill will erode reported equity capital. Consequently, return on capital measurements between firms will be overstated in an amortization model. Investors’ capital is precious and should be afforded the respect it deserves, not be written down through an economically unjustified formula.

Accounting for goodwill may not be a particularly hot topic in investor communities. But what matters here is that significant capital allocation decisions were made, and companies currently must acknowledge to their stakeholders if the investments were unsuccessful. For all the faults of the current goodwill impairment model, or even the definition of goodwill itself, goodwill impairment signals that capital was destroyed. FASB should not destroy it on purpose. 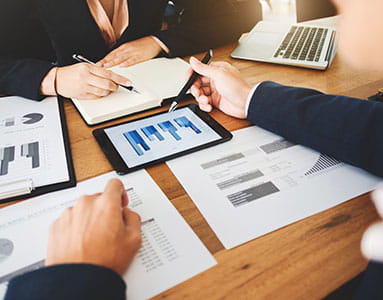