Whether to Change the Subsequent Accounting for Goodwill

Whether to Change the Subsequent Accounting for Goodwill

Stout’s response to the FASB’s ITC on identifiable intangible assets and subsequent accounting for goodwill.

The information below is excerpted from Stout's recent comments sent to the FASB. See related commentary to the FASB here.

The Financial Accounting Standards Board (FASB), on July 9, 2019, issued an invitation to comment (ITC), soliciting feedback from users, preparers and practitioners regarding identifiable intangible assets acquired in a business combination and subsequent accounting for goodwill related to public business entities. At the heart of the ITC are two issues:

While we believe the current practice for identifying and valuing acquired assets and liabilities under Topic 805 should be left unchanged, we support two additional modifications to the current impairment model that would further reduce cost and complexity. The first change is to require an impairment assessment only when a triggering event has occurred. The second change is to perform the goodwill impairment test for reportable segments rather than reporting units. The below excerpts from Stout’s response to the Invitation to Comment – Identifiable Intangible Assets and Subsequent Accounting for Goodwill (File Reference No. 2019-720) provide our perspective on these important issues, specifically on the topic of changing the accounting for goodwill.

With respect to goodwill, we believe the current impairment model should generally be left unchanged.

We believe that elimination of the two-step test has reduced the complexity of measuring goodwill impairments. However, we suspect that many financial statement preparers that have not recorded impairment charges in recent years have yet to realize the reduced cost and complexity of this change. Nonetheless, we support two additional modifications to the current impairment model that would further reduce cost and complexity. The first change is to require an impairment assessment only when a triggering event has occurred. The second change is to perform the goodwill impairment test for reportable segments rather than reporting units. If a company has reportable segments, then it already has the systems and procedures in place to create, report, use, and audit the corresponding financial statement data. This would avoid effort and costs to allocate and test goodwill and intangible assets by reporting unit.

What is goodwill, or in your experience what does goodwill mainly represent?

The fair value of a going concern business can be viewed as the combination of the fair values of the assets that comprise the business. Those assets reside in two categories: 1) items that are both identifiable and quantifiable, such as cash, net working capital, machinery and equipment, real property, and intangible assets; and 2) elements of the business that are not easily defined or measured. The second category is the goodwill of the business. It represents a collection of elements, characteristics, and expectations that generate value incremental to the assets that are identifiable and quantifiable, both now and into perpetuity. That is, goodwill can include products and technologies not yet developed, customers not yet acquired, target markets not yet pursued, strategic partnerships not yet signed, and other business opportunities not yet explored. Goodwill is the engine that allows businesses to grow, develop, and evolve.

Put differently, goodwill reflects the value of a going concern company generated through the assemblage of various assets such that the whole is worth more than the sum of its parts. This is a key reason why businesses are formed in the first place – to deploy capital as a means to acquire and develop productive assets that can generate returns in excess of their costs.

Do the benefits of the information provided by the current goodwill impairment model justify the cost of providing that information? Please explain why or why not in the context of costs and benefits.

Yes, the benefits justify the costs. A business combination is perhaps the most significant transaction a company can undertake. The investment of capital in this context has only two outcomes: the transaction is successful, and value is created or the transaction is unsuccessful and value is destroyed. Acquirers consummate transactions with the expectation of creating value over time. In the current goodwill impairment model, the increase in value from a successful transaction is achieved through higher earnings similar to internally developed assets. The acquirer’s earnings in this instance should not be unnecessarily penalized through a forced goodwill amortization charge that has no basis in reality. If the transaction is unsuccessful, however, the current impairment model provides for a reliable mechanism to measure the amount of value destroyed. Amortizing goodwill is an oversimplification of reality at best, and a misleading financial statement assertion at worst.

The benefit to investors derived from the cost of impairment testing is that the current impairment model provides the best information to assess the degree to which companies are successful in deploying investor capital to execute, integrate, and generate economic benefits from acquired businesses. Moving away from this framework towards an amortization model, or to a method that could minimize the likelihood of reporting this information to investors, serves no purpose other than to reduce cost at the expense of useful information. Business combinations are inevitably complex. The initial and subsequent measurements for such transactions are correspondingly, and appropriately, complex.

In the ITC, the Board cites public entity feedback (PBE) feedback that the benefits of the accounting for intangible assets and goodwill do not justify the cost to prepare and audit the information on the basis that (a) impairment charges are nonrecurring and adjusted in investors’ analyses or eliminated through the use of non-GAAP metrics and (b) goodwill impairment charges are often a lagging indicator of the economic factors that lead to the charge.

In response, we would first like to expand on our rationale for adjusting historical operating results for non-cash and nonrecurring metrics as valuation practitioners. The value of a business is premised on its ability to generate future cash flows, and accordingly we analyze historical financial information with the principal objective of assessing the capacity of a business to generate cash flows in the future. Non-cash charges or nonrecurring items may be removed from historical results to evaluate the reasonableness of future projections that commonly exclude such items. While these items may not be explicitly captured in a valuation analysis, they impact our estimations of relative risk and reward depending on their nature and materiality. Importantly, however, the events that gave rise to the non-cash or nonrecurring items still happened and should be measured. We find arguments in favor of goodwill amortization premised investors’ use of adjusted earnings to be hollow and a capitulation of GAAP metrics in favor of non-GAAP metrics.

Second, we disagree with the notion that the current goodwill impairment model should be eliminated on the basis that impairment charges are often a lagging indicator. As stated above, the events that gave rise to the impairment still happened and should be measured. Moreover, we contend that market, industry, and company-specific factors disclosed or observed through other means is not a failing of the current goodwill impairment model, but simply a practical reality that a periodic test cannot react as quickly as the capital markets.

Given that over 20% of impairment charges had a corresponding change in market capitalization that exceeded the impairment charge, it seems apparent that the information provided by the goodwill impairment model is highly meaningful to financial statement users.

Relative to the current impairment model, how much do you support (or oppose) removing the requirement to assess goodwill (qualitatively or quantitatively) for impairment at least annually? Please explain why in your response.

Relative to the current impairment model, how much do you support (or oppose) providing an option to test goodwill at the entity level (or at a level other than the reporting unit)? Please explain why in your response.

However, we believe that conducting the goodwill impairment test at the reportable segment level, rather than at the reporting unit level (if different), would reduce the complexity and cost of the current impairment model while at the same time striking a balance with our concerns above regarding testing at the entity level.

Many PBEs do not regularly manage their businesses by reporting unit, and consequently may prepare reporting unit-level financial statements only for the purpose of the impairment test. While we believe the reporting unit framework has its advantages in terms of more discretely monitoring the success of acquisitions, this is an area where the burden could be alleviated. If a company has reportable segments, then it already has systems and procedures in place to create, report, use, and audit the corresponding financial data on that basis. The incremental effort and cost to perform the goodwill impairment test by reportable segment would not be significant.

Under current GAAP, to what extent does non-comparability in the accounting for goodwill and certain recognized intangible assets between PBEs and private business entities and not-for-profit entities reduce the usefulness of financial reporting information? Please explain your response.

Net income is not comparable between acquisitive PBEs and private companies due to the treatment of customer relationships, non-compete agreements, and amortization of goodwill. However, it is important to consider the context through which the users of the financial information are evaluating such information.

In our experience, private companies fall into one of two categories: (1) closely held businesses that are principally concerned with cash generation and tax accounting and (2) private equity or venture capital-backed businesses for whom the principal financial statement users are either lenders or future acquirers that would buy the business as a whole.

For the first group, while we would contend that accurate reporting of intangible asset amortization and goodwill impairment (if any) is informative, closely held businesses should be afforded latitude to evaluate the financial performance of their business with fewer restrictions to suit their owners and other interested parties.

For the second group, again while lenders may be informed by the accounting for these items, their principal concern pertains to the reporting entity’s capacity to repay its debts, and correspondingly are more focused on cash-flow generation. In this vein, stock compensation is frequently disregarded for the purpose of measuring capacity to repay debts. With respect to private equity or venture capital investors, these parties tend to view investments in portfolio companies through the lens of a controlling transaction, whereby they or a future buyer will be able to influence and direct capital allocation, constitution and compensation of the management team, and other factors embodied in adjusted earnings.

For PBEs, however, public investors and other financial statement users include a far more diversified and varied constituency with a longer aggregate investment horizon. These constituencies rely on reported net income and earnings per share in addition to non-GAAP metrics. Considering the significance of intangible assets and goodwill in modern business combinations, moving to an amortization model solely on the basis of cost prompts the question of whether GAAP has lost its relevance and should be replaced with a system of non-GAAP reporting. 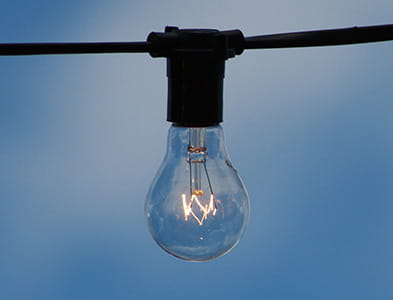 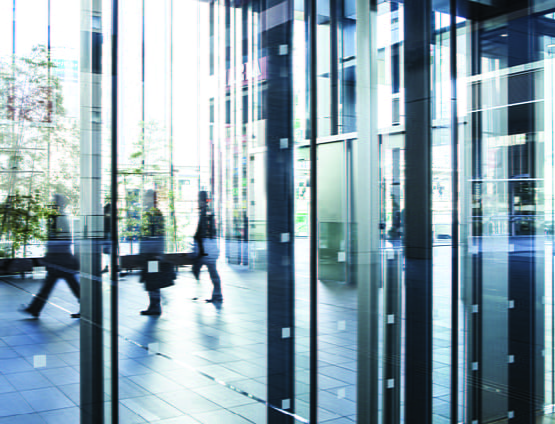