Real Property or Disguised Financing? A Closer Look at the Treatment of Oil and Gas Financing Transactions in Bankruptcy

Real Property or Disguised Financing? A Closer Look at the Treatment of Oil and Gas Financing Transactions in Bankruptcy

This article begins with a discussion of certain types of oil and gas financing transactions and follows with an evaluation of how such transactions may be treated in bankruptcy. Although production payments are typically excluded from property of a bankruptcy estate, recent challenges to production payments suggest that certain interests could be considered debts rather than conveyances of real property interests, thereby including property interests in the debtor’s bankruptcy estate.

A traditional oil and gas financing structure is a reserve-based loan (“RBL”) secured by the borrower’s oil and gas reserves, under which the borrower can usually borrow up to the amount of the borrowing base. Typically, to determine the borrowing base, the lender evaluates a third-party reserve engineer’s reserve report, which estimates the value of five types of the borrower’s reserves — proved developed producing, proved developed nonproducing, proved undeveloped, probable, and possible — based on certain assumptions for pricing and costs.

The lender evaluates the borrowing base annually or semiannually, redetermining it as necessary. Borrowing base redeterminations can limit a borrower’s access to capital, particularly where a sharp decline in oil prices results in a significant decrease in the reserves’ value and a correspondingly large reduction of the borrowing base. Because the borrower must repay the RBL obligations, the borrower bears the risk that production will not yield sufficient revenues to service its debt.

Typically, an NPI is calculated by deducting specified expenses, such as lease operating expenses, from revenues generated from production, and then multiplying the portion of revenues that exceed the expenses by a specified percentage.9 NPIs usually last for the term of the lease and are payable in cash rather than in kind. Under Texas law, NPIs are generally considered real property interests.10

Treatment of RBLs, Production Payments, and NPIs in Bankruptcy

In bankruptcy, an RBL is treated differently than is a production payment or an NPI. An RBL is treated as a claim secured by the debtor-borrower’s oil and gas reserves, which are property of the debtor’s bankruptcy estate, and the claim is treated in accordance with the priority scheme of the Bankruptcy Code. During the bankruptcy case, the debtor does not necessarily have to make payments on the loan.11

Exclusion from Property of the Estate

Traditional production payments and VPPs generally fit the definition of “production payment” under the Bankruptcy Code, but NPIs do not because they are not “determined without regard to production costs.” Nonetheless, if an NPI is considered a real property interest under applicable state law, a court could find that an NPI conveyed prior to bankruptcy is not property of the debtor’s estate.

Notwithstanding the operation of Sections 541(a) and (b) of the Bankruptcy Code, the addition of debt-like features could cause a production payment to be recharacterized as a loan, thereby keeping the production payment in the estate. In ATP Oil & Gas Corporation (“ATP”), ATP asserted that the “economic realities” of the conveyances of certain term ORRIs and NPIs (the “Subject Interests”) were “consistent with a traditional financing arrangement and not a sale or absolute conveyance of a property interest.”14 Accordingly, ATP requested entry of judgments declaring that the conveyances of the Subject Interests constituted “disguised financing arrangements” and that the Subject Interests and any proceeds attributable thereto were property of ATP’s estate.15

In denying a Subject Interest owner’s motion for summary judgment in one proceeding, the court scrutinized various aspects of ATP’s conveyance of the term ORRI and found, among other things, a genuine issue of material fact as to whether the calculation of the term of the ORRI, based on a formula providing a specified return on investment, was consistent with a term ORRI under Louisiana law.16 The court explained:

Increased revenues result in faster repayment and thus lower interest income accrued during the term of the ORRI. The fact that increased revenue from the properties leads to a decrease in [the Subject Interest owner’s] income appears to be at odds with real property ownership.17 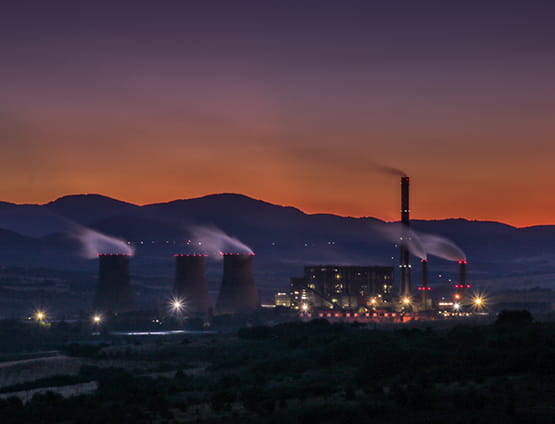