Your Nurse Will See You Now: How APPs Are Expanding Care Delivery

Your Nurse Will See You Now: How APPs Are Expanding Care Delivery

With the challenges of more Americans seeking care and access to care, the use of extenders has helped improve access and provide needed assistance to doctors.

If you recently visited your doctor’s office and haven’t already been treated by an “extender” or “advanced practice professional,” (e.g., a nurse practitioner [NP] or physician’s assistant [PA]), you may in the near future.

Advanced practice professionals (APPs) have graduate-level medical training. While they don’t attend medical school, they do undergo rigorous medical training and serve a crucial role in expanding care delivery. They are deployed in a variety of avenues, such as managing specialty clinics (e.g., a congestive heart failure clinic), seeing patients under the supervision of a doctor, seeing patients alone, and often focusing on and developing expertise in care delivery in specialty clinics, such as cardiology or dermatology. In many instances, they can now be reimbursed by insurance companies for the services they provide to patients.

PAs and NPs have differing scopes of practice (i.e., what they are allowed to do, clinically), depending on the state and other requirements. Several years ago, insurance companies did not reimburse extenders for their services rendered, so doctors were required to provide supervision and input on patient care plans, then bill under the doctor’s unique billing number. Today, Medicare pays billable extenders 85% of the Medicare fee schedule if the extenders see patients on their own and bill under their individual billing numbers. If billed under doctors’ numbers, the full Medicare rate is paid. As noted in Figure 1, if a doctor is paid $100 for a service, the APP, billing through his or her billing number, would collect $85 for the same “work” and effort. However, if the doctor supplies supervision and assists in the care-plan review and decision making, the “work” can be billed under the doctor’s billing number and be reimbursed at the full allowable rate.

How insurance companies pay for APP services rendered varies from state to state and, thus, can complicate analysis of a medical practice’s revenue potential. Medicare and Medicaid pay for services rendered by APPs.

Several driving forces lie behind the increased use of APPs, including, but not limited to:

In some instances, it might make sense for a medical practice to hire more APPs than physicians. By way of an (overly simplistic) example, see Figure 2 below.

In Figure 2, Practice 1 has one doctor and two NPs. Total salaries for all clinicians are $490,000 (exclusive of taxes and benefits, etc.). The doctor generates $1 million in revenue per year, and the NPs individually collect $500,000 each (or another $1 million total). Total revenue in the practice is $2,000,000 on $490,000 in salaries, generating a profit of $1.51 million (this does not consider other operating expenses––again, it’s a simplistic analysis).

Practice 2 has two doctors, each of whom makes $300,000 per year and generates $1 million. Total revenue generated is $2 million, with a gross profit of $1.4 million (again, exclusive of other operating expenses).

Admittedly this is an overly simplistic example. Many variables and inputs drive the clinical staffing model, which is not static, but Figure 2 graphically paints a picture of the financial benefits from using APPs in a clinical setting.

In Figure 3, we examine an even larger coterie of APPs in a medical practice.

In Figure 3, Practice 1 has one physician and six APPs billing on their own. The math in this instance becomes more glaring in terms of profitability.

Again, this is not a one-size-fits-all model. It may make sense for Practice 1 to hire 10 doctors, as the practice grows, based on specialty needs, geography, patient demographics, etc.

As medical practices grow busier, the need to expand clinical access grows in kind, and if you’ve tried to get an appointment with your primary care doctor lately (or maybe even a specialist), I’d be surprised if you were scheduled within one month of your call. (Practices that are optimized should get you in to the practice within seven to 14 days.)

Technological advances in the delivery of care (e.g., telehealth) will help reduce the demand on brick-and-mortar medical practices, but demand will remain strong. The use of disruptive delivery models and the deployment of advanced practice professionals will continue to grow, along with demand for patient access and new clinical graduates.

This article originally appeared on Forbes.com. 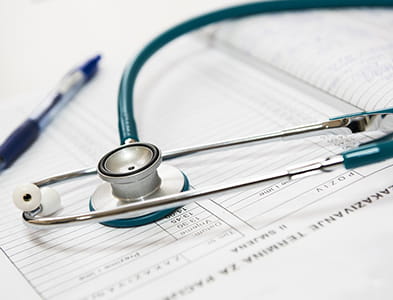