When entering into financing arrangements, private equity funds and their portfolio companies should be aware of the risks and challenges of recharacterization.

Private equity funds often provide capital to portfolio companies through equity infusions and debt financing depending on a fund’s investment strategy and the portfolio companies’ needs. These strategies often unlock value for investors, but in the case of bankruptcy, may make the funds the target of a recharacterization action by the trustee or other investors and creditors. In order to avoid future recharacterization, fund principals should be mindful of the structure of financing used, the documentation of those transactions, and the choice of law specified.

In Cohen v. KB Mezzanine Fund II, LP, the fund (“KB”) held senior subordinated notes of the debtor (“SubMicron”)3. In connection with these notes, KB received a seat on SubMicron’s board of directors. Over the course of two years, SubMicron issued several other notes to KB. In 1999, SubMicron was “insolvent, undercapitalized, had no ability to pay cash interest on any of its debt and no third parties other than [KB]…would have been willing to loan SubMicron more money.”4 On September 1, 1999, SubMicron filed for Chapter 11 bankruptcy.5 After the close of the §363 sale of the company’s assets, SubMicron’s plan administrator sought several remedies — including the recharacterization of KB’s earlier fundings as equity instead of debt — against KB and other defendants.6

In the appellate court’s review of the district court’s decision, the former acknowledged and provided examples of the multifactor tests various courts have used in recharacterization inquiries. The appellate court pointed out that consideration of these factors “devolve[s] to an overarching inquiry: the characterization as debt or equity is a court’s attempt to discern whether the parties called an instrument one thing when in fact they intended it as something else [emphasis added].”7 The appellate court continued, “Form is no doubt a factor, but in the end it is no more than an indicator of what the parties actually intended and acted on.”8

In Radnor Holdings v. Tennenbaum Capital Partners, LLC, the bankruptcy court conducted an inquiry into the intent of hedge fund Tennenbaum Capital Partners (“TCP”) regarding several fundings to Radnor Holdings Corporation (“Radnor”). TCP made three contributions to Radnor: $25 million of preferred stock, $95 million of senior secured debt and a $23.5 million secured loan.13 Pursuant to an Investor’s Rights Agreement between TCP and Radnor’s shareholders, the fund obtained the right to designate one representative to Radnor’s board of directors, with the opportunity to increase that representation should Radnor meet certain earnings targets.14 In the months following the agreement, however, Radnor’s financial performance suffered, and its other lenders threatened to terminate funding under a working capital facility, leaving Radnor with no option but to file for bankruptcy.15

Radnor requested that TCP provide a stalking horse bid “on terms that would ensure the highest and best offer for [Radnor’s] assets.” TCP agreed to provide the bid out of concern that the bankruptcy would otherwise result in a liquidation of Radnor’s assets;16 TCP accordingly negotiated an Asset Purchase Agreement on August 21, 2006.17 On October 31, 2006, the creditors’ committee filed a complaint against TCP, alleging that the fund entered into the loans as a means to acquire Radnor in a “loan to own” scheme.18

Using “the comprehensive analysis of ‘intent’ adopted by the Third Circuit in SubMicron,” the Radnor court looked to the transaction documents and found:

that the TCP Loans (a) are referred to as “debt” and/or “indebtedness”…(b) were consistently referred to by all parties as “loans” and/or “indebtedness”; (c) contained a fixed maturity of date September 15, 2009; (d) gave TCP the right to enforce the payment of principal and interest; (e) contain no “voting rights”; (f) were treated as priority debt instruments, the proceeds of which were used for working capital and to replace and/or pay down existing debt; and (g) are secured interests given priority in a liquidation or insolvency.19

The Radnor decision underscores that clearly and carefully drafted transaction documents may be invaluable in demonstrating the intent of the parties when facing a later recharacterization challenge.

The insights from SubMicron and Radnor are instructive. As the Submicron court pointed out, an inquiry into the question of recharacterization is, at least in part, an attempt to understand the intent of the parties. Funds should therefore be careful with both documentation and conduct when providing funds to portfolio companies.

Listed below are several examples of the types of documentation that may be found in a debt funding, along with illustrative content based on the themes articulated in Submicron and Radnor:

These documents memorialize a portfolio company’s borrowings and should clearly state the nature of the funding, amount of funding, interest rates, repayment dates, covenant terms and lender’s recourse in the event of default. These agreements should also specify the purposes for which funds may be used. As articulated in SubMicron, form is only an indicator of intent; the parties must act in a manner consistent with documented terms. Borrowers should make reasonable efforts to make timely payments of principal and interest, and lenders should take appropriate, reasonable recourse when a borrower is delinquent, consistent with other borrowers, circumstances or industry norms. Because of disparities among the various circuits as to whether state law or federal law controls courts’ ability to recharacterize debt, parties should give appropriate consideration to choice of law clauses when drafting all agreements.

Books and Records of Lenders and Borrowers

In addition to transaction documents, funds should be able to rely on their own underlying accounting records, as well as those of the borrowing portfolio company, to provide evidence of intent. Borrowers’ accounting records should include debt funding as “notes payable” or a similar classification to reflect that the funding is debt. Periodic disbursements to the lender should be recorded as interest expenses and reductions to the note balance, consistent with the terms of the note or facility, rather than as dividends charged against equity. The corresponding asset should be recorded by the lender as a “note receivable,” with recognition of periodic interest income and scheduled amortization of the note balance. Conversely, fundings recorded by the lender as assets and described as “Investments in Subsidiary/Portfolio Company” are likely to be construed to represent equity investments rather than lending arrangements.

Banks, the SEC, and other regulatory authorities may require the borrowing portfolio company to provide periodic reports or disclosures of specific transactions or financing activities. These reports or disclosures often contain financial statements or other information that identifies sources of financing. Consistent with the discussion of books and records above, courts may look to the characterization of fundings in these disclosures as evidence of the parties’ intent. Financial statements, including the notes therein, UCC financing statements, business plans, etc., may contain descriptions of the relevant fundings that may be indicative of intent.

Private equity funds and their portfolio companies enter into a variety of types of financing arrangements — including distinctly debt, distinctly equity and a combination of the attributes of the two — to achieve investing and operational goals. When entering into such arrangements, funds and their portfolio companies should be aware of the risks and challenges associated with recharacterization. Lending funds can look to the recharacterization analyses of courts, including those of SubMicron and Radnor Holdings, to obtain a better understanding of how courts evaluate the intent of the parties. By affording due attention to the form and substance of an arrangement, private equity funds and other investors can help ensure that their claims withstand recharacterization challenges. 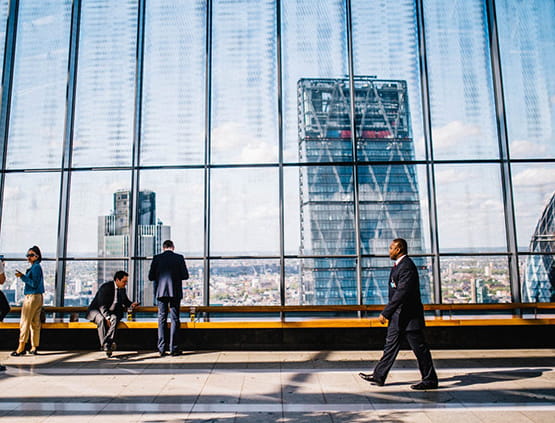