Is Winter Coming to Pay TV?

Is Winter Coming to Pay TV?

The kings of multichannel TV have been buffeted by winds of change. While their future is uncertain, they have some weapons to rely upon.

Netflix vs. Hulu vs. Amazon. YouTube TV vs. Yahoo View. HBO vs. Starz vs. Showtime. The 126 million U.S. television watchers have never had more options for how to consume entertainment.

And at the same time, approximately 20% of U.S. consumers have chosen to minimize their options by cutting the cord or never subscribing to cable or satellite service in the first place. As an upshot, cable TV subscriptions continue to decline, from 101 million in 2015 to 99 million in 2016, according to UBS.

How does this whirlpool of trends impact the value of these companies? Will established multichannel distributors be sunk by cord-cutters? Will upstart content providers wipe out HBO and Showtime?

To find the answers, let’s first look at the market values for multichannel system operators (MSOs). As the table below shows, MSO revenues have been generally rising in the past four years. EBITDA multiples have been flat to increasing, and EBITDA margins are growing. (EBITDA refers to earnings before interest, taxes, depreciation, and amortization.)

Clearly, cord-cutters aren’t killing the MSOs. Indeed, the MSOs have anticipated the cord-cutting trend for years. The subscriber losses are offset by the gains in more profitable broadband Internet services.

So the health of broadband is far more meaningful to MSOs than video subscriber losses. As a result, getting that broadband line into consumers homes is critical for MSOs. That is why the “triple-play” is such a common cable company tactic to gain entry into consumers’ homes.

While this may result in a less profitable promotional period for the cable provider, as long as the subscriber keeps broadband – either by cutting phone and cable, or by staying with the triple play at the higher, nonpromotional price – the cable companies’ investment in the consumer during the promotional period pays off relatively quickly.

While the ongoing war for content rages on between the streaming service providers, over-the-top (OTT) content providers and traditional cable channels, the demand for cable’s profitable broadband service has never been higher.

At some point broadband saturation, pricing pressure, or some other yet-to-be-determined threat may emerge. But there’s another high-margin offering that MSOs are counting on to help them maintain growth: wireless phone service.

We’ve already seen a lot of cable and satellite company activity in the mobile arena. AT&T made a key move into the wireless direction in 2014 when it announced its acquisition of DirecTV. The merger enabled AT&T to cross-sell broadband and wireless services to DirecTV customers, and vice versa.

Meanwhile, DirecTV’s satellite rival, Dish, has invested billions in cellular spectrum for many years, and has openly and actively attempted to merge with a wireless provider.

Earlier this year, Comcast and Charter announced a plan to offer wireless services to their customers, while sharing back-office costs such as invoicing and device-ordering. With more and more content consumed on mobile devices and strong profit margins in the wireless space, one can see the logic of such moves.

While all that is happening on the distribution front, the traditional cable channels have been facing a great deal of pressure from streaming services.

Granted, longtime content leader HBO led the 2017 Emmy nominations, with 111, but Netflix was in a close second place with 91. Netflix’s publicly disclosed EBITDA margin is an impressive 60%, allowing the company to continue investing in premium content.

Content was also a publicized driver of Discovery Communications’ proposed $14.6 billion acquisition of Scripps Networks (known for HGTV, Food Network, Travel Channel, and others), which emerged in July 2017.

The announcement of the deal stated, “Discovery’s added scale, content engine and multiple brand offerings will present a compelling opportunity for new digital distribution partners, including mobile, OTT, and direct-to-consumer platforms and offerings.”

Additionally, analysts noted that the combined company would be better positioned to gain leverage with MSOs during affiliation negotiations. However, Discovery’s stock price declined 8% on the date of the announcement and continued to decline in months following. And a recent Moffat Nathanson report expresses concerns that the ratings of some Scripps channels have flattened out, which could limit advertising revenue potential.

It’s difficult to assess how these trends impact the market value of other cable networks, since the leading cable channels are segments of larger companies. Because their profitability or indications of standalone market value are not fully available, the focus often shifts to subscriber count.

Among traditional cable networks, ESPN has traditionally had the greatest number of U.S. subscribers. Analysts have long debated the value of the Walt Disney Co. property. Back in 2014, analysts estimated that it had a $50 billion market value.

More recently, ESPN and other ad-supported channels have lost subscribers. According to 20th Television’s analysis of Nielsen October 2017 universe estimates, channels including ESPN, MSNBC, TLC, A&E Network, Discovery, and History have over 3 million fewer subscribers than they did two years ago. Those numbers are inclusive of both traditional and OTT distributors (like DirecTV Now and Hulu Live). That’s just a few examples of the channels experiencing drop-offs.

While the basic and premium channels are both affected by cord-cutting, a larger number of consumers are defecting from basic packages of channels, rather than from premium channels like Showtime or HBO.

It should be noted that ad-supported channels historically have had far more subscribers than HBO, Starz, or Showtime and therefore had more subscribers to lose. ESPN had 88 million U.S. subscribers at the end of 2016 versus HBO’s 49 million, according to the research firm Statista.

One could also theorize that because the premium channels were offered as streaming services for a longer period of time than ESPN and other lower-tier channels, they haven’t been able to profit from over-the-top viewing to the same extent.

ESPN’s situation, in particular, is confusing to the industry because the “live” nature of sports programming seemed to be such a strength in the past. Yet overall sports viewership (excluding Olympics) is down from 2016 to 2017, including former stalwarts such as NFL football and sports commentary programming.

It’s long been said that content is king, but clearly there’s a great Game of Thrones going on among cable and streaming content channels. The future seems clearer for the MSOs, at present, as they continue to rely upon broadband and wireless to stave off any downward financial trend. 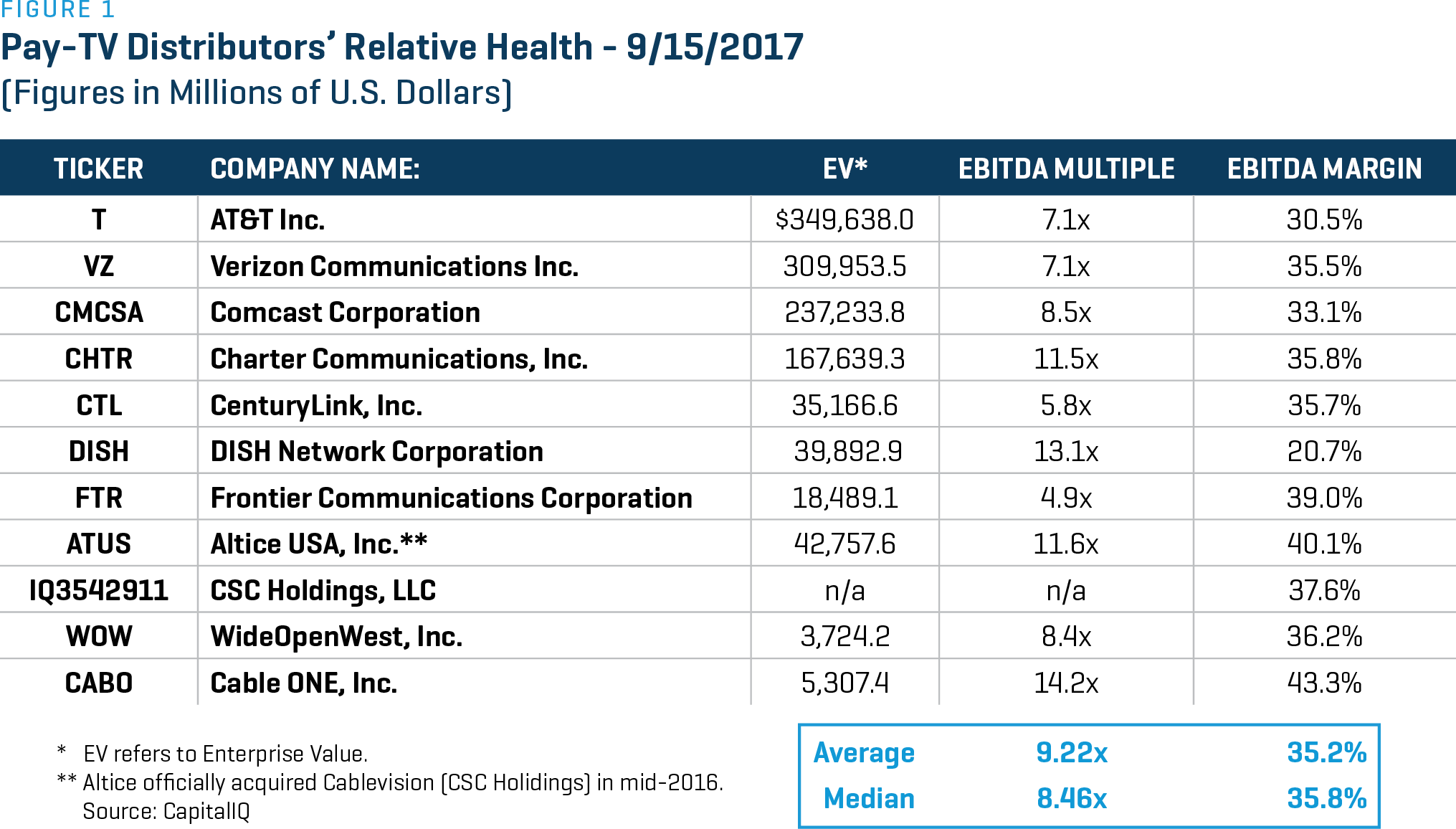 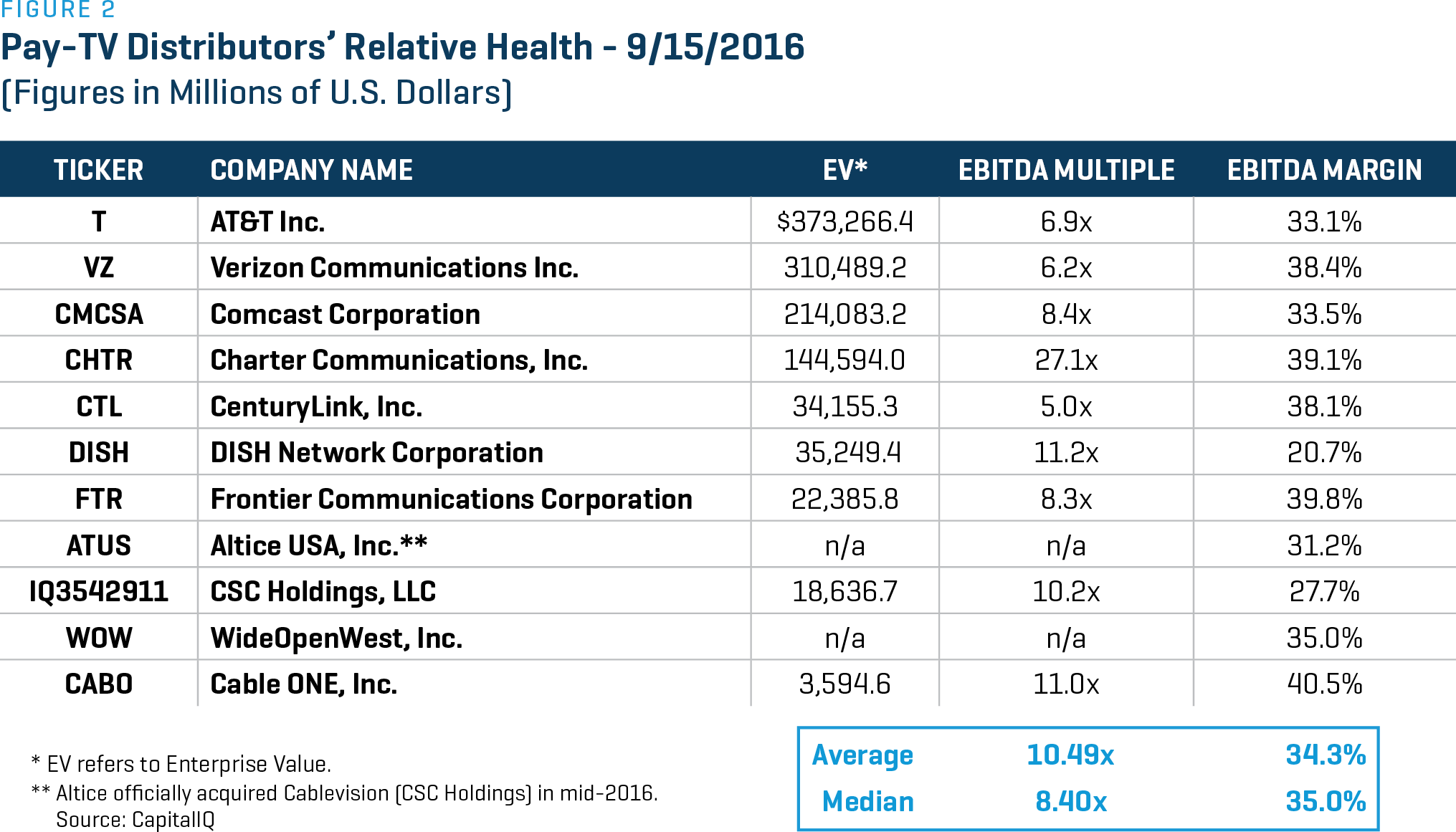 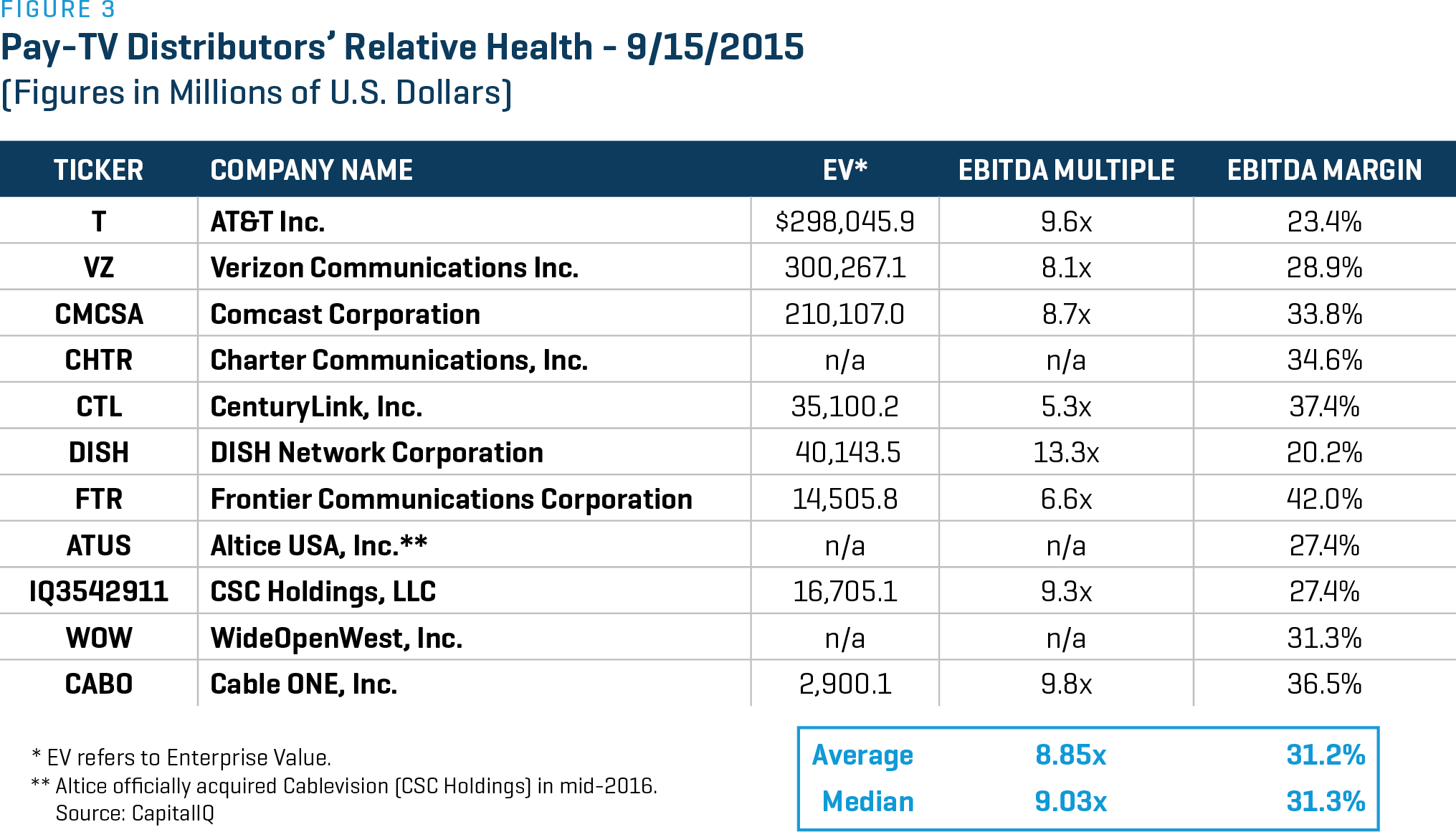 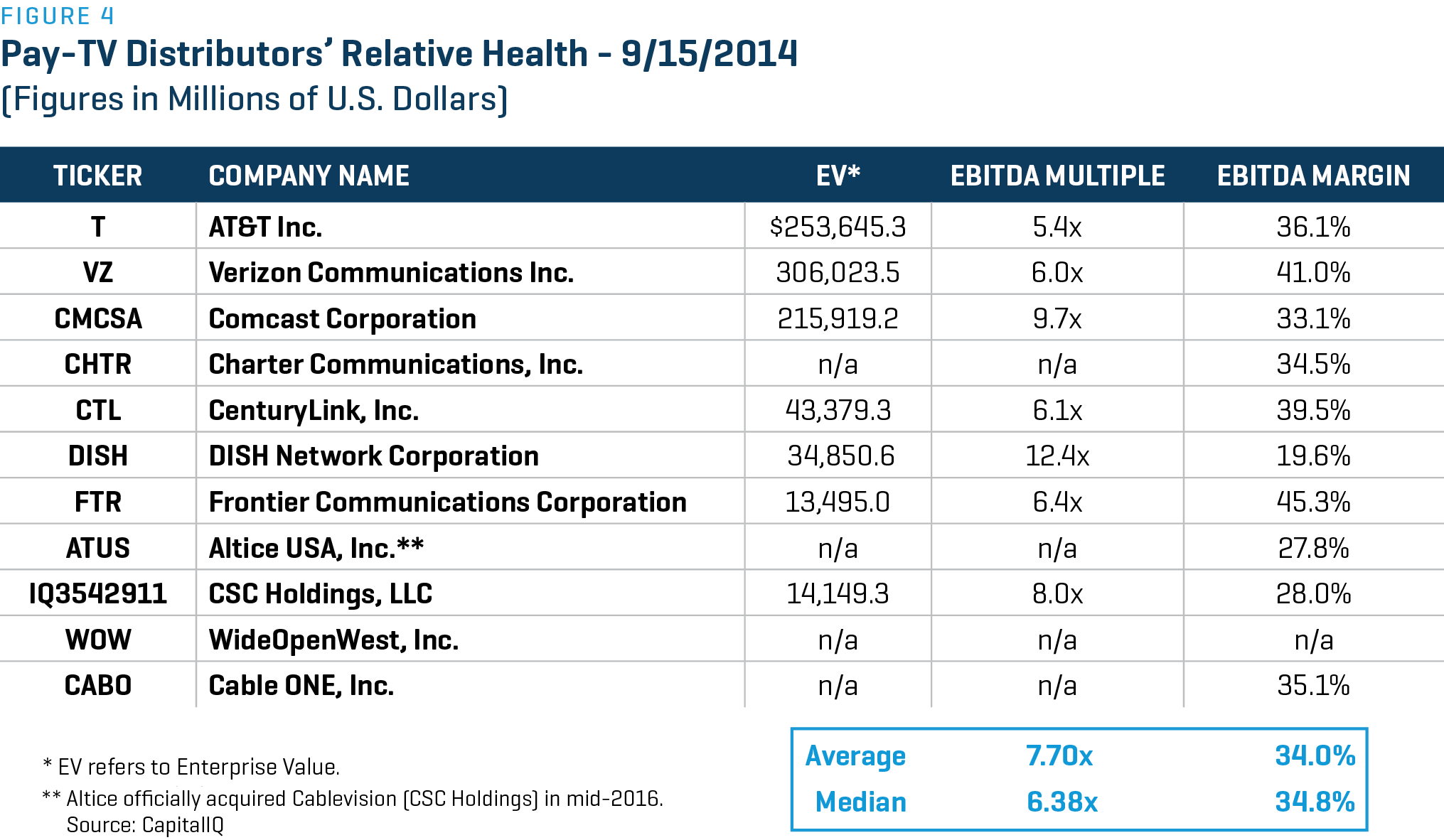 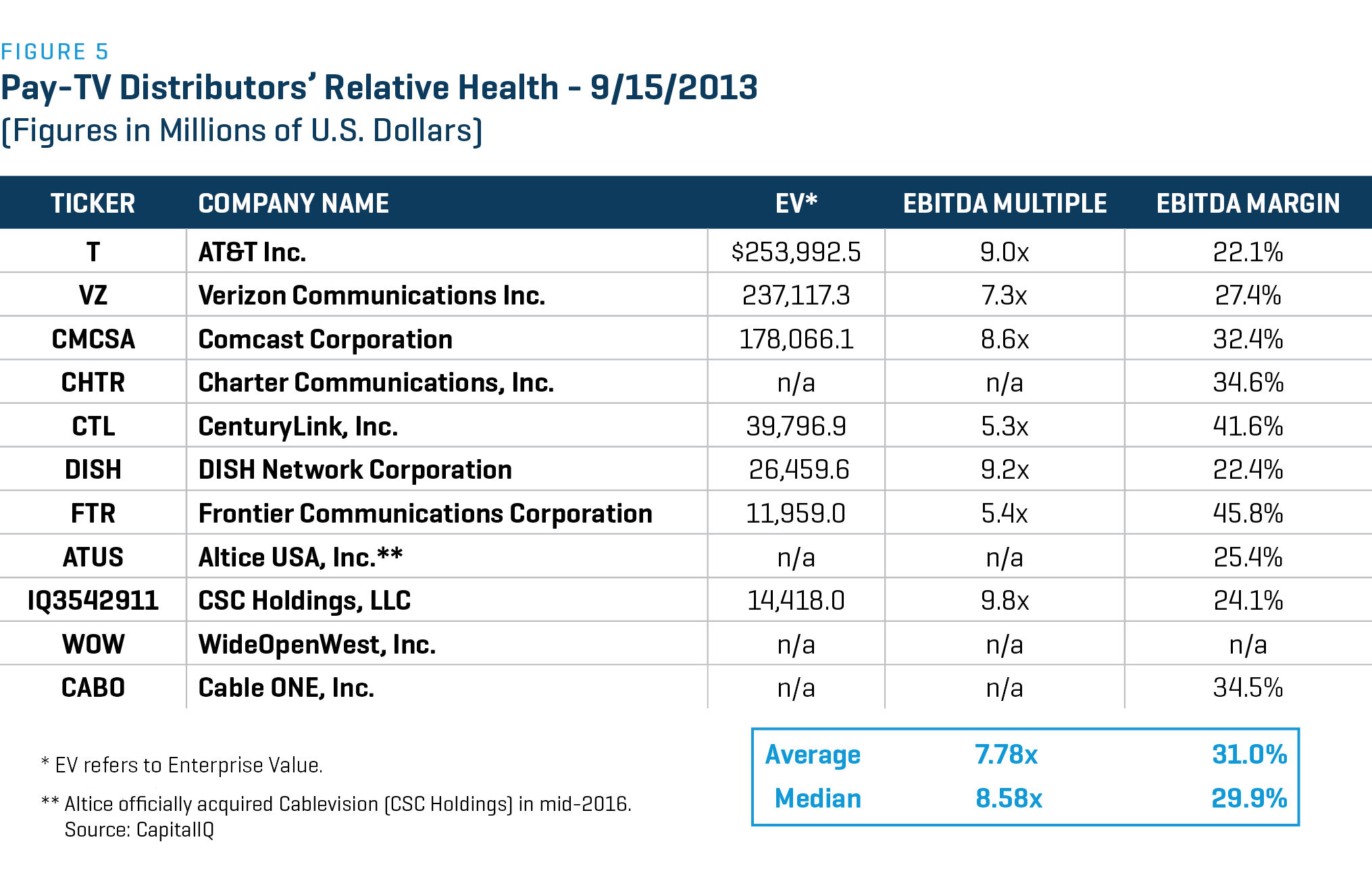